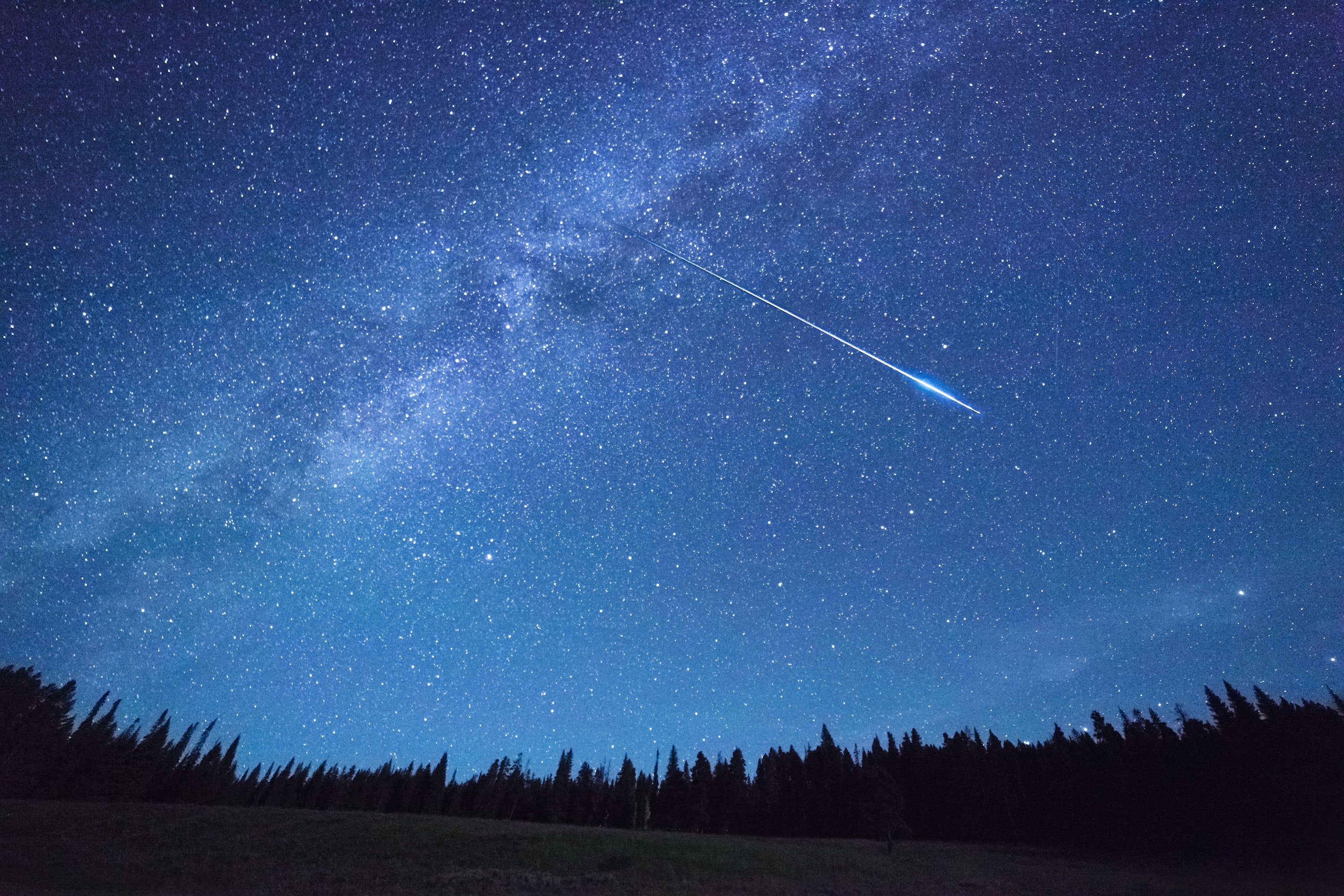 The annual Quadrantids meteor shower will light up British skies tonight from midnight until dawn.

The Quadrantids appear every January and NASA has described the shooting stars as “one of the best meteor showers of the year.”

This year the Quadrantids will peak over the nights of 2 January and 3 January, and astronomers at the Royal Observatory Greenwich in London estimate we’ll see around 60 per hour.

The best time to view the shower is between midnight and 6am, and it’s best not to use binoculars or a telescope as this equipment is more suited to viewing stationary objects.

“For the best conditions, you want to find a safe location away from street lights and other sources of light pollution,” says the Royal Observatory.

“To give yourself the best chance of spotting the meteors, head out to an open and dark area, allowing your eyes time to become sensitive in the darkness by avoiding any bright sources of light like a mobile phone.

“Once you’re set up, be patient and enjoy the spectacle – it’ll be visible until dawn.”

Meteor showers, or shooting stars, are caused when pieces of debris, known as meteorites, enter the planet’s atmosphere at speeds of around 43 miles per second, burning up and causing streaks of light.

The Quadrantids are particularly famed for their brighter-than-usual “fireball” meteors.

These are lauded by astronomers for leaving large trails of colourful light and persisting significantly longer than regular meteor streaks.

Unlike most meteor showers which originate from comets, it is believed the Quadrantids originate from an asteroid called 2003 EH1, which takes around five-and-a-half years to orbit the Sun.

Though most meteor showers have a two-day peak, the Quadrantids only have a peak window of six hours each night.

NASA explains: “The reason the peak is so short is due to the shower’s thin stream of particles and the fact that the Earth crosses the stream at a perpendicular angle.”