Italy announces a suspension of all foreign travel from the UK

Such a move by Mr Renzi, whose party has just two government ministers and is currently polling at less than three percent, has sparked outrage among Italian citizens as the country remains gripped by the pandemic. A recent poll found almost three quarters of Italians thought the leader of Italia Viva was pursuing his own selfish political objectives rather than the interests of the country.

Pulling support from prime minister Giuseppe Conte’s government could cause the coalition to collapse entirely as it leaves the government without a majority in parliament and on the brink of collapse.

Italia Viva has only 48 seats in the upper and lower houses of parliament but they are decisive in ensuring a government majority.

Mr Renzi has just said his ministers, for agriculture and family, are resigning from the government.

He said: “It is up to Conte to decide the next step.”

The row first emerged over Mr Conte’s outline for the economic recovery plan, which the Italia Viva politician has described as “devoid of ambition and soul”. 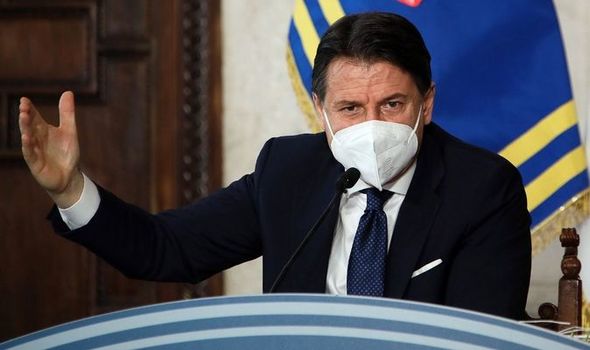 He believes the government should allocate more of the €209 billion (£187.5 billion) EU stimulus package to the health sector.

Despite his opposition, the Recovery Plan was approved by the cabinet late on Tuesday night.

Mr Renzi, who served as the Italian prime minister from February 2014 to December 2016, has little support from Italian citizens.

An Ipsos poll found that 46 percent of Italians did not understand the reason for the crisis. 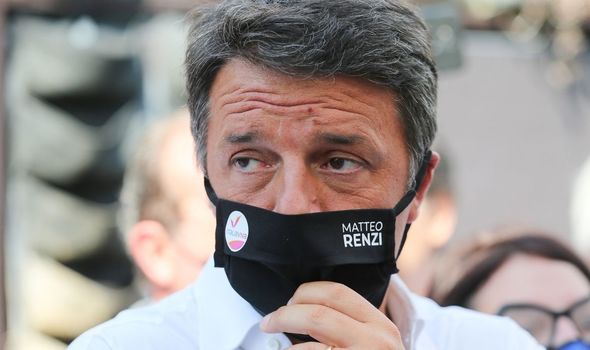 The survey, published on Wednesday, also found that 73 percent thought Mr Renzi was pursuing his own selfish political objectives rather than the interests of the country.

Political analysts have said Mr Renzi’s opposition to the recovery fund is more about his yearning for more political power.

Roberto D’Alimonte, a professor of politics at Luiss University in Rome, told The Telegraph: “Renzi’s plan A is to get rid of Conte, but that is difficult. So plan B is to have a new Conte government but with a bigger role for Renzi’s party.

“Renzi has just three per cent of votes so he has nothing to lose. He’s gambling. 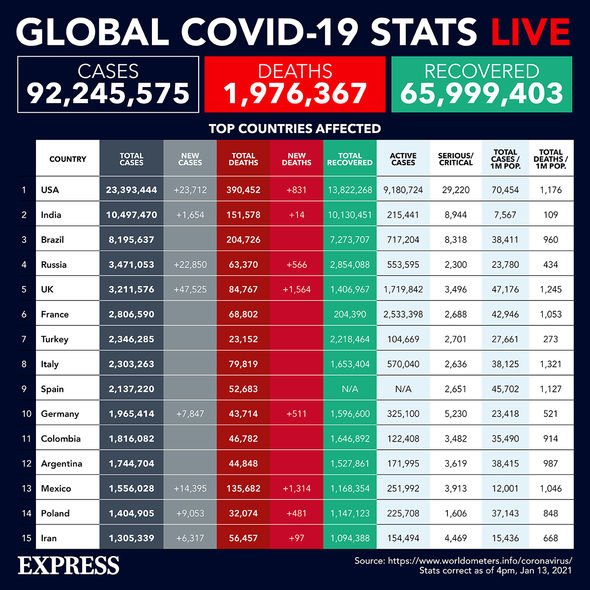 “He wants to regain some sort of centrality, greater visibility.”

The academic added: “Conte made a mistake because he sidelined Renzi and although Renzi has only three percent of the vote, his support is pivotal – he has 18 senators in the upper house and 30 MPs in the lower house.”

The current Italian government has been in place since 2019, after Matteo Salvini’s far-right League party pulled his support from the coalition.

If the current political crisis prompts an early election, Mr Salvini is likely to return to power with a coalition of right-wing parties.

The political infighting comes as Italy continues to grapple with COVID-19, as deaths near 80,000.