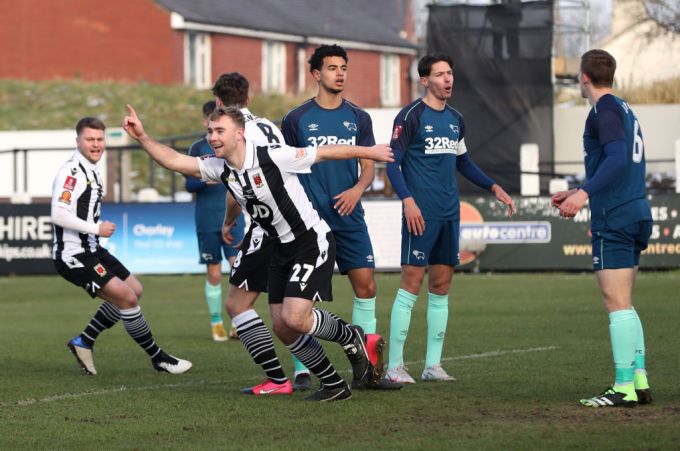 The draw for the FA Cup fourth round served up a titanic all-Premier League clash and a dream home fixture for non-league Chorley.

Manchester United and Liverpool will go head-to-head in the last 32, but the top-flight big boys were otherwise largely kept apart, while League Two Cheltenham were handed a date with Pep Guardiola and his all-star Manchester City side.

Here, the PA News agency takes a look at some of the round’s more interesting ties.

Former Liverpool Peter Crouch may not have been the most popular man on Merseyside after he drew the Reds against their long-standing rivals at Old Trafford. The two clubs have won the competition 19 times between them with United leading that battle 12-7, although Anfield side last lifted the trophy in 2006. They met in the competition most recently at the same stage in 2012 when Dirk Kuyt’s late strike sent home side Liverpool through 2-1.

"It's what we wanted with Premier League opposition at home"@chorleyfc host #Wolves in the fourth round of the #FACup – a game with a huge amount of history, as boss for Jamie Vermiglio told @bbcmotd#bbcfacup pic.twitter.com/D74a1EdcIp

Having dispensed with Sky Bet Championship Derby’s coronavirus-depleted side at Victory Park, National League North Chorley landed a plum home tie against Premier League Wolves. The game will rekindle memories for the club’s older supporters, and for chairman Ken Wright. In November 1986, Wright was the club’s manager and guided his side to a 3-0 victory over the men from Molineux, then a third division outfit, in the first round at the third time of asking after two 1-1 draws. A repeat this time around might see them host 14-times winners Arsenal in the last 16 if the Gunners get past either Southampton or Shrewsbury.

Cheltenham’s reward for a hard-fought victory over League Two rivals Mansfield could hardly have been tastier. William Boyle’s extra-time winner landed the side currently sitting in fifth place in the fourth tier a home tie against Manchester City, who occupy the same position in the top flight. The sides have never met in a competitive match, but City got the better of the Robins in a pre-season friendly at Whaddon Road in 1994.