Austria’s Chancellor, Sebastian Kurz, raged at the for its handling of a number of crises as he demanded reforms to the very foundations of the bloc. Mr Kurz, a conservative politician, has rarely been hesitant to challenge Brussels on a variety of policies. This came to a head in May 2019, when he called on the EU to make reforms to the Lisbon Treaty to punish countries for economic failings and also neglecting to observe the rule of law. The Lisbon Treaty forms the constitutional basis of the EU, but Chancellor Kurz believes it is no longer fit for purpose.

He said at the time: “A new treaty is needed with clearer sanctions for members who run up debts, punishments for countries that wave through illegal migrants without registering them, as well as tough consequences for breaches of the rule of law and liberal democracy.”

“Much had changed” since the 2007 Lisbon Treaty, he added, citing the bloc’s “debt crisis, euro crisis, migration crisis, climate crisis” and ” chaos”.

He continued: “He who demands reforms must also be prepared to make them where it hurts.”

The Austrian Chancellor was vocal on the UK’s Brexit trade talks with the EU, this time backing the stance many took in Brussels. 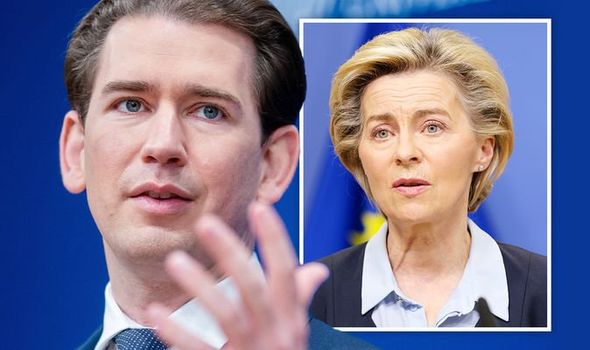 He warned Boris Johnson that the UK must abide by EU rules to keep access to the single market, after the Prime Minister said the UK would move away from the bloc’s rules.

Mr Kurz told CNN: “First of all we are extremely unhappy that the UK decided to leave the EU.

“But it is not acceptable [for the UK to move away from EU rules] – the level playing field is probably the most important issue, so I hope there will be a solution in the end.

“I understand the wishes of the UK but I think our position as the EU is also understandable.”

Internally, Chancellor Kurz has piled pressure on European neighbours in central and eastern Europe to observe the rule of law.

Hungary and Poland in particular have angered many in the bloc with their anti-democratic governance – often branded “illiberal democracies”.

The two countries vetoed the EU’s coronavirus recovery fund recently, objecting to a mechanism in the package designed to force countries into observing the rule of law.

In 2018, Mr Kurz called on Hungarian Prime Minister Viktor Orban to be punished. 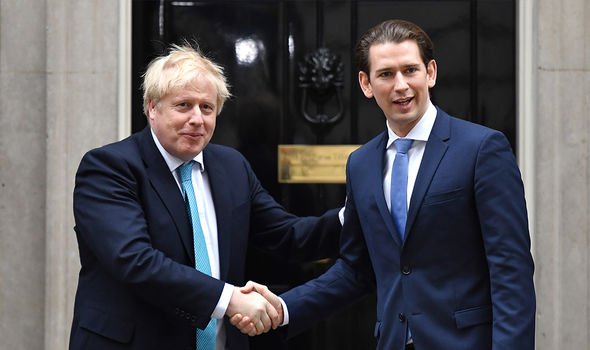 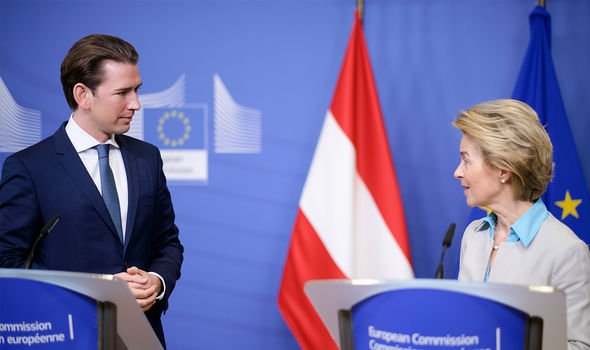 He said: “There are no compromises on the rule of law. The core values need to be protected.

“We decided that Austrian MEPs will vote in favour of an Article 7 procedure.”

He added that if a majority of deputies from the centre-right EPP group in the EU assembly voted in favour of the sanctions, then he would also back the expulsion of Mr Orban’s Fidesz party from the group.

As Covid-19 runs riot across the world, China controls the pandemic

Text of impeachment resolution being considered by US House of Representatives

Meet ‘AnonyMouse’: The artists collective installing miniature stores into the streets of Sweden

Check Also
Close
Live COVID-19 statistics for
World
Confirmed
92,049,719
Recovered
50,862,652
Deaths
1,970,792
Popular Posts
Facebook Twitter WhatsApp Telegram Viber
Back to top button
Close
Popular Posts
Most Commented
x
More Information
We and our partners use technology such as cookies on our site to personalise content and ads, provide social media features, and analyse our traffic. Click below to consent to the use of this technology across the web. You can change your mind and change your consent choices at anytime by returning to this site. Read more
I accept
Cookies Settings
Cookie Box Settings
Cookie Box Settings