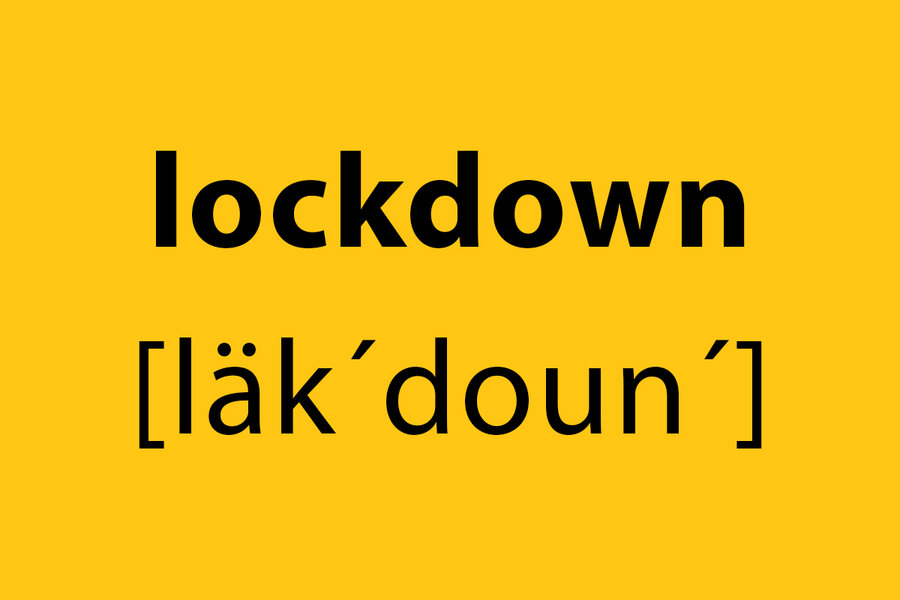 So many people had trouble keeping track of time in 2020 that English added a new day of the week. Is today Monday? Saturday? Every day seems like Blursday to people stuck at home. At the beginning of the year, most of us had never thought about social distancing, experienced Zoom fatigue (exhaustion produced by too many online meetings), or done much doomscrolling (“obsessively scanning social media and websites for bad news,” according to the American Dialect Society).

The year 2020 gave rise to so many new words – and called so many old ones back into service – that the editors at Oxford Languages couldn’t pick just one word of the year (WOTY). Because of “the phenomenal breadth of language change and development,” they decided that 2020 was “not a year that could neatly be accommodated in one single [word].” Or perhaps they had Zoom fatigue and never mustered up the energy to make a decision.

Other dictionary publishers did name a WOTY, and around the world their choices were remarkably similar. Merriam-Webster picked pandemic (from 1666), which comes from the Greek pan (“all” or “every”)  plus demos (“people”). Quarantine (1470) was Cambridge Dictionary’s WOTY, while Collins chose a more recent synonym, lockdown. When this term was first used in 1973, it denoted “the confinement of prisoners to their cells for all or most of the day as a temporary security measure,” but now, the dictionary asserts, it “encapsulates the shared experience of billions of people.” The American Dialect Society selected Covid.

The Dutch WOTY, according to publisher Dikke Van Dale, is anderhalvemetersamenleving, which translates to “one and a half meter society.” It refers to how far apart people in the Netherlands are supposed to keep for social distancing – about 5 feet, or approximately the space it takes to write anderhalvemetersamenleving. Japanese publisher Sanseido chose pien, a social media term used “when you’re feeling troubled or when things don’t go your way,” according to lexicographer Ono Masahiro.

My nomination for WOTY is orbisculate, “to squirt juice and/or pulp into one’s eye, as from a citrus fruit.” If you’ve never heard it before, that’s because it’s not really a word – not yet, anyway. It was coined by biochemist Neil Krieger, who felt that English needed a term for these acidic attacks. Dr. Krieger died in 2020, and his children are trying to get orbisculate into the dictionary to honor his memory.

This word is a beautiful way to sum up the year: It celebrates creativity, humor, and love. I’ll do my part by using orbisculate whenever I can: “This morning I was trying to peel a pomelo, and it orbisculated at me.”

Check Also
Close
Live COVID-19 statistics for
World
Confirmed
92,049,719
Recovered
50,862,652
Deaths
1,970,792
Popular Posts
Facebook Twitter WhatsApp Telegram Viber
Back to top button
Close
Popular Posts
Most Commented
x
More Information
We and our partners use technology such as cookies on our site to personalise content and ads, provide social media features, and analyse our traffic. Click below to consent to the use of this technology across the web. You can change your mind and change your consent choices at anytime by returning to this site. Read more
I accept
Cookies Settings
Cookie Box Settings
Cookie Box Settings