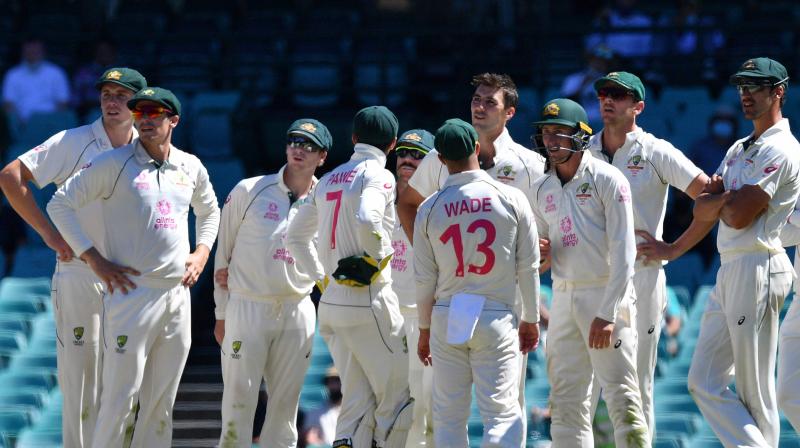 Sydney: The Indian cricket team is all set to leave for Brisbane on Tuesday after BCCI secretary Jay Shah’s assurance to Cricket Australia ended the uncertainty over the fourth and final Test at the venue, which has reduced its crowd capacity to 50 per cent for the game.

The BCCI had written to CA about relaxation of hard quarantine rules in Brisbane as complying with them would have confined the Indian players to their hotel rooms after the day’s play, something they had strong reservations about. The match starts January 15.

“I want to thank the Queensland Government for their cooperation and willingness to working closely with CA and the BCCI so we can deliver the fourth Test as planned,” CA interim CEO Nick Hockley said in a statement.

“…but more importantly delivering on a plan that places the safety and wellbeing of the players, match officials and the wider community as a top priority,” he added.

Over the past week, all the BCCI sources confirmed that not for once a change of venue has been sought but did assert why back-to-back hard quarantine wasn’t ideal for the mental health of the touring players.

The players are now expected to be in an IPL like bio-bubble where they can mingle among themselves in the hotel.

The problem arose after Queensland closed its borders for people travelling from New South Wales in the wake of fresh COVID-19 cases in Sydney.

However, the Indian players were exempted and were to follow a strict quarantine.

What added to the uncertainty over the game was a three-day lockdown announced last week after the highly contagious UK variant of COVID-19 was found in the city.

With the clarity over the game emerging finally, CA also announced the crowd seating plan.

“Acting on advice of the Queensland Health and the Queensland Government, Cricket Australia and Stadiums Queensland are working together to ensure the safety of patrons attending the Brisbane Test on January 15, with a crowd capacity of 50 per cent at The Gabba,” the CA release stated.

“Similar to the process of reducing at crowds at The Gabba to deliver a socially distanced seating plan, the match will now be re-ticketed and current ticket holders will receive a full refund, including all associated costs such as ticket insurance,” it added.

“The Gabba’s usually fast and bouncy pitch makes it a favourite with fans as Australia’s Test cricket fortress,” Hinchliffe said.

“COVID-19 pandemic has made this anything but an ordinary Test to prepare for. I want to thank Cricket Australia and the BCCI for working closely with the Chief Health Officer and the Queensland Government to make this a COVID-safe Test.”

Australia have not lost a Test at the Gabba since 1988.

“We are really excited about welcoming both the Australian and the Indian cricket teams and delivering a Test match here. We have gone back to 50 per cent capacity,” said Mark Zundans, the General Manager of the Gabba in a press conference in Brisbane.

“…people will be required to wear a mask. No mask, no entry. We have normal contingent of police and security on site.

“We will be focussing on COVID-compliance as a priority. We just want to make sure that we deliver safe events here at Gabba,” he added.

Rivalry renewed at Old Trafford and big ties for underdogs: The pick of the FA cup draw