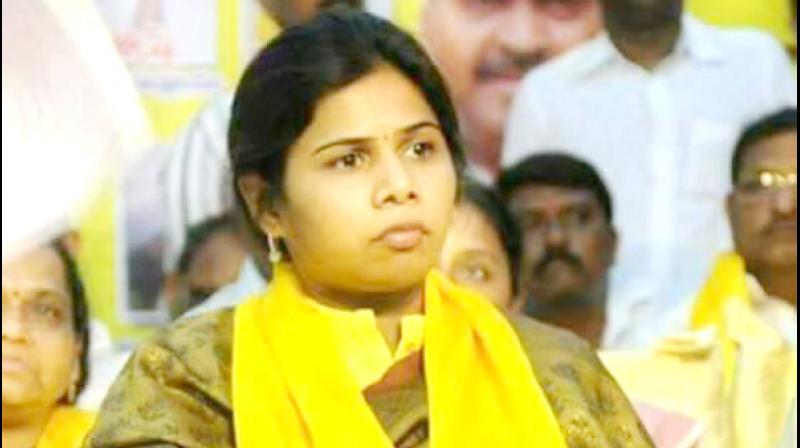 Kurnool: Already facing kidnap charges, former minister Akhila Priya has been slapped with dacoity charges in the alleged kidnap of shuttler Naveen Rao. This will further dampen her hopes of getting a bail.

Bhuma Jagath Vikhyat Reddy, the younger son of Bhuma Nagi Reddy, said the whole case is vitiated as on the day of the alleged kidnap, his sister Akhila Priya was in Vijayawada taking oath as the TD general secretary.

Speaking to Deccan Chronicle, Reddy said, “The whole case has been built on allegations. The remand report also says ‘may or may not be them’. The charges are baseless, concocted and fabricated,” he said.

Jagath Vikhyat Reddy said, “My sister was not treated well at the hospital. She was not provided a wheelchair. She had seizures four times but there was no relief for her. The doctors advised the police to take her, which was painful.”

When asked about the genesis to the crisis pertaining to Hafeezpet lands, Reddy said that 60 acres of land was transferred to a special purpose vehicle (SPV) with several partners, including Naveena Rao brothers, A.V. Subba Reddy, and the Bhuma family. But the said company has been folded up. “Meanwhile, after the death of my father Nagi Reddy in 2017, Subba Reddy and Naveen Rao  were trying to knock off the property.

“Chief Minister K. Chandrasekhar Rao and his son K.T. Rama Rao are aware of the issue and we have said clearly that we are ready for an amicable solution,” Reddy said.

An advocate said that as per IPC Section 391 dealing with dacoity requires the participation of five or more people in any alleged offense. Akhila, named as A1, was not seen in the CCTV footage and there was no evidence whatsoever, implicating her by inserting dacoity to the alleged kidnap case, he said.

KTR calls on all parties to work together for Hyderabad development