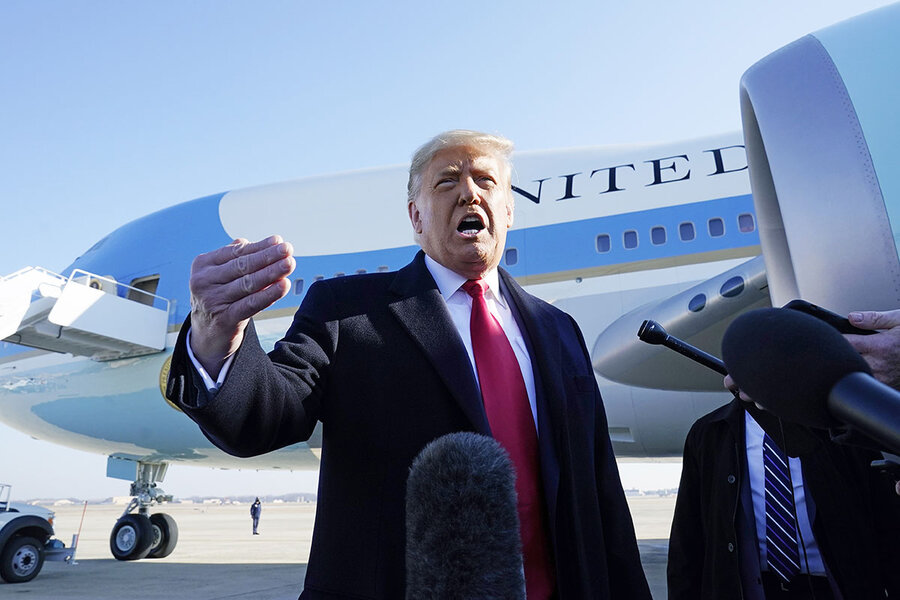 When a mob pushed its way violently into the U.S. Capitol last week, drawn to Washington by President Donald Trump’s unfounded claims of a stolen election, the events evoked a strong shift in public opinion.

Several polls show a majority of Americans – though notably, not of Republicans – saying the president should be removed from office or resign before the scheduled end of his term on Jan. 20 – a stunning rebuke.

“A weighted average of [13 new] polls, accounting for their quality, recency and sample size, finds that 52 percent of Americans support Trump’s ouster, while only 42 percent oppose it,” wrote Nathaniel Rakich on Monday for the number-crunching website FiveThirtyEight.

Support for removing Mr. Trump when the U.S. House impeached him 13 months ago stood around 47% in FiveThirtyEight’s poll tracking.

For comparison, 57% of Americans thought President Richard Nixon should be removed from office at the time he resigned in 1974 in the wake of the Watergate break-in scandal, according to Gallup polling.

Public opinion will continue to evolve. And voters are split on whether they consider what happened at the U.S. Capitol a coup attempt. In a Quinnipiac University poll, 47% of registered voters say yes, while 43% say no.

But the poll found near unanimity (91% to 6%) for holding those who stormed the Capitol accountable for their actions. And 3 in 4 see American democracy as “under threat.”

Impeachment will only worsen the GOP’s legitimacy crisis