Friends, who among you have not read the adventure stories about sunken ships, about the placers of gold coins at the bottom and mountains of untold treasures under water column?
Yes, probably there are none. What prevents you from organizing an underwater search now? Of course, there are also many treasures on land and the lucky ones find them, but the competition is very strong, and it is unlikely that in our time anyone will bury good. Underwater search is another matter. Millions of people rest on the shores of reservoirs and every season, from year to year, they replenish the treasury of the underwater kingdom.
Three years ago in Kirov, Kaluga region, a reservoir was drained. How many “comrades” I saw there, then I learned that the local population bought all metal detectors not only in the city, but also in nearby towns. We ironed all the bottom in a week and not one of the offended.
I digress a little.
So, it turns out that the most effective search for something valuable is underwater. One inconvenience, diving holding your breath is not the best option. Time is very limited, and with repeated immersion and ascent, turbidity rises.
You can certainly buy scuba gear, but the cost and where to charge it? So it turns out that the “hook system” is suitable for diving to shallow depths. As in the old days, pearls were mined, the ship had a pump, which was brought into working condition by swinging movements in a vertical plane. Pistons, compressing the air inside the cylinders, push it through the valves located at the bottom of the cylinder into the air supply hose for those who are underwater. 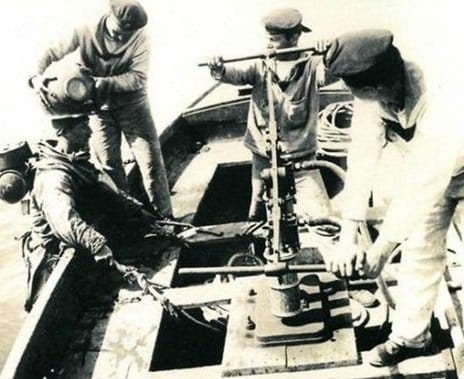 Our device consists of a receiver, pump, battery, hose and octopus. How it is going.
The receiver, also known as a raft, is assembled from a PVC drainpipe, from 100 to 200. It is also possible for 500, it is convenient for anyone to transport. They are fastened joint to joint, plus screws, under the sealant. 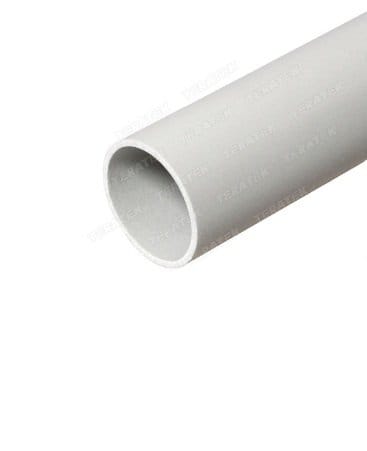 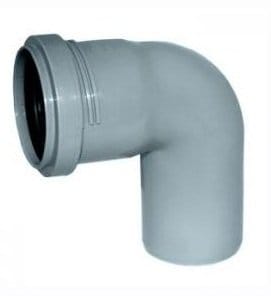 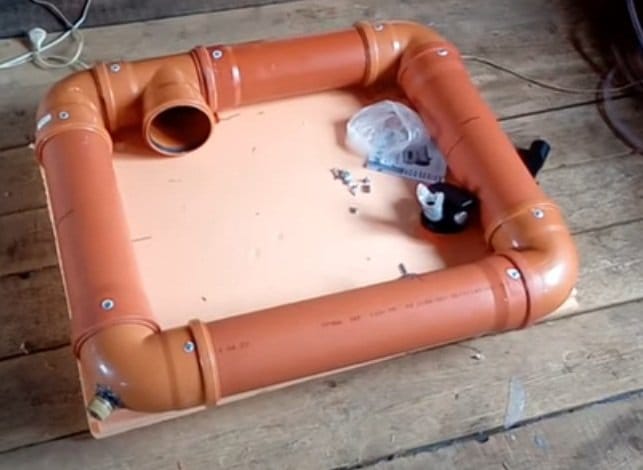 The pressure in the receiver is only one atmosphere, so everything holds. With a volume of 18 liters, when the compressor is turned off, you can breathe three times under water. When diving, the raft follows the dived.
Octopus, Chinese, needs some work. The spring was replaced with a softer one, it did not work correctly at low pressure, I picked it up by typing. The turner also squandered the jet valve itself. The small hole prevented a full breath. 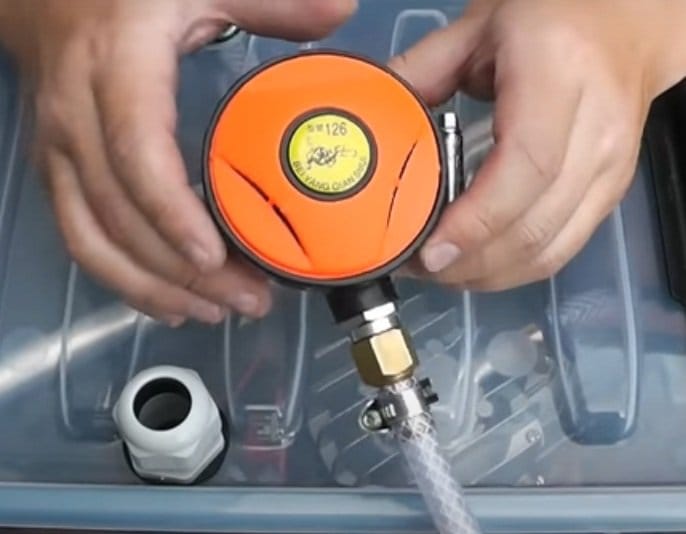 Reinforced food hose, length 4-7 meters. It is used for bottling juices. It is moderately hard, does not twist or refract. A ring is attached to it, which is attached to the belt. It holds the hoses. And you don't have to drag the raft with your teeth.
The food container sets the dimensions for the raft, and is selected on the basis that a compressor and a battery are installed in it. The raft without a bottom, the container is conical and when immersed in water, the walls rigidly sit on PVC pipes and the center of gravity is below the water level.
The filter is assembled from the gas mask body, the upper adapter is assembled from the plunger. It is needed to filter the midges and debris that got into the compressor, at the same time it cuts off the condensate. Although he is going to the receiver. 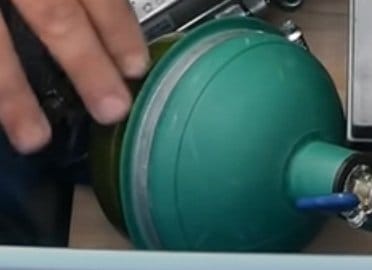 The battery has chosen helium, it does not leak out when tipping over, but a special charge is needed. Weight eight kg, capacity 36 amperes. A voltmeter is installed to control the charge.
The assembled system has proven itself from the best side.
FOR SECURITY, IT IS NECESSARY FOR SOMEONE TO BE NEXT.
Less than half of the hull is submerged. 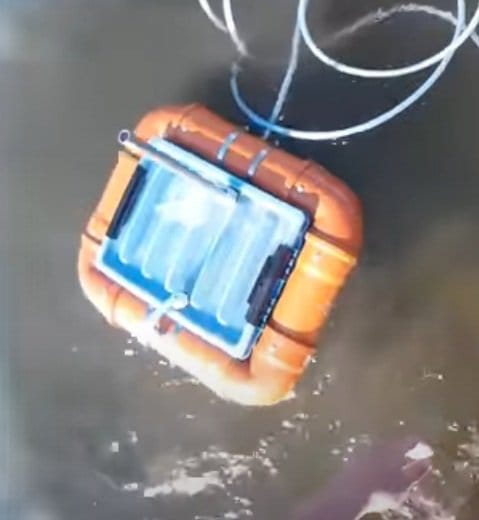 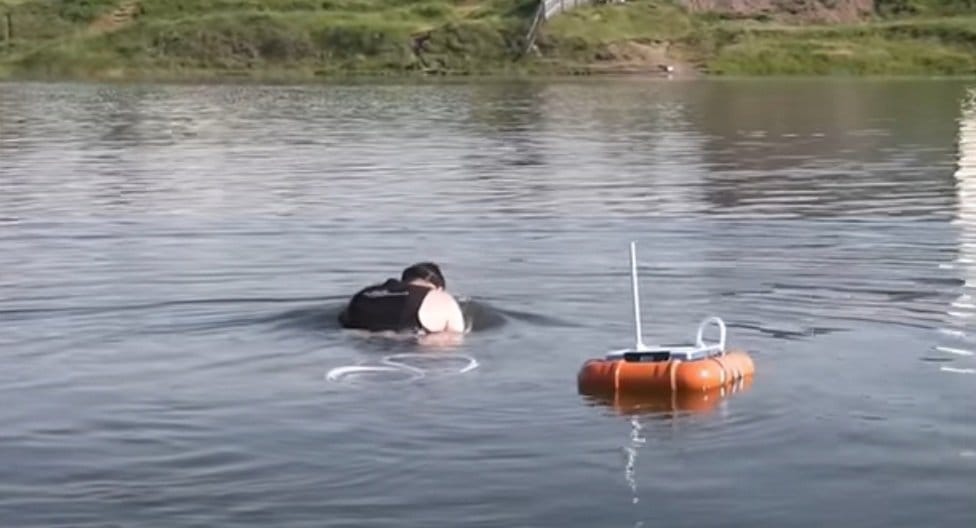 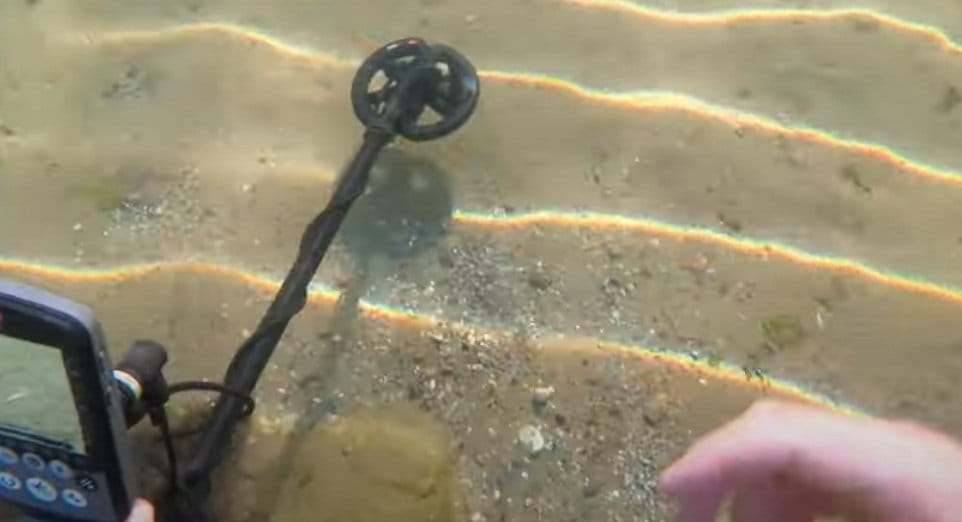 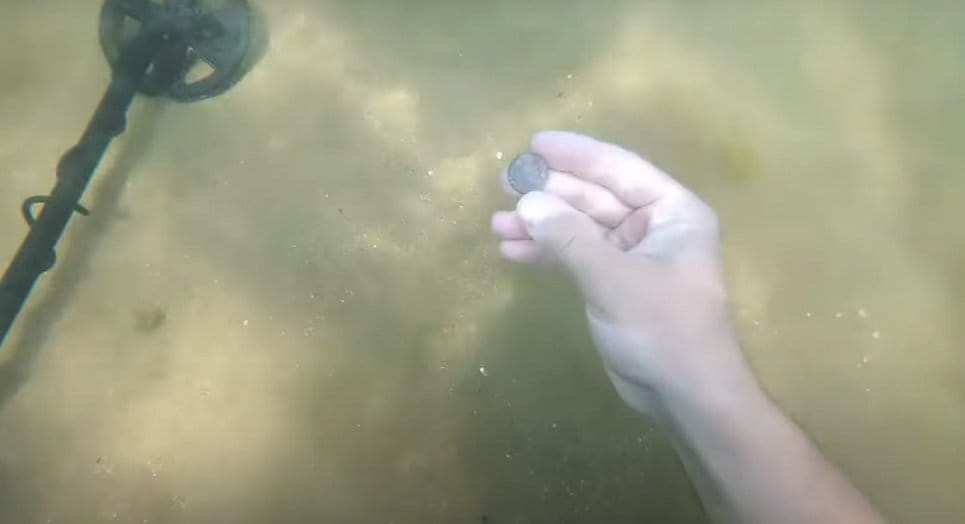 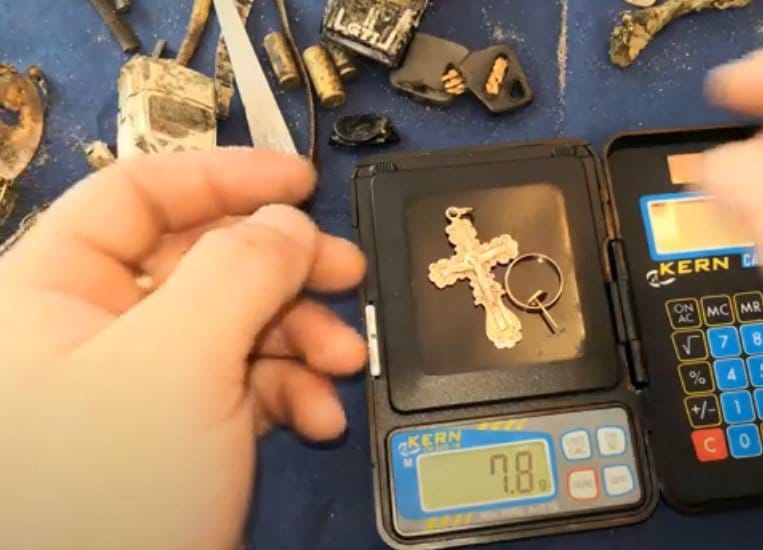 Winter will end soon and as they say: – he who seeks, he always finds.
Health to you!

Panel that makes you invisible

How to make a basic orbital sander

How to make powerful furniture hooks