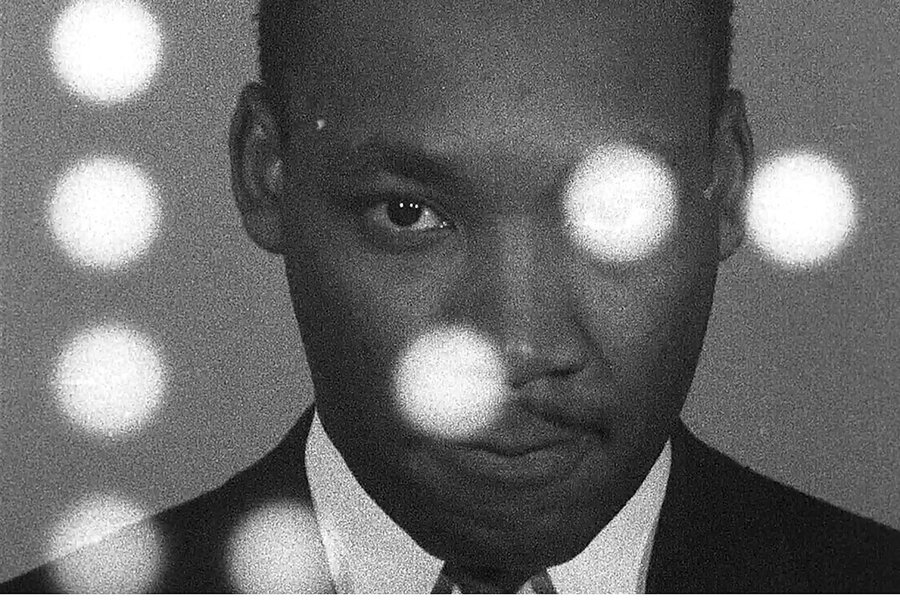 “MLK/FBI,” a new documentary directed by Sam Pollard, is about many things, all of them pertinent. But its central focus is how J. Edgar Hoover’s FBI relentlessly surveilled and harassed Martin Luther King Jr. throughout his career. Much of this documentation, which also draws on newly declassified files and restored footage, is already known. But seeing it so graphically laid out gives the whole sordid history a cumulative intensity.

The FBI’s campaign against King kicked into high gear right after he delivered his famous “I Have a Dream” speech in 1963 at the Lincoln Memorial in Washington. An interagency memo called him “the most dangerous Negro in the future of this nation.”

Hoover worried that King, who was widely regarded as the moral leader of the nation, would become the Black messiah. In particular, he thought Black people were especially susceptible to communist recruitment, a point King himself weighed in on when, in an interview clip in the documentary, he says, “It is amazing that so few Negroes have turned to communism in the light of their desperate plight.”

But the linkage between King and the FBI’s long-standing mission to expose communist subterfuge in America is something of a Red herring, since so much of what the FBI pursued with King concerned his alleged infidelities and not his politics.

Then, too, there is the salient fact that during Hoover’s reign as FBI director, which stretched almost 50 years, the agency was a nearly all-white bastion of G-men, many of them conservative, football-playing, frat boy types – the sort of men who, as pop culture icons, reflected the racial and societal biases of the era. In their minds, they were what saviors were supposed to look like. (Pollard dutifully includes clips from such Hollywood films as “I Was a Communist for the F.B.I.” and “The FBI Story.”) To those who might imagine that the FBI vendetta against King was an aberration, the work of a few rogue agents, Pollard makes it clear that the operation at that time was endemic in the agency.

Pollard utilizes interviews, mostly off camera, with a range of King biographers and associates, including Andrew Young, Beverly Gage, Clarence Jones, and David Garrow, the author of the Pulitzer Prize-winning 1986 King biography “Bearing the Cross.” He also spoke with former FBI agent Charles Knox and former FBI Director James Comey, who tells about the time in 1964 when the FBI mailed audio recordings of King’s alleged affairs to his home with a note attached suggesting that King kill himself. Comey calls this “the darkest period in the bureau’s history.” The film also asks why, if the FBI so closely monitored King, it was unable to avert his assassination.

To his credit, Pollard does not shy away from the controversies surrounding King’s personal life, especially the bombshell from Garrow, which he first reported in 2019 after uncovering some FBI files, that King may have been present during the hotel room rape of a woman by a fellow minister. It should be noted that this charge has been challenged by such historians as Jeanne Theoharis, author of an acclaimed Rosa Parks biography, who said: “It is deeply irresponsible for a historian to cast such FBI sources, which can be deeply unreliable, as fact.”

Since a federal judge in 1977 ordered the FBI to turn over all of its King surveillance tapes to the National Archives and place them under seal until 2027, the clock is ticking on any damaging revelations.

Should these tapes see the light of day? That’s the looming question that closes out the documentary. To some, like former agent Knox, exposing them would “serve no purpose whatsoever.”

To my mind, if we are talking only about King’s extramarital affairs, this issue is something of a smokescreen. When it comes to assessing King’s legacy, it’s not exactly news that, in their private lives, great moral leaders have often failed to live up to their own ideals. As Young, one of King’s staunchest defenders, says in the film, “There’s always been this unresolved tension in who we are and who we say we are and who we want to be.” Comey says, “I’ve never met a perfect human. People are complex.”

King was not a perfect man. But as this film so powerfully demonstrates, he forced a reckoning with America’s racial history that, more than ever, resonates today. It’s a reckoning he gave his life for.

“MLK/FBI” will be available on Jan. 15 in some theaters, and on-demand via cable networks and streaming services, including iTunes, Amazon Prime Video, and GooglePlay.

Blursday, doomscrolling, and the words of 2020