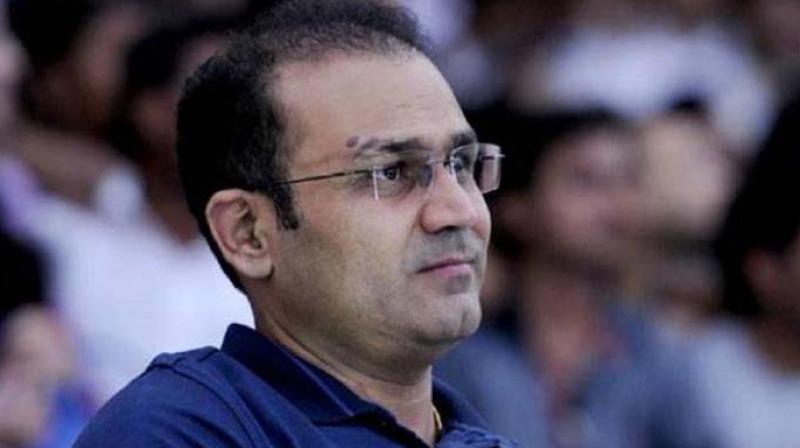 New Delhi: The unshakeable resolve despite their bruised bodies earned the Ajinkya Rahane-led India wholesome praise from the cricket community after the team snatched an unlikely draw in the third Test against Australia in Sydney.

Sachin Tendulkar and Ricky Ponting were among those who lauded the team for showing tremendous “fight and determination”.

Hanuma Vihari (23 not out off 161) and Ravichandran Ashwin (39 not out off 128) batted out the entire evening session on day five after Rishabh Pant (97 off 118 balls) and Cheteshwar Pujara (77 off 205 balls) produced an amazing 148-run stand as India eked out a memorable draw at the SCG.

The duo wore down Australia by batting for more than 42 overs as India ended up with 334 for five in 131 overs, while chasing a mammoth 407 to win at the SCG. While they were at it, Vihari was battling a hamstring tear and Ashwin had taken a few hard hits to his ribs.

“Really proud of #TeamIndia! Special mention to @RishabhPant17, @cheteshwar1, @ashwinravi99 and @Hanumavihari for the roles they’ve played brilliantly. Any guesses in which dressing room the morale will be high? #OneTeamOneCause #AUSvIND,” Tendulkar wrote in his twitter handle.

“Hope all of us realise the importance of pujara,pant and Ashwin in cricket teams..batting at 3 in test cricket against quality bowling is not always hitting through the line ..almost 400 test wickets don’t come just like that..well fought india..time to win the series,” he tweeted.

Former Australia skipper Ponting too was impressed with the way India fought back and didn’t let the Test slip away.

“Loved the fight and determination of India all day today. Starting with Pant and Pujara, and then for Vihari and Ashwin to withstand Australia and look largely in control for most of the day was very impressive. Can’t wait for Brisbane now. #AUSvIND,” he tweeted.

The art of Test-saving batsmanship displayed by Vihari and Ashwin brought to mind the dogged resistance which was the hallmark of the batting of Rahul Dravid, who turned 48 on Monday.

Congratulating India for their “extraordinary” effort, the game’s governing body (ICC) wrote: “A fitting birthday gift for Rahul Dravid. An extraordinary display of resistance, fight and patience by India today.”

“… Feel so so proud of the Team, Pant showed why he needs to b treated differently & d grit showed by Vihari, Pujara & Ashwin was unbelievable,” he tweeted.

Former India batsman and domestic heavyweight Wasim Jaffer too was effusion in his praise for an Indian team, which battled a series of injuries and on-field abuses to earn a remarkable draw.

“Even a half-strength, battled, bruised, injured, ridiculed, abused, bio-bubble fatigued India is difficult for a full strength Australia to beat at home. No praise high enough for this herculean effort. Told you this is a damn good team. Cherish it. #AUSvsIND,” he wrote.

India opener Mayank Agarwal, who was not considered for the third Test, praised his teammates for their resilience.

“Never giving up. Never backing down from a challenge. Great character and resilience displayed by the team,” he tweeted.

India batsman K L Rahul, who was ruled out of the last two Tests and had to return from Australia after suffering a wrist injury, echoed the sentiment.

“Unbelievable Grit, determination and character shown by #TeamIndia. What an unbelievably spirited effort and some serious grind. Well done men. test cricket at its best,” he wrote on his handle.

Pant’s counter-attacking 97 had raised hope of a win at one stage.

“But I am so so proud of the effort of the Indian team today. Seena chonda ho gaya yaar (my chest swelled with pride),” he added.

Brisbane Test on after BCCI-CA talks, crowd capacity capped at 50 per cent