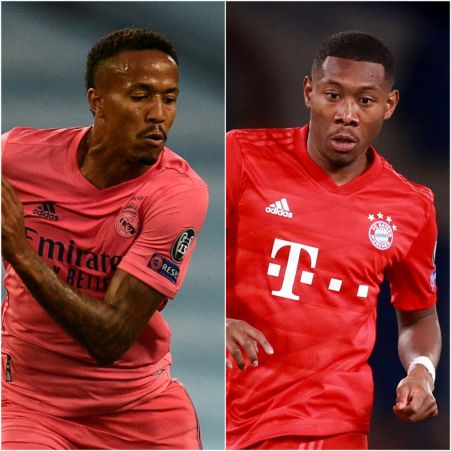 Eder Militao, who has found himself on the fringes of Real Madrid, could be heading to Tottenham, says the Daily Mail. The paper reports Jose Mourinho could look to be united with the Brazilian defender although the 22-year-old has four and a half years left on his current deal.

Sticking with events at Anfield, and Jurgen Klopp’s side will look to improve their defence during the summer with the Liverpool Echo writing they are keen on signing Ben White from Brighton.

Jack Wilshere could be on his way to earning a deal with Bournemouth, reports the Daily Mail. The paper says the 29-year-old, whose contract with West Ham was mutually terminated in October, has caught the eye of Cherries boss Jason Tindall.

Leicester are considering whether to exercise their option on on loan winger Cengiz Under, the Leicester Mercury writes. Under, 23, is on a loan deal from Roma and has only made six appearances for the Foxes this term.

Georginio Wijnaldum: Barcelona are confident they will be able to sign the Liverpool midfielder and his Dutch teammate Memphis Depay for free over the summer, says Mundo Deportivo.

Taiwo Awoniyi: The Liverpool forward, who has spent most of his career on loan in Europe, is wanted by Celtic and Rangers, writes 90 Min.

Folarin Balogun: The Arsenal teenager, who is out of contract at the end of the season, is set to join RB Leipzig, says Football Insider.