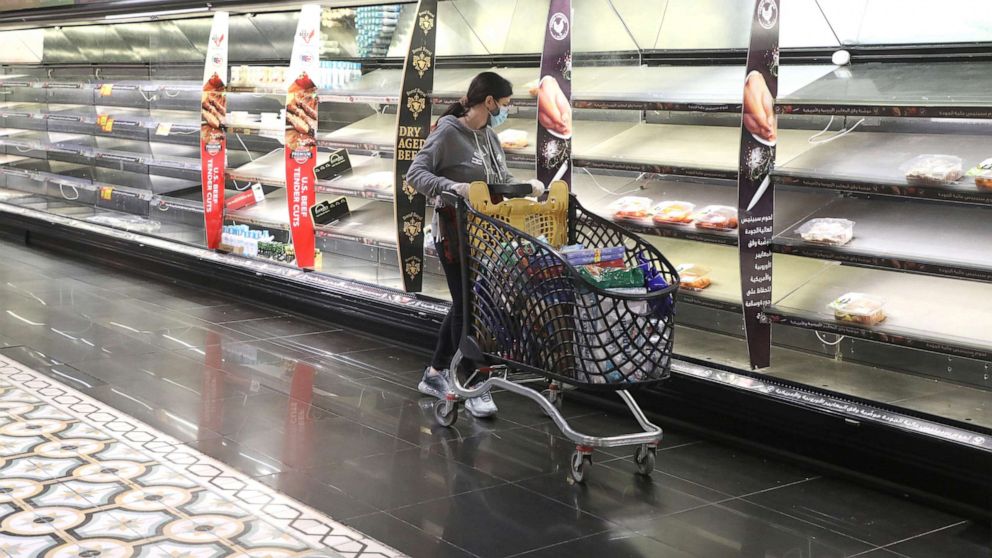 PARIS — Starting Thursday, people in Lebanon are asked to stay home, day or night, without exemptions for grocery shopping or exercising, to curb a new surge in coronavirus cases.

Lebanon has entered a national state of emergency, which includes a 24-hour curfew prohibiting citizens from leaving their home from Jan. 14 until the morning of Jan. 25, Brig. Gen Mahmoud al Asmar, spokesperson of the Lebanese Higher Defense Council, announced earlier this week.

Only a limited category of essential workers, such as health care workers and journalists, are allowed to venture outside. Travel in and out of the country is also heavily reduced and under further restrictions, including a minimum 72-hour quarantine upon arrival.

The government decided to confine the entire population as it faced the critical situation of the country’s hospitals running out of beds for patients.

The Beirut port explosion in August 2020 destroyed several hospitals, and two years of a dire financial crisis have already put pressure on a weak health care system. Now the country faces its highest daily death toll and highest daily case numbers, with an average of 5,000 COVID-19 cases a day.

On Wednesday, the Ministry of Public Health announced Caretaker Health Minister Hamad Hassan tested positive for COVID-19 and is being treated at the hospital.

“The whole health care system is on the brink of collapse,” said Dr. Firass Abiad, surgeon and CEO of Beiruit’s Rafik Hariri University Hospital, where he said the ICU is running at full capacity. “All hospitals in Lebanon are facing shortages because of the economic crisis and some medical supplies and medication. Unfortunately because of the surge, this situation has worsened at the moment.”

Abiad said his hospital has not had to turn patients away yet, but it is something he worries about as emergency rooms fill up.

“We are hoping that the society will show a high compliance with these new measures,” he said.

Gatherings over the holiday season are being held responsible for the current surge in cases. The Lebanese government eased measures against the spread of the virus over the holidays, allowing restaurants, hotels and even nightclubs to open up. An estimated 80,000 expats traveled to Lebanon in December to celebrate Christmas and the new year, according to the Associated Press.

With a 70% increase in contaminations compared to the seven days preceding, the country is one where the epidemic is spreading fastest in the world, after Portugal, Nigeria and Ireland, according to data from Agence France-Presse.

Scenes of panic at grocery stores were plentiful in the last days before the complete closure of the country, as the Lebanese lined up in front of supermarkets to stock up.

However, in a country in the midst of an economic and financial crisis, food insecurity will likely rise under the new lockdown, Soha Zaiter, the executive manager of the Lebanese Food Bank, said.

“We have a lot of people working day by day, if they do not go out in the morning, they cannot buy food or pay the rent,” Zaiter told ABC News. “People cannot afford to stay like this, yet the government is not making any plans to cover the expenses of people that are in need. The demand is getting higher and higher.”

The Lebanese Food Bank is planning to distribute around 6,000 food boxes across Lebanon, in addition to blankets and heaters for the most in need.

“People need us more than ever before,” Zaiter said.