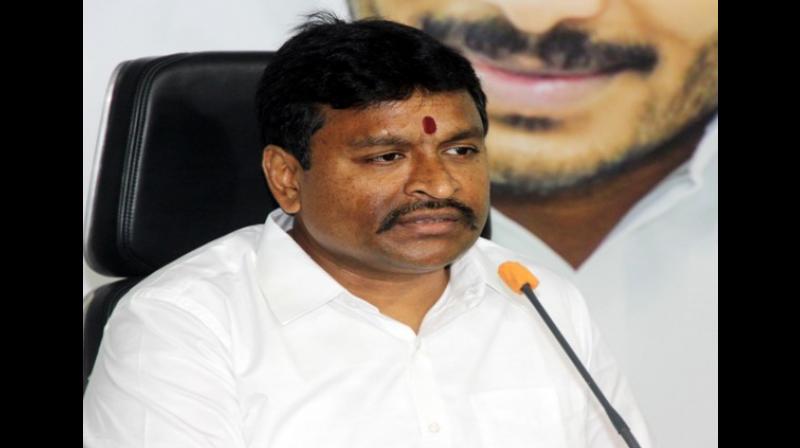 VIJAYAWADA: The YSR Congress government would reconstruct Hindu temples demolished by the Telugu Desam government in Vijayawada. Minister for endowment Vellampalli Srinivas Rao said Chief Minister Jagan Mohan Reddy would launch the reconstruction work at the auspicious hour of 11.01 am on Friday.

The Chief Minister would also lay the foundation stone for development works at the Kanakadurga temple here with a government fund outlay of `70 crore. Besides these, the government would reconstruct 40 temples in 13 districts of AP.

Minister Srinivas alleged that TD president and then Chief Minister N. Chandrababu Naidu had no faith in God and did not respect Hindu religion. “Hence he committed the sin of demolishing temples in Vijayawada during Krishna Pushkaram, and never tried to rebuild those holy temples.”

He said the CM, honouring the sentiments of Hindus, decided to reconstruct those temples. Five temples, namely the Dakshinamukha Anjaneya Swamy temple, the Seethamma Vari Paadaalu, the Rahu-Kethu, the Boddu Bomma and Gosala Krishna temple would be rebuilt.

The minister alleged that the Opposition TD and BJP were trying to divide the people in the name of religion.