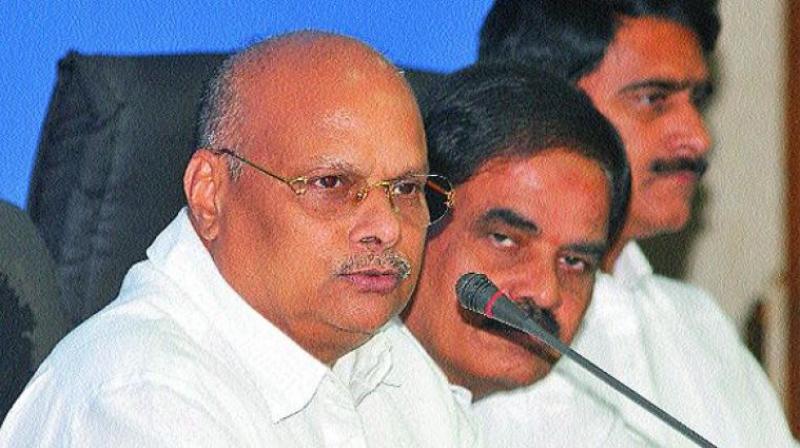 VIJAYAWADA: The Telugu Desam on Sunday sought intervention of Governor Biswabhushan Harichandan to conduct local polls and said the present political situation may attract invocation of Article 356 in Andhra Pradesh – meaning dismissal of the YSRC government and imposition of direct rule by the President.

The party said the YSRC government was bent on using Covid-19 as a pretext to postpone the local polls till after June 2022.

Leader of Opposition in the Legislative Council Yanamala Ramakrishnudu said the governor must make sure government employees are fielded for election duty irrespective of whether or not the state government agreed for polls. Article 243K(3) provided for allotment of employees for poll work. The conduct of the elections was the sole responsibility of the state election commission (SEC) as per Articles 243A and 243K (1), he said.

Referring to Article 243K(3), Ramakrishnudu said the governor shall, when so requested by the state election commission, make available to the SEC such staff as may be necessary for discharge of the functions conferred on the SEC.

Ramakrishnudu said the existing political situation deserved invocation of Article 356 in AP. “The YSRC ministers are stating openly about the government's non-cooperation with the SEC on local body polls. Such statements were never heard of before in the history of the state. Government employees' association leaders were also threatening non-cooperation with the SEC. This meant the system of governance in the state has broken down, requiring intervention of the governor and imposition of President’s Rule.”

Ramakrishnudu asked how there could be objections about the panchayat polls when the government had allowed a situation of long queues in front of liquor shops. Besides, all-round attacks were being carried out on the Opposition leaders and all sections of the society. Sadly, even temples were coming under attack, he noted.