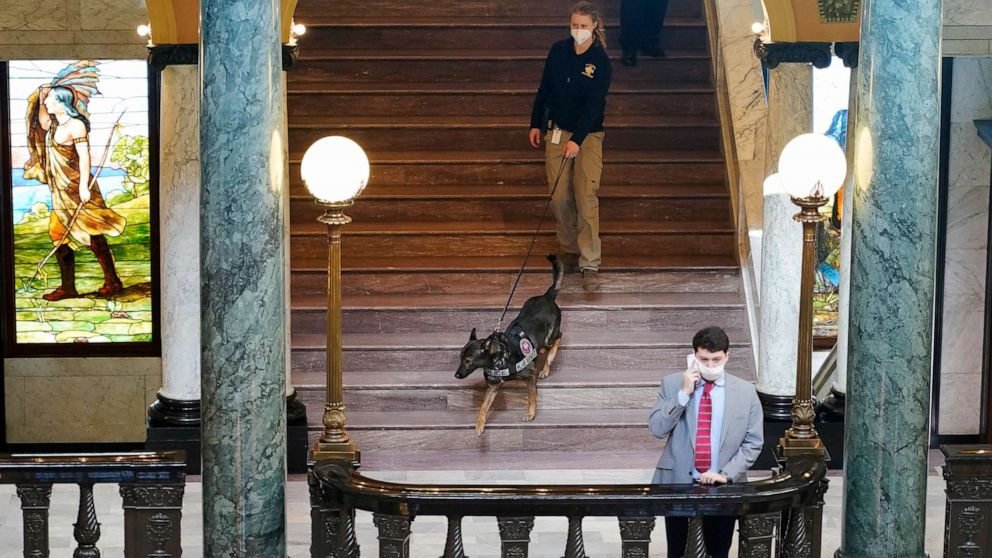 The danger to the public and to law enforcement officers from explosive devices during expected upcoming protests “is substantial,” the FBI warned in a new awareness bulletin obtained by ABC News.

The document includes photos of devices used in the last eight months against civilian and law enforcement targets during public protests.

The FBI now wants to make first responders aware of what has been deployed in the past and what they might encounter during demonstrations linked to the inauguration.

“The danger posed to law enforcement officers and the general public from the all the tactics listed is substantial,” the bulletin reads. “If a suspicious item is reasonably believed to contain explosives, an IED, or other hazardous material, DO NOT touch, tamper with, or move the item. Only bomb disposal personnel should handle any suspected devices that are located.”

An internal FBI bulletin obtained by ABC News earlier this week stated that armed protests are being planned at all 50 state capitols and at the U.S. Capitol at least through Inauguration Day, in the wake of a pro-Trump siege on the Capitol last week.

During that riot last week, suspected pipe bombs were found outside of the Democratic National Committee and Republican National Committee, a few blocks from the Capitol. U.S. Capitol Police later said they were “hazardous” and could have caused “great harm.” A federal law enforcement source told ABC News the suspected weapons were active and not fake devices.