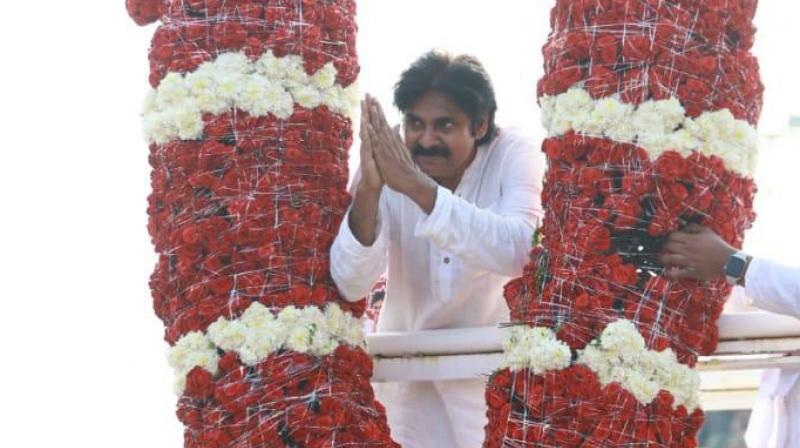 NELLORE: Industries minister Mekapati Goutham Reddy has criticised Jana Sena chief Pawan Kalyan for his remarks against the state government that it ignored social and environmental impact studies before granting permission to industries.

He also found fault with the actor-turned-politician’s claim that the government allocated 75 percent of jobs to locals at Divis Pharmaceuticals in view of his visit to the region.

Speaking to mediapersons here on Sunday, Goutham Reddy reminded the Jana Sena chief that the YSRC government had passed a resolution on July 19, 2019, earmarking 75 percent jobs to locals in all industries within Andhra Pradesh.

Under it, the first preference will be given to those families who part with their land for establishing the industry. Next in order will be for those in the mandal where the industry is being established, while the third preference will for people belonging to the same district.

The minister underlined that the state government is also providing free training to unemployed in various skills based on requirements of the local industrial units. He accused Pawan Kalyan of guiding youth in the wrong direction with his baseless utterances. Goutham Reddy said industrial licenses are being given only after conducting social and environmental impact studies, which are basic requirements for sanctioning an industry at a location.

On the actor’s charges pertaining to Divis Pharma, he pointed out that it was the previous TDP government that had given permission for establishment of Divis Laboratories in 2015. Pawan Kalyan was associated with the TDP during that period. He wondered why the Jana Sena chief did not go against the TDP government then.

The minister maintained that the state government had clearly directed the management of Divis not to proceed further without resolving the issues raised by locals.