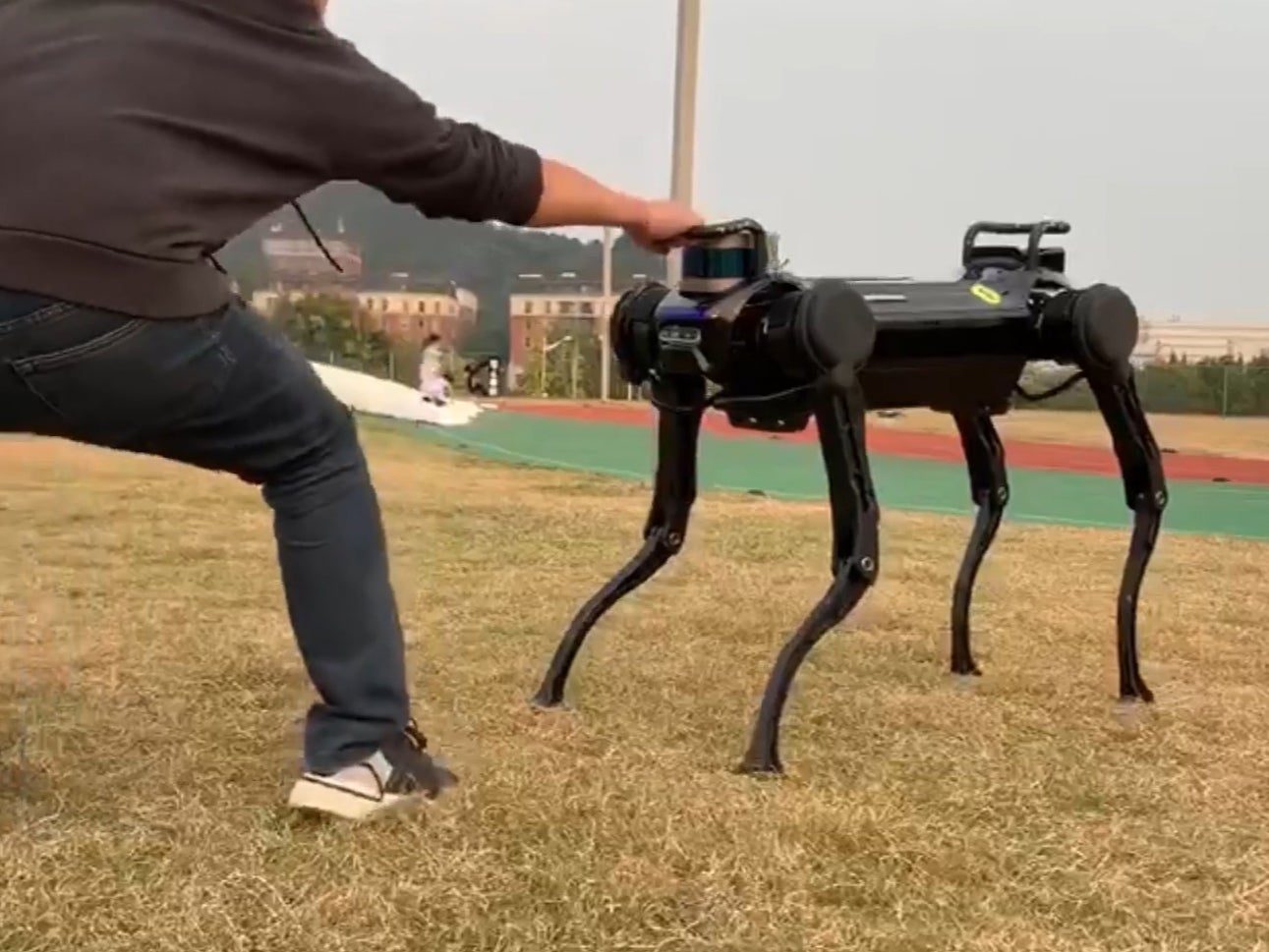 A robot dog has been taught how to defend itself if it is antagonised by a human.

The mechanical animal, called Jueying, was developed at China’s Zhejiang University, and through a collaboration with researchers from the University of Edinburgh let the mechanical canine learn what to do when it was assaulted.

Roboticists used a deep neural network – an algorithm that is designed to mimic the human brain – to train a computer model of the robot dog. This gave it the ability to trot, or stand up again if it fell over.

If the robot did something beneficial to its task, it was rewarded, and if it did not it was digitally noted as a negative behaviour – essentially a more sophisticated trial-and-error method that researchers use to train robots to learn.

“The AI approach is very different in the sense that it captures experience, which the robot has tried hundreds of thousands of times, or even millions of times,” University of Edinburgh roboticist Zhibin Li, corresponding author on a paper in Science Robotics, told Wired.

“So in the simulated environment, I can create all possible scenarios. I can create different environments or different configurations. For example, the robot can start in a different pose, such as lying down on the ground, standing, falling over, and so on.”

.@InfAtEd, @ZJU_China researchers devised a new deep learning architecture that can combine pre-learned skills to create new skills on the fly. A four-legged robot using the #AI quickly navigated complicated situations, such as recovering from a fall: https://t.co/ehpK3h8aYp pic.twitter.com/8KXsHdnFcj

Eight simulated ‘experts’ were trained in order to develop the robot’s various skills, such as walking, maintaining balance, running, and more. When the robot faced a difficult task, such as falling down over uneven surfaces, each of the algorithmic experts could spark into life and tell the machine what to do in order to get back up.

As such, when a human comes over to the dog and pushes it to the floor, the robot knows how to return to its feet.

The end-goal of this research is to teach robots to learn in the same way that human babies do; rather than having to code specific actions and resistances for climbing stairs, for example, the robot could simply be ‘told’ that moving their limbs is enough, and then artificial intelligence could – eventually – achieve the correct movement.

When robots enter everyday life, or are used in certain commercial applications, this way of learning will be vital, because there are so many uncontrollable variables that researchers cannot predict that it would be impossible to try and code a robot for every eventuality.

“A grand picture or grand vision,” Li said, “is that we will have more intelligent machines, which are able to combine flexible and adaptive skills on the fly, to handle a variety of different tasks that they have never seen before.”