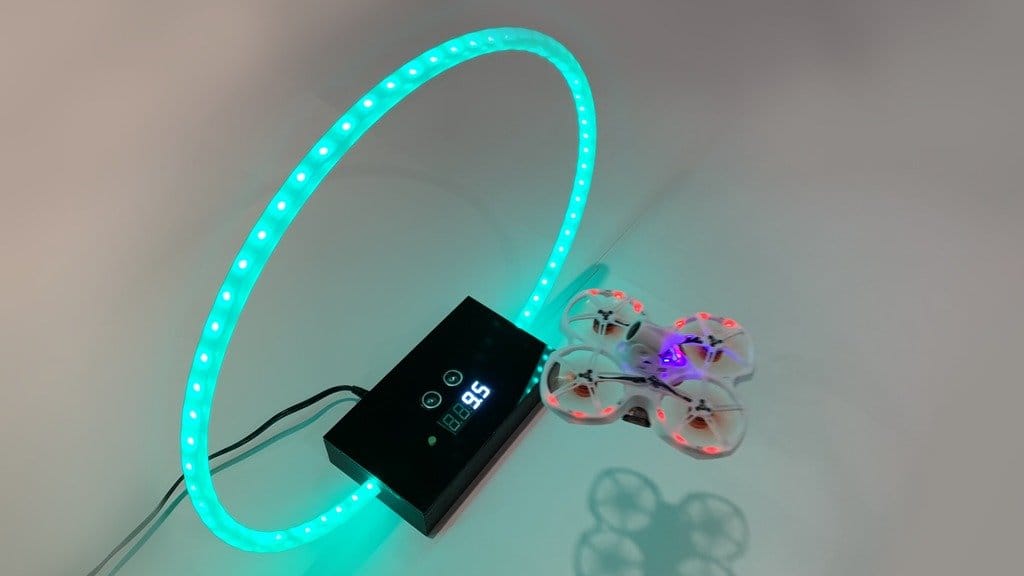 The master gave his son a small drone with a camera for Christmas. Specifically model EMAX Tinyhawk II. This is a small drone weighing less than 50 grams and belonging to the racing class.
In the basement, he set up a racing track. It was necessary to fly out of point A and, having flown through several control points, will return back. There was only one thing missing – a timer, so that you could track the beginning of the flight and the end.
Then the master decided to make a timer on his own. When the drone passes through the gate at the start of the race, the timer starts and continues until the drone passes through the gate at the end of the race again.
Because the project uses Arduino he decided to add an RGB LED strip to the arch through which the drone flies. The LEDs change color every ten seconds during the race so that the pilot can see with his peripheral vision and thus control the time. If the race ends with a new record time, the LEDs indicate running lights. A long press on the reset button saves the current race time as a new record to be broken.
Below you can watch a video from the race track.
Tools and materials: -Arduino Nano; -Ultrasonic distance sensor HC-SR04; -4-digit 7-segment display; -WS2812B individually addressable RGB LED strip (2M, 120 LEDs, 5V); – Button; -Capacitor 1000 uF; -Resistor 470 Ohm; -Resistor 10 kOhm; -Power supply 5V; -Micro USB cable; -Soldering iron;
-Wires;
-Heat shrink tubes; -Black plexiglass;
-Drilling machine;
-Electric jigsaw; -Glue gun; -Plastic tube with an outer diameter of ½ “;
-Board;
-Joinery glue;
-Nails;
-Hammer;
Step One: Equipment
To track the flight of the drone through the arch, the master uses the HC-SR04 ultrasonic distance sensor. This sensor is often used in robotics to measure distance. It has four pins, two of which are D4 and D3, you need to connect to the Arduino.
He decided to use an Adafruit I2C 4-digit 7-segment display to display race times. This display uses serial communication to update the display and is connected to only two I2C pins on the Arduino Nano – A4 (data) and A5 (clock).
A 2 meter RGB LED strip is used for light indication. The craftsman folded it in half so that the LEDs were pointing up and down. This LED strip runs inside the plastic tube that the drone flies through. The LED strip is connected to the D5 pin of the Arduino through a 470 ohm resistor. A capacitor with a capacity of 1000 μF is placed in the power supply circuit with the LED strip.
The button is used to reset the timer to zero. When you press it for a long time, the last result is fixed. It connects to pin D2 of the Arduino and through a 10K resistor to ground.
This project uses a 5V power supply and DC power adapter with clamping screws to power this project. The RGB LED strip has too many LEDs to be powered directly from the Arduino so it connects directly to the power adapter. The Arduino is powered by another source, via a micro-USB cable. 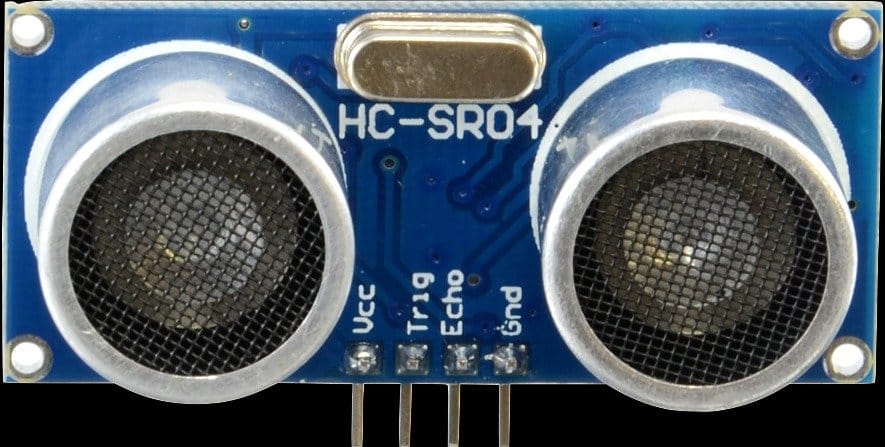 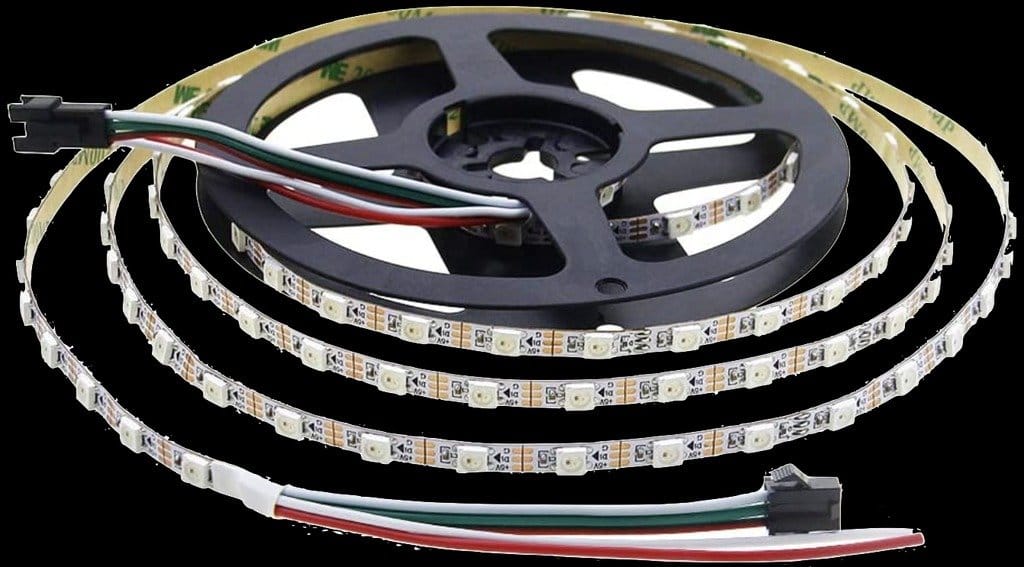 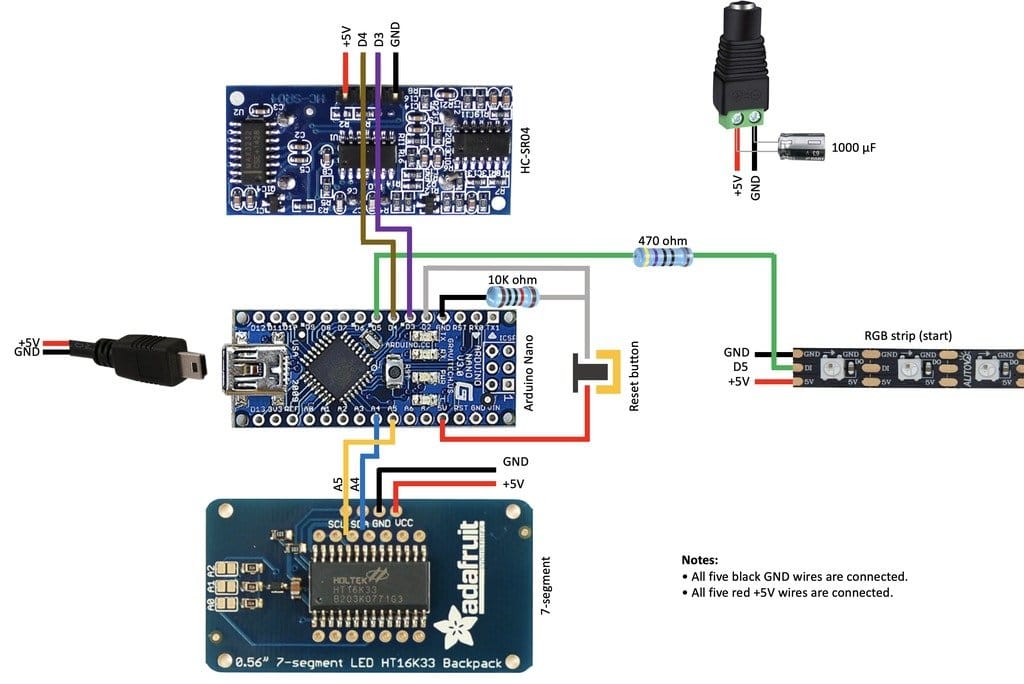 Step Two: Software
The software for this project is relatively simple. The main loop of the program checks for the presence of a drone at the gate and starts or stops the race timer. The elapsed time is updated on a 4-digit display with a maximum time of “999.9” seconds. The hardest part of the code is updating the RGB LED strip to indicate race progress. Since a 2 meter LED strip was used bent in half, the LEDs must be mirrored. Those. the top and bottom LEDs should display the same color.