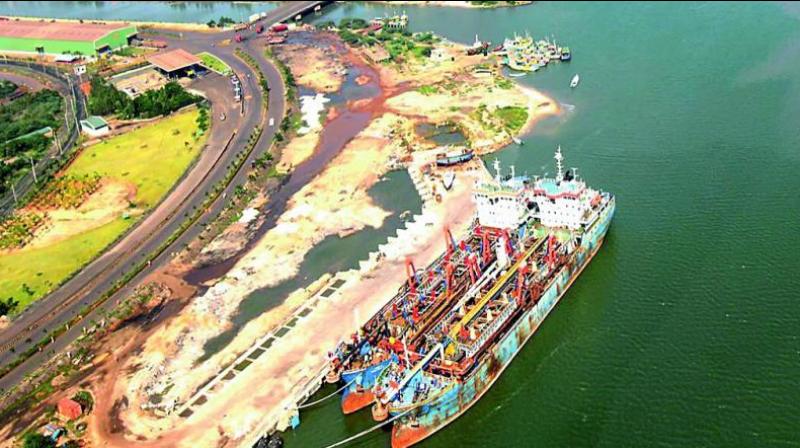 Hyderabad: Andhra Pradesh has strongly opposed the Centre’s move to snatch control of even minor ports from the states through the proposed Indian Ports Bill, 2020.

Describing the Bill — that can decide which minor port should remain operational and which has to be shut down — as blot on the federal spirit, the state government has dashed off a letter to the Centre asking the latter to convene a meeting with all the maritime states before proceeding further on the proposed legislation.

AP's objections come close on the heels of the Gujarat Martime Board (GMB), the oldest autonomous authority that revolutionised the maritime sector in Prime Minister Narendra Modi's native state, also opposing several provisions of the Bill. While GMB soft-peddled on the Bill apparently due to political compulsions, the AP Maritime Board explained in detail how the Bill is ultra vires the Constitution.

“The Centre under the guise of the new Bill cannot step into the shoes of states and take away all their powers,” said N.P. Ramakrishna Reddy, APMB chief executive officer, in his latest letter to the Union ministry of shipping. Earlier, too, the state authorities had expressed concern over the provisions of the Bill and insisted that minor ports should remain with the states.

Ramakrishna Reddy explained that sub clause 5 specifies that all ports operating prior to the appointed date shall not function after two years, unless permitted by the Centre. "This cannot be accepted as it is against the long-term concession agreements signed with private developers,” he pointed out. While the state developed or proposed to develop a few minor ports on its own, it alloted a few others to private players to develop under the public private partnership mode.

The Centre proposed a single entity, the Maritime Port Regulatory Authority, which will have control over the 130-odd minor ports nationwide. Though the states will have their boards, the Centre will appoint the constituents and will play big brother to every decision of the state boards.

Ramakrishna Reddy drew the Centre’s attention to previous enactments on subjects included in the concurrent list and empowering the states to regulate them as in the case of labour, industrial and energy laws. Another feature of the Bill that may threaten to lead to biased development of the maritime sector is the Centre’s power to decide and publish a plan for development of ports.

“Waterfront and land in the sea up to the baseline belong to the state and we should decide development of our 974-km long coastline, not the Centre,” the APMB chief said. The Bill is likely to hamper the states’ growth if the Centre ignores development of minor ports in a particular state due to reasons other than technical and commercial, which, in other words, mean political. The dispute resolution and adjudication process suggested in the Bill is also faulty and will not withstand the legal scrutiny, he pointed out in the letter.