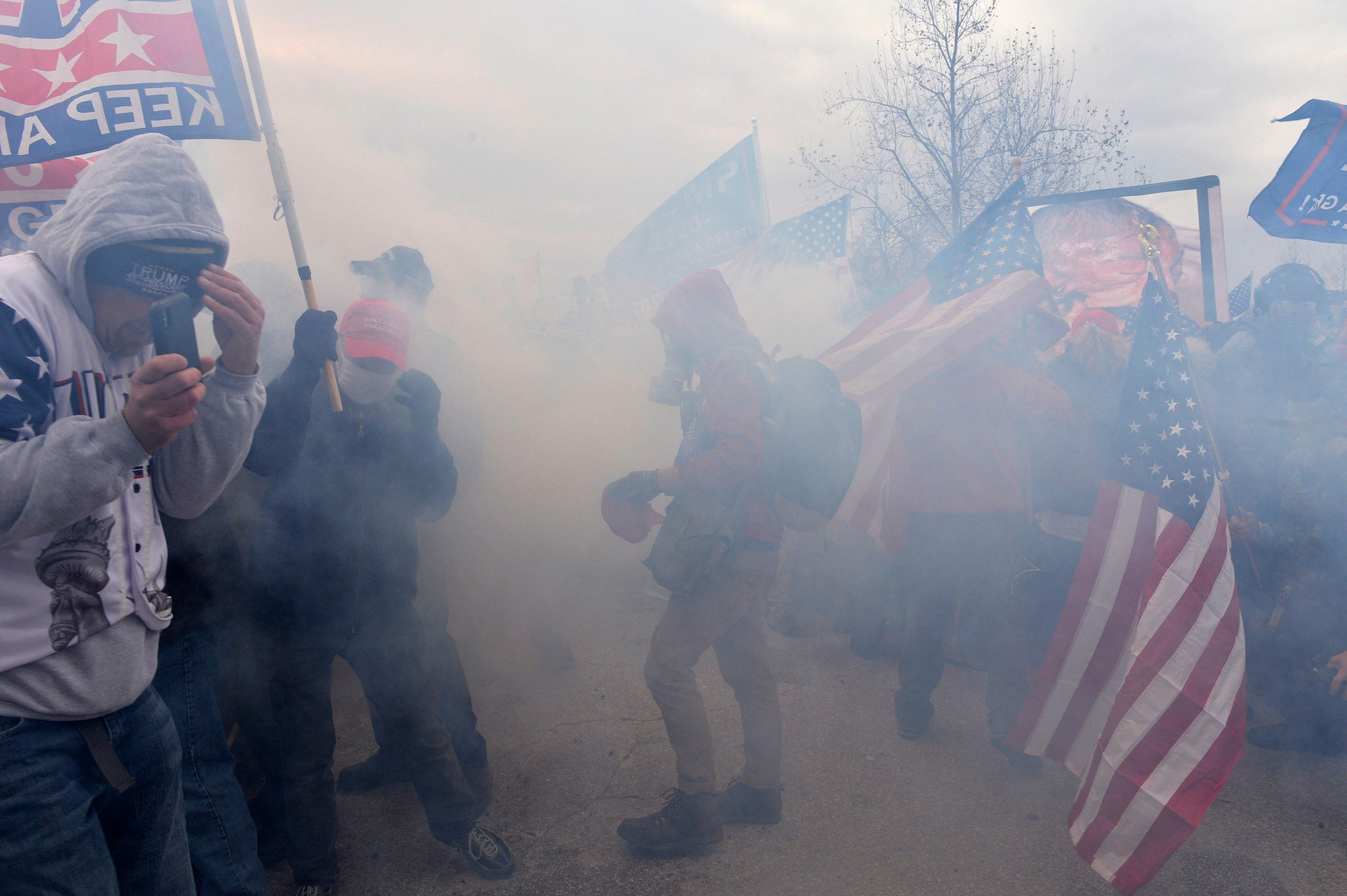 Facebook and Instagram have banned Trump from posting for 24 hours in the wake of violence in Washington, DC.

And it will also change the labels that have appeared on posts that attempt to cast doubt on election results. The new warning will read: “Joe Biden has been elected President with results that were certified by all 50 states. The US has laws, procedures, and established institutions to ensure the peaceful transfer of power after an election.”

The company had previously called the events an “emergency situation” and removed a video posted by Mr Trump in which he appeared to praise the rioters.

Facebook said that the 24-hour ban on posts from Mr Trump’s account came in response to “two policy violations”, though it did not say precisely what those violations were.

But it suggested that the posts at issue were a video in which Mr Trump praised the rioters and called them “very special”, and another in which he falsely claimed that their actions were a result of the election having being stolen.

“We made the decision that on balance these posts contribute to, rather than diminish, the risk of ongoing violence,” Facebook said in a statement. That echoed a post from the company’s vice president of integrity, Guy Rosen, earlier on Wednesday, in which he had explained the decision to remove that video.

“Let us speak for the leadership team in saying what so many of us are feeling,” Facebook wrote in a blog post explaining the new decisions with respect to Mr Trump’s account. “We are appalled by the violence at the Capitol today.

“We are treating these events as an emergency. Our Elections Operations Center has already been active in anticipation of the Georgia elections and the vote by Congress to certify the election, and we are monitoring activity on our platform in real time.”

As well as limiting Mr Trumps’s account and adding the new label to post by him and others about the election results, Facebook said it would add new emergency measures in an attempt to stop the spread of violence, conspiracy theories and hate groups on its platforms.

They will include requiring more group admins to approve posts before they can go live, automatically disabling comments on posts inside groups that have a “high rate of hate speech or content that incites violence”, and using artificial intelligence to limit the reach of posts that seem to violate its policies.

“We’re continuing to monitor the situation and will take additional measures if necessary to keep people safe,” Facebook said.