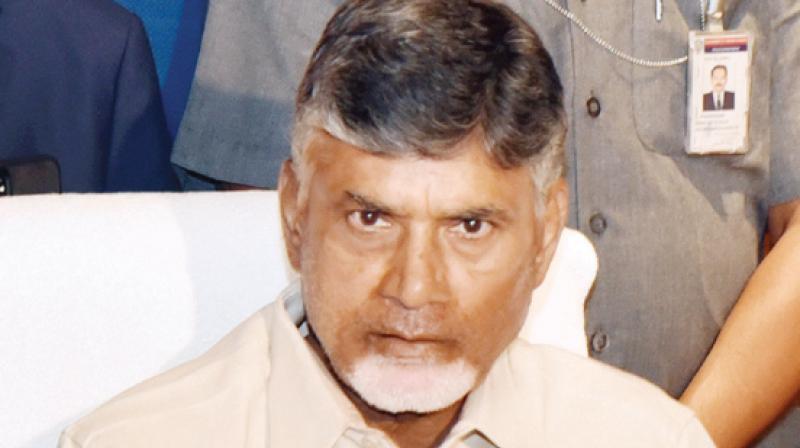 Naidu said the coming Tirupati by-election will be a golden opportunity for people of the state to put an end to non-stop atrocities unleashed on people by the Jagan Mohan Reddy government.

Addressing a meeting of party’s Tirupati parliament segment leaders, the former chief minister accused AP DGP Goutam Sawang of not acting as per rule book, abiding by laws of the land.

Naidu claimed that on Bhogi day, DGP had said mad men have been responsible for temple attacks but changed his statement on Kanuma day, attributing the attacks to opposition parties. The Leader of Opposition charged that the state government remained complacent till 150 temples or idols were vandalised.

He alleged that it is YSRC activists who are actually responsible for attacks on temples to divert attention from cases that they are facing. He maintained that no cases had been filed against those who vandalised temples or damaged idols. Instead, the state government has filed cases against TD leaders for visiting Ramatheertham, while no such thing was done when Rajya Sabha MP Vijaysai Reddy and YSRC leaders did the same and even went on to provoke crowds that had gathered there.

Naidu wanted people to treat Tirupati by-election as a referendum and give a verdict against YSRC’s misrule. He said people have already started revolting against the Jagan Mohan Reddy government and protests organised by TDP against the ruling party’s misrule are getting a good response, including from the younger generation.

The TDP chief asserted that protests at Ramatheertham visit and Bhogi bonfires against YSRC’s misrule are clear indications of the rising anti-establishment sentiments.