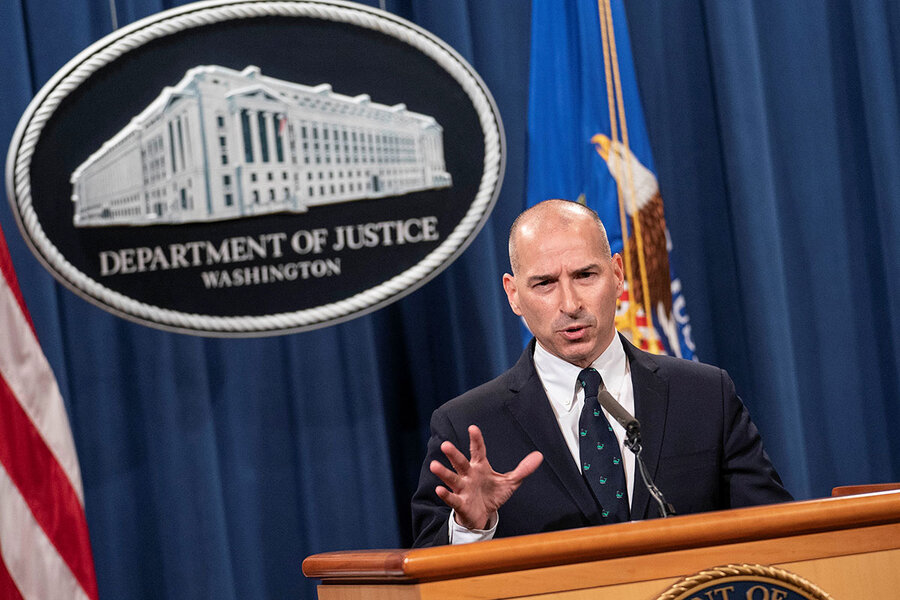 The United States is in the middle of its most turbulent transition of governments in over a century.

On Jan. 6 hundreds of rioters invaded the U.S. Capitol, disrupting the constitutionally mandated counting of electoral votes by Congress and resulting in five deaths. Federal law enforcement has warned of potential violent demonstrations at every state capitol ahead of President-elect Joe Biden’s inauguration next week.

The immediate political consequences could soon be resolved – though the aftershocks will linger. The House of Representatives this week, in a bipartisan vote, impeached President Donald Trump for a historic second time for “incitement of insurrection.” Next comes a trial in the Senate.

The legal consequences, however, may not be known for months.

Criminal investigations into the Capitol invasion are underway both federally and locally, and the significance of these investigations should not be underestimated, says Joyce Vance, a former U.S. attorney who teaches at the University of Alabama School of Law.

“The work that’s ahead of the Justice Department in determining if it’s something that just sort of organically erupted, or … if there was a conspiracy that wanted to overthrow a legitimately elected government,” she adds, “has to rank up there as the most significant investigation the Justice Department has taken on.”

The U.S. House of Representatives this week, in a bipartisan vote, impeached President Donald Trump for a historic second time for “incitement of insurrection.” Next comes a trial in the U.S. Senate.

With regard to Jan. 6 itself, the answer is still maybe. The president obviously wasn’t part of the mob that broke into and ransacked the Capitol, but his speech at a rally hours before the riot – and possibly his actions, or lack of action, during it – could potentially be prosecuted.

The First Amendment protects many kinds of speech, but not all kinds of speech. For prosecutors to prove that the president incited the mob to invade the Capitol they would have to prove – beyond a reasonable doubt – that he was both trying to encourage immediate lawbreaking and that his words were likely to produce that lawbreaking. (The relevant Supreme Court precedent, for those curious, is Brandenburg v. Ohio.)

That’s a very high burden, which is why many legal experts are skeptical that we could see Mr. Trump prosecuted for inciting the Capitol invasion. That case could also have such a sizable effect on the free speech rights of Americans generally that prosecutors may be wary of touching it.

Great, so Mr. Trump is in the clear.

Criminally, regarding Jan. 6 specifically, he probably is. (Two caveats: Impeachment is a political process, and a Senate trial operates differently from a criminal trial. Also, the DOJ is investigating the extent to which the Capitol invasion was planned in advance. If they can prove that it was, and if they can prove that the president was somehow personally involved, all bets are off.)

What Mr. Trump should be more worried about, legal experts say, is criminal exposure on other fronts. He is already fighting investigations by prosecutors in New York into his personal finances, as well as multiple defamation lawsuits from women who have accused him of sexual assault.

Then there are more recent actions. Legal experts point to his Jan. 2 phone call to Georgia Secretary of State Brad Raffensperger, asking the state official to “find” votes that would flip the presidential election result in the state in his favor, as a potential violation of state and federal election law.

“It’s a better case for him to be charged with attempting to engage in election fraud,” says Ilya Somin, a professor at George Mason University’s Antonin Scalia Law School. “By all means I say go after Trump, but go after him in ways that don’t risk harming the civil liberties of ordinary people.”

Isn’t it rare for former presidents to be prosecuted?

Given his potential legal exposure, this could be another norm the Trump presidency breaks. It will represent a challenge for President-elect Biden. He has pledged to restore the independence of the DOJ – an agency that lies within the executive branch but that is designed to represent the American people as a whole – after problematic behavior during the Trump administration. His administration prosecuting his predecessor would, at the very least, look bad.

But the Justice Department’s prosecutorial decision-making “has to be independent,” says Chuck Rosenberg, a former U.S. attorney and senior FBI official.

“How hard is that to become independent? It’s not that hard. The president just has to stay the [heck] out of it,” he adds.

What about other people? What legal trouble are they in?

There have been 275 federal and local cases filed in connection to the Capitol invasion, Michael Sherwin, acting U.S. attorney for Washington, D.C., said at a press conference Friday. Mr. Sherwin added that he expects the number to grow.

Most of the charges filed so far have been relatively minor, such as engaging in disorderly conduct on Capitol grounds, unlawful entry, and violating curfew under the district’s criminal code. But those are just initial charges. As law enforcement gathers and reviews more evidence, more indictments and charges will be filed. Existing charges could also be upgraded or downgraded.

Treason (defined in the Constitution as “levying war” against the United States or giving “aid and comfort” to its enemies) and insurrection (essentially defined as engaging in a rebellion against the government) are both rarely charged in general and unlikely to be charged here.

But Mr. Sherwin did confirm this week that a “strike force” of senior prosecutors is building seditious conspiracy charges. A crime with a long and controversial history of criminalizing political dissent, “seditious conspiracy” is defined as conspiring to “levy war” against the U.S. government, or attempting to “hinder or delay the execution” of U.S. law, or trying to “seize, take, or possess” government property.

“It’s a very serious charge, and one we don’t see often,” says Kami Chavis, a former assistant U.S. attorney who directs the Criminal Justice Program at Wake Forest University. “We’ll have to wait for the evidence investigators uncover to prove that against certain individuals.”

Sounds ominous. What will we see happen now?

This is likely to be a sprawling and complex investigation. Every FBI field office is working on it. And experts say a big challenge for law enforcement will be simply identifying everyone who was involved.

Agents will be studying video footage, following up on tips, looking at social media postings and relationship charts, and interviewing witnesses and suspects. It will be like investigating the mafia, says David Gomez, a former assistant special agent-in-charge in the FBI’s Seattle field office.

“If you believe you have a criminal enterprise conspiracy you work your way up from the bottom and find out who leaders are,” he adds.

When the time comes to go to court – and the pandemic has disrupted jury trials across the country – they will mostly be tried in federal and local court in Washington. Expect a lot of plea bargains, though.

It’s also important to note that the FBI isn’t obliged, nor likely, to share every detail of these investigations – particularly bigger and more sensitive aspects like whether the Capitol riot was planned.