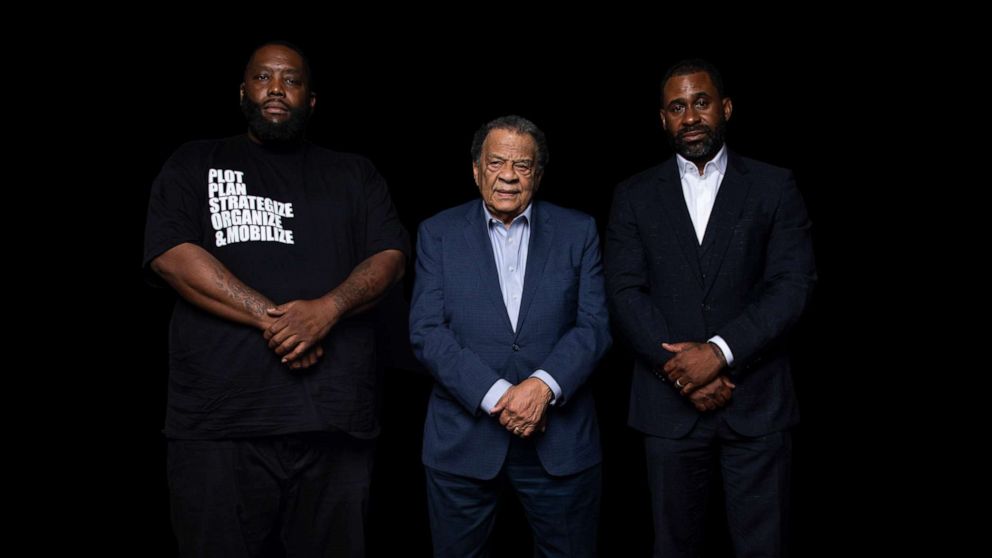 Part of the conversation about the recent racial reckoning in the United States amid the Black Lives Matter movement surrounds economic injustice. Inequity in home ownership between white and Black Americans, a scarcity of banking options available in Black and brown communities, and the difficulty Black entrepreneurs face securing loans to fund small businesses — are some of the concerns over financial inequality.

A bill last year was introduced in Congress by a handful of Senate Democrats to make discrimination in the banking industry explicitly illegal for the first time. The bill has been sitting in the congressional Committee on Banking, Housing, and Urban Affairs.

Those concerns over economic injustice have led Black financial entrepreneurs to create financial services and banks for communities of color.

There are several Black-owned financial institutions that have been established throughout the decades: OneUnited, Broadway Federal Bank, CitiFirst Bank are among them, as well as the nation’s oldest continuously-Black-owned bank, Citizens Saving Bank and Trust Company, established in 1904.

While these Black-owned banks began as physical, so-called “brick-and-mortar” buildings, they’ve launched digital components providing for online banking as part of their portfolio of services.

However, one Black-owned banking endeavor, poised to launch later this year, is positioning itself as a fully 100% digital Black-owned bank, and has attracted Black celebrity star power in an effort to attract those seeking to support Black-owned businesses and keep dollars in communities of color.

Render told ABC News that banking was always stressed as he was growing up.

“So my grandparents believed in the Negro Leagues and Black Banks. They believed in participating in a larger economy, rather. But they always made a particular focus to do things that were specifically by and for Black people.”

“Greenwood was founded with the idea of recirculating dollars back into the Black community,” said Greenwood’s president and chief technology officer, Aparicio “Reese” Giddins.

Giddins, who has worked in banking for over 20 years told ABC News that starting a bank was always an aspiration.

“I wanted to start a bank out of college … and I entered the banking career field because you don’t see a lot of us in the field,” Giddins said, referring to the underrepresentation of African Americans in the financial industry.

The Equal Employment Opportunity Commission found that among the banking-credit subsector’s industry professionals, African Americans make up only 7%. According to a Bureau of Labor Statistics report finding, of the 551,000 financial advisers in the U.S., only 6.9% are Black.

Giddins said Greenwood “pays homage” to the Black Wall Street of Tulsa, Oklahoma’s Greenwood District of the 1900s where black home ownership levels were high and money was recirculated within the Black community.

“When people think of Black Wall Street and when they think of the term ‘Wall Street’ they think of New York City, they think of investment. They think of banking. That’s not what was in Tulsa. This was Black Main Street. This was a black enclave created out of necessity because of Jim Crow segregation, where black people concentrated in a 35-square block, maintained proliferations of service providers like doctors, lawyers, dentists, accountants … But most of the businesses were small sort of mom-and-pop type operations … all the kind of business enterprises that you might find in towns across the nation,” Johnson said.

Yet launching an independent, digital bank can be a risky venture. For example, Greenwood is not Federal Deposit Insurance Corp-insured — the FDIC is an agency that protects bank customers’ money in case a bank fails for any reason.

According to its website, while Greenwood is not FDIC insured, it is partnered with an FDIC-insured institution that will insure up to $250,000 of deposits.

Also for now, Greenwood is limited to offering only personal, not business accounts.

“One of the things that we’ve seen is that those banks that are in the community have often been left out the community … we’ve seen a kind of a gravitation towards online platforms and mobile banking … Everyone talks mobile first in terms of banking and that’s been highlighted in the pandemic. It just makes sense. So 65% of all individuals now are banking online or using their mobile device. So it’s a natural transition to have our customers, onboard our platform, digitally … We solely want to focus on the outreach. This gives us a broader reach, to reach more customers in the community, to join our platform,” Giddins said

Giddins said the bank will donate $10,000 to Black or Latino businesses every month by providing grants. He said he wants to use Greenwood as a means to help increase the amount of Black and Latino home owners by providing education on mortgages as well as mortgage loans.

But Greenwood’s main purpose, said Render, is to serve the underbanked, those he said who live in banking deserts, “so they’re not dependent upon check cashing places or payday loan lenders.”

Greenwood also has plans to launch the “Greenwood Gives Back Program” where money from customers is circulated to Black and Latino businesses and provides food to struggling families, Giddens said.

These initiatives will be paid using a roundup feature that allows customers to round up their change to causes with which Greenwood has partnered, according to Greenwood’s website.