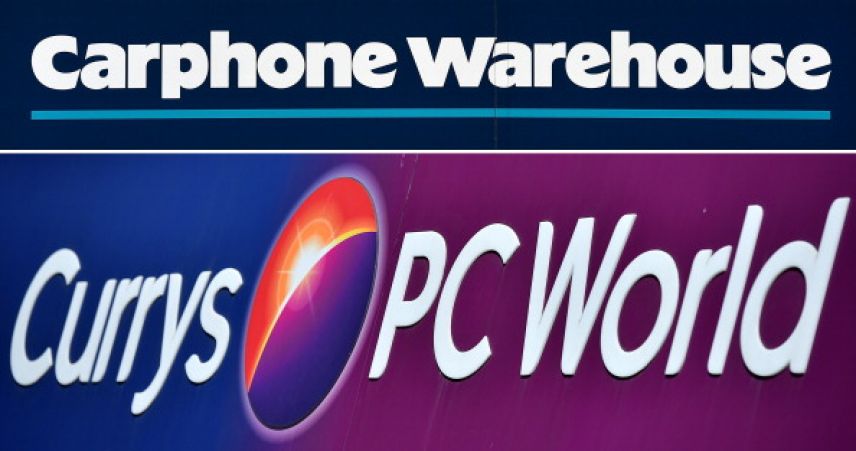 The group trades as Currys PC World and Carphone Warehouse in Ireland and the UK. Photo: Ben Stansall/AFP via Getty Images

Electricals retailer Dixons Carphone has experienced some “teething” issues supplying Ireland in the wake of the post-Brexit trade deal with the European Union which kicked-in on January 1st, its boss has said.

“There have been some teething troubles when it comes to the Republic of Ireland business but in short we’re confident we can get over the disruption there,” chief executive Alex Baldock told reporters after the group updated on Christmas trading.

“One of the areas that we benefit from being number one at what we do – we’re first in the queue for scarce stock with our suppliers and we’ve been able to manage the situation to keep some disruption to customers to a minimum,” he said.

He said it would take “days and weeks” to resolve rather than months.

Mr Baldock also said he would press the UK government to continue to allow “click & collect” services in England while its stores are closed in the Covid-19 lockdown.

Earlier this month Scotland tightened its lockdown measures to restrict non-essential retailers from offering click & collect, though electricals retail was excluded from the new rules.

“We continue to make the case that what we’re providing to customers is a safe and essential service,” he said.

He said the group had invested over £15 million (€17 million) in offering a safe, zero contact, order and collect service.

The group, which trades as Currys PC World and Carphone Warehouse in Ireland and the UK, said an 118 per cent jump in online sales more than offset the forced closure of stores.

“Despite the myriad challenges thrown our colleagues’ way we’ve put in a strong performance and we’ve done it by winning online,” Mr Baldock said.

While its shops have been closed during lockdowns, Dixons Carphone has benefited from people working from home and buying equipment for their houses.

However, the outcome for the 10 weeks to January 9th did represent a slowdown from growth of 17 per cent in its first half.

That and the lack of an upgrade to the group’s full year profit outlook sent its shares down 1.9 per cent by 0958 GMT, extending losses over the last year to 21 per cent.

The group said UK & Ireland like-for-like revenue was up 8 per cent over the 10 weeks, while international like-for-like sales rose 14 per cent.

“People seemed to have wanted the takeaway coffee experience at home,” he said.