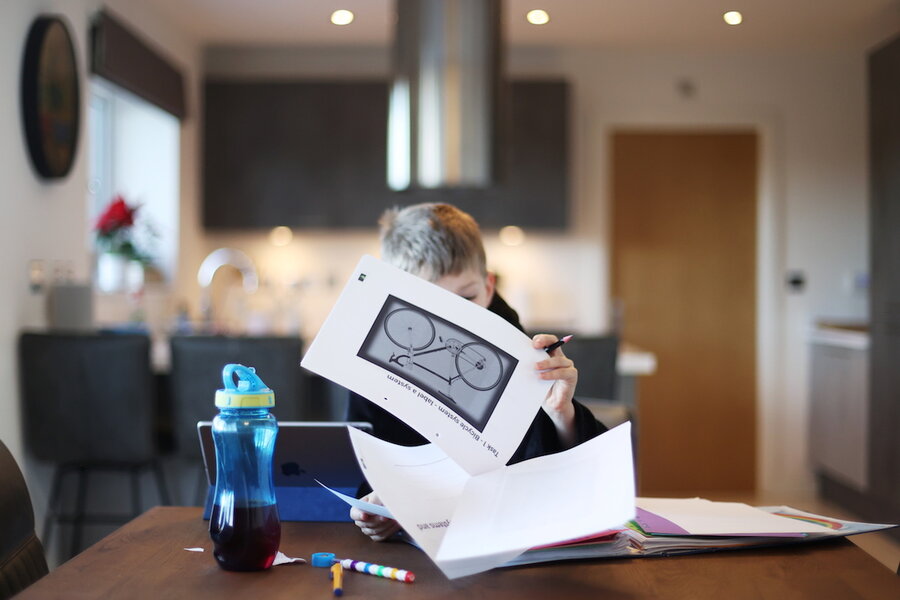 When British single mother Martha sensed another COVID-19 lockdown was looming, one of her biggest worries was how her three young sons would cope with online schooling again when the family still didn’t have a computer.

Martha’s children, who are all in primary school in London, struggled during the first round of school closures last year – unable to access their school’s digital lessons and cut off from their classmates.

“They missed out on the fundamentals that were supposed to be in place – and they missed out on basic things like being in contact with their friends,” said Martha, who asked not to give her full name to protect the family’s identity.

Unable to afford a computer, she found help from Catbytes in south London, one of a growing number of community initiatives distributing donated computers to children and other groups affected by “digital poverty” during the pandemic.

“They’re happy because they can get on with their school work,” said Martha, who was able to borrow a laptop from Catbytes’ Tech Library and later got another from the school.

“At home is their classroom [now],” she told the Thomson Reuters Foundation by phone from her south London home.

Nearly 1 in 10 British families – including up to 1.8 million children – had no computer or tablet at home at the start of the pandemic, according to estimates from the country’s Ofcom media regulator.

Up to 900,000 children only had internet access at home through a mobile phone network, it found.

Many have had a hard time keeping up with classes since England’s third national lockdown began on Jan. 4, shutting schools for most pupils.

The government has pledged more than a million laptops to help children get online, and has said that those without computers at home can attend school if necessary.

But education experts and charities have warned that many poorer families are still struggling with a “digital divide” that risks widening existing education gaps.

“We know there are still many children who are missing out,” said Kate Anstey, a project lead at the charity Child Poverty Action Group, urging authorities to act on lessons from school closures in the first lockdown last year.

“We heard of secondary school pupils attempting to write essays on phones, children queueing up to use one household device, and parents waking up early to copy out worksheets by hand for their children,” she said.

Dozens of business and community-led computer donation programs have sprung up around the country to help plug gaps, an offshoot of “mutual aid” community groups established in many neighborhoods to help the vulnerable during the pandemic.

“The demand has always been there but it has really skyrocketed in recent weeks with the schools closing,” said Cat Smith, a volunteer at London-based Lambeth Tech Aid, which was established in April 2020.

The number of calls has “exploded” in recent weeks, said Nina Porter, an organizer at the Level Up laptop donation program in East Surrey, with offers of equipment pouring in.

Organizers said they had been taken aback by the level of need, with some schools requesting more than a hundred devices for students with no or insufficient devices at home.

By gathering unwanted computers to be refurbished and re-used, the programs also highlight issues around tech waste.

“It shows there is a lot that can be done with the resources that are already in our community,” said Ugo Vallauri from the tech repair and re-use charity The Restart Project, which runs a list of computer donation projects around the country.

While donated tech is not always in perfect condition, having access to a computer or tablet can make a massive difference for young people and their families.

“It’s a big need,” said Simon Howatson, chief executive of tech re-use firm Rebuyer, which is co-organizing the Donate Digital program in the north east of the country.

“In the pilot we did, the headteacher came back to me and said, ‘Simon, we’ve had families crying on the doorstep, it means that much to them.’”