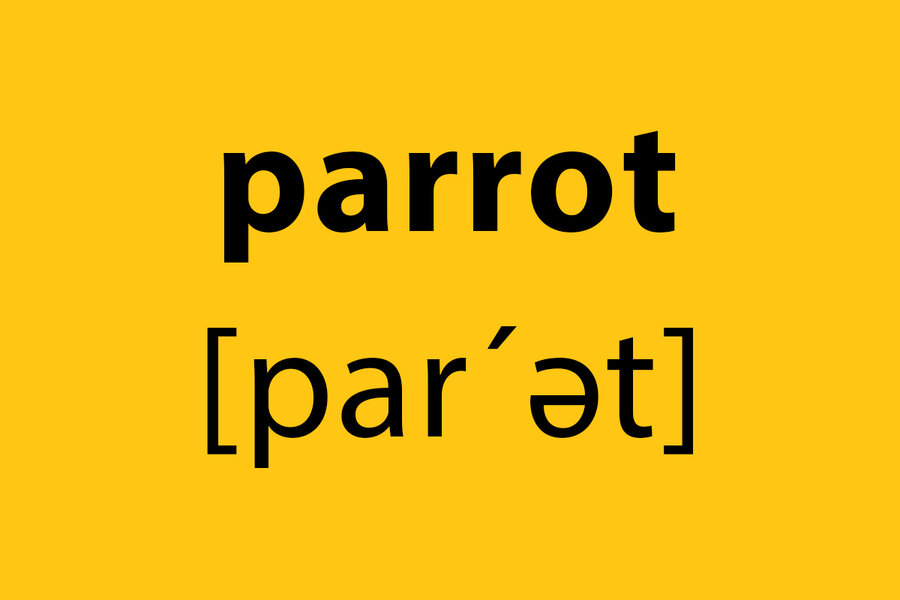 If viral social media posts are anything to go by, dogs that unexpectedly discover food will return to the magical spot where it happened again and again, sometimes for years. One owner tweeted that his dog never fails to investigate a bush in which it sniffed out a lasagna three years earlier; another dog has been going every day for five years to check out a gutter that once produced a sausage. This tenacity is key to the meaning of the verb dog – to “follow (someone or their movements) closely and persistently.”

Many animal names have undergone such verbification, as the process of turning nouns into verbs is called. Sometimes, as with dog, the verb takes its meaning from a particular characteristic of the animal. To parrot is to “repeat by rote” without understanding, like a macaw that can say “Polly want a cracker” without knowing what it means. Beavers are hardworking engineers of the animal world, cutting down trees with their front teeth and using the wood to build elaborate dams, so it’s not hard to see how beaver (away) came to mean “work energetically.” If you have watched a squirrel burying nuts for the winter, squirrel (away) – “store up for future use” – makes a lot of sense. With badgers it’s the opposite. They are reclusive creatures that live underground, but badger means “harass persistently.”

In other cases, the animal-verb relationship reflects something done to the animal. The British verb winkle (out) captures the fiddly process of eating periwinkles, which are small marine snails. “I winkled the recipe out of my mother” implies that you had to work to get her to reveal her secret, just as it can be a struggle to get a tasty but tiny winkle out of its spiral shell.

And sometimes words that look like verbified animal names are not. I had always assumed that flounder (“to struggle to move or obtain footing: thrash about wildly”) came from the way flounders wriggle around to bury themselves in the sand; it actually appears to be related to the verb founder, as in “the ship foundered on the rocks.” In its origins, quail (“he quailed at the thought”) has nothing to do with small, shy birds scattering in fear, but rather shares a root with quell, “suppress.” Likewise cow (“to destroy the resolve or courage of”) and carp (“to find fault or complain”) cast no aspersions on cattle or fish, as these verbs are also unrelated.

Cats are the most recent animals to be verbified. To cat means simply to “act like a cat,” which involves a quiet dignity. Viral lists of “18 cats who forgot how to cat,” though, show felines with their heads stuck in vases or sleeping belly up, offering strong evidence that cat should instead be defined as to “get tangled up in the window blinds.”