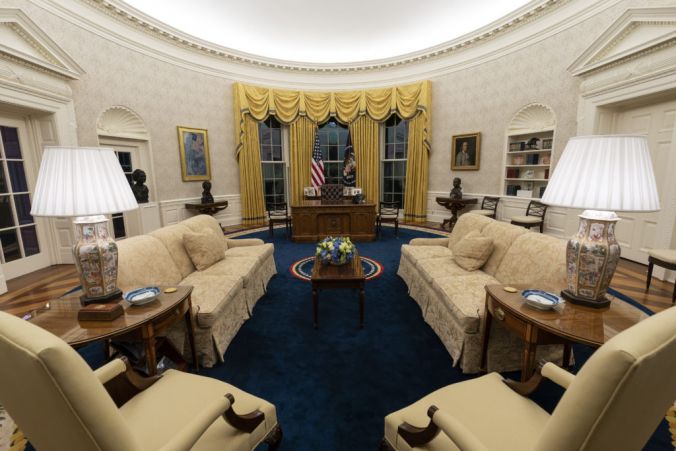 The Oval Office of the White House is newly redecorated for the first day of President Joe Biden’s administration in Washington, © AP/Press Association Images

US President Joe Biden has given the Oval Office at the White House a slight makeover.

Mr Biden revealed the new decor as he invited reporters into his new office to watch him sign a series of executive orders hours after he took office.

A bust of Cesar Chavez, the labour leader and civil rights activist, is nestled among an array of framed family photos displayed on a desk behind the new president.

Benjamin Franklin peers down at Mr Biden from a portrait on a nearby wall.

Mr Biden brought a dark blue rug out of storage to replace a lighter coloured one installed by former president Donald Trump.

One office feature remains: Mr Biden is using what is known as the Resolute Desk because it was built from oak used in the British Arctic exploration ship HMS Resolute.

Mr Trump used that desk too.