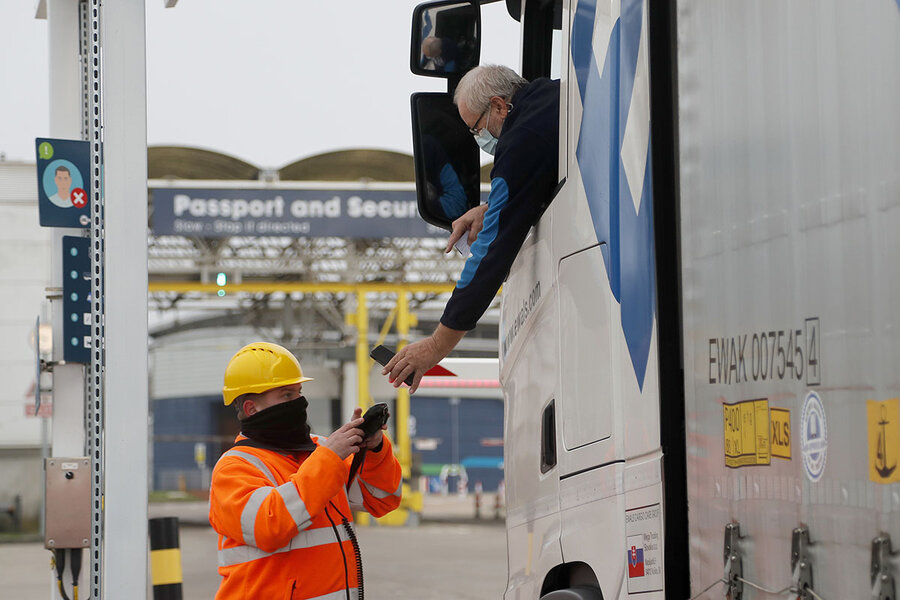 Three weeks into its post-Brexit existence, the United Kingdom isn’t experiencing the sort of new world that “leave” supporters were expecting. Nor one that the “remain” side anticipated, either.

The endless political debate that had consumed society may finally be over. Take a walk around any British street and you’d be hard-pressed to find the quirky placards that had adorned bedroom windows immediately after the 2016 Brexit referendum. And the protesters clad in Union Jack blazers or EU colored hats jostling for attention outside Parliament are no longer to be found.

But instead of being rampant at the moment that it became real, Brexit has largely fallen from public attention. With the pandemic ravaging the U.K., most Britons are more concerned with lockdowns and social distancing than their country’s new geopolitical status. And even were the pandemic not a factor, the public still remains firmly divided over Brexit, with the new trade deal’s implications only starting to emerge.

“It’ll take a long time before anyone is able to come to a really objective assessment on what Brexit really means for the U.K.,” says Patrick Diamond, former head of policy at 10 Downing Street. “The disruptive effect of the pandemic has been so enormous. It’ll be several years before an objective understanding is possible.”

Britain’s bandwidth for Brexit talk has faded rapidly with broadcasters, newsstands, and politicians focused on a pandemic that has left the U.K. with the highest daily per capita death rate in the world.

“Since the deal was concluded, it’s been wall-to-wall COVID. The mood is oddly non-political at the moment,” says Mr. Diamond, now a politics lecturer at Queen Mary University of London. With the Brexit deal rapidly enacted at the end of the year, it “created a national sigh of relief, with people thinking … ‘OK, we’ve got a basic deal in place. It wasn’t a disaster and some continuity is now possible.’”

Brexit opponents like Mike Buckley, director of the campaign group Labour for a European Future, say the muted response is down to public exhaustion. He argues that a trifecta of being “brow-beaten by the government, who want everybody to move on,” media which have “never reported Brexit well,” and ineffective political opposition that has “ill served the public” have all lowered the volume on Brexit.

Certainly, COVID-19 is responsible for drawing away the public’s attention. Almost three-quarters of Britons say the pandemic is the most important issue on their minds, according to an Ipsos Mori poll. With the public staying at home and unable to interact under lockdown restrictions, Brexit has fallen down the pecking order for Britons consumed by the impact of COVID-19 on daily life, says Keiran Pedley, Ipsos Mori research director.

As for how people feel about Brexit, little has changed and the mood remains divided. Political opinions have entrenched in the four-and-a-half years since the 2016 Brexit referendum took place, Mr. Pedley says.

“When you look at those numbers it sums up Brexit quite nicely, because you can interpret it in two different ways. You can say the public are more negative than positive, which is true,” or that just as many people think the breakaway is positive or neutral as think it’s a bad thing.

Still, there are signs that the reality of the Brexit deal – and some of its costs, not all expected – is starting to set in. “Trade barriers, food shortages in Northern Ireland … and Scottish fishermen having to throw away rotting food” because new bureaucratic delays have made it unsaleable, says Mr. Buckley, the Labour group director. “Facts are now cutting through,” he adds.

Britain’s fishing industry, long a vocal advocate of Brexit, has rapidly shifted its tone toward the new state of affairs after the new trade deal’s border controls pushed small British fish exporters to the brink of ruin. “Throughout the fishing industry there is a profound sense of disillusionment, betrayal, and fury that after all the rhetoric, promises, and assurances, the Government caved-in on fish,” says Barrie Deas, chief executive of the National Federation of Fisherman’s Organisations, which represents Britain’s fishers. On Monday, more than 20 shellfish trucks parked on roads near the British parliament and Prime Minister Boris Johnson’s residence in protest over post-Brexit bureaucracy.

There has also been disappointment that Britain has pulled out of the European university exchange scheme, ERASMUS. One of the most popular EU programs, ERASMUS has given hundreds of thousands of British students a chance to discover unfamiliar cultures and study foreign languages.

The decision to abandon the scheme was described by Nicola Sturgeon, first minister of Scotland, as “cultural vandalism.”

Much of the logistical detail around the trade deal remains murky, which is causing problems for small business owners. Abhilash Jobanputra and Gabriel Ungur left their banking jobs to set up a stall selling freshly brewed Indian chai in London two years ago. Unable to get basic cardboard packaging from Europe hinders their deliveries, the entrepreneurs say, and Brexit has “created a depressed mindset” among their fellow British startups.

“The inability to really plan ahead, and have some kind of idea of what the world will look like even with a trade deal, is a struggle,” says Mr. Unger. “But we’re trying to see opportunity amongst the uncertainty.”