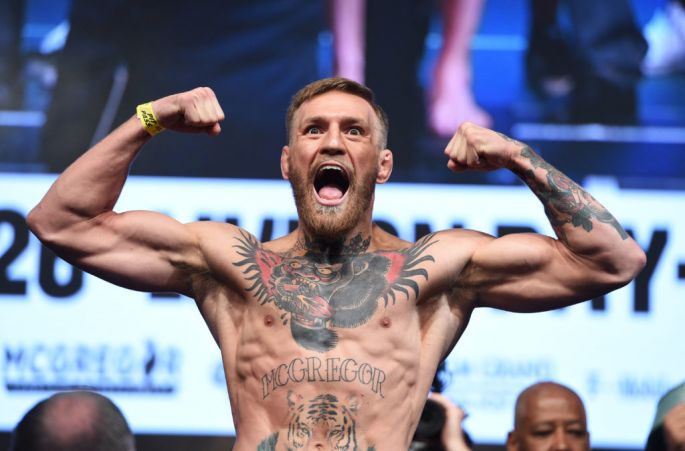 The Irishman previously entered the ring with Floyd Mayweather in 2017 in what became one of the highest grossing pay-per-view bouts of all-time.

McGregor returns to the UFC octagon on Saturday when he faces Dustin Poirier in Abu Dhabi but also has one eye on once again switching sports for a moneymaking meeting with Pacquiao.

Asked if he will fight the Filipino this year, he told BT Sport: “I need to keep my options open. The talks have been intensifying. There are behind-closed-doors talks. Let’s see how it goes.

“I would like my UFC career to get going, I am going to put a stint into this 155-pound division, a correct proper run at it, exactly like I did to the featherweights and maul every single one of them, no messing, full focus, show them what’s what.

“The Manny and the little treasure chests that are there, I’ll keep them there for sure and I am ready for them also. Let’s see what happens.”

Former two-weight world champion McGregor announced his retirement from UFC in June, claiming to be “bored of the game”.

The 32-year-old, who was previously in action last January when he beat Donald Cerrone inside 40 seconds, has since reversed that decision and is preparing for his weekend rematch with Poirier.

McGregor took less than two minutes to score a TKO victory against the American in 2014 and has warned he is ready to produce a “flawless performance”.

“I’m going to bust him up, there’s no doubt about it. He’s getting bust up,” said McGregor.

“I am going to put on a flawless performance here, an absolute clinic. I have never been more confident in my endurance than now.

“Dustin and his team may take a bit of disrespect from me saying I am going to knock him out in 60 seconds but it works both ways; them trying to say the conditioning thing – we’ll see about that.

“If you can last through the trauma I am going to bring to you, we’ll see what you’re about and who has the endurance.”