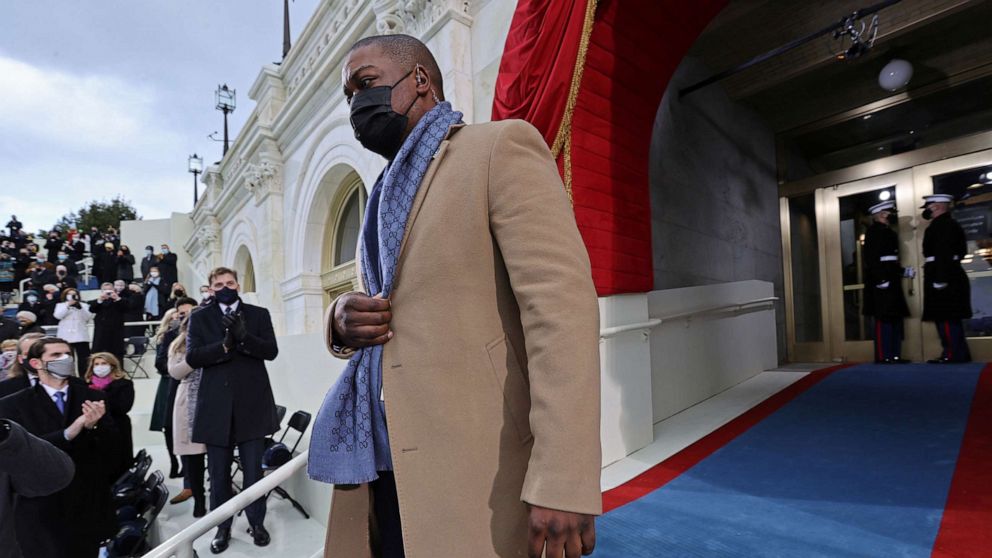 Capitol Police officer Eugene Goodman stood in a hall of the Capitol building two weeks ago, facing off against a violent mob of former President Donald Trump’s supporters.

On Wednesday, he aided in the peaceful transfer of power that those protesters had resisted, walking alongside Vice President Kamala Harris and her husband, soon-to-be second gentleman Doug Emhoff, into the 59th presidential inauguration ceremony.

Goodman was also made an honorary Deputy Sergeant at Arms for Inauguration Day.

On Jan. 6, Goodman led the mob on a chase in an effort to divert it away from the unguarded Senate chambers, where Senators, staff and reporters took shelter.

Lawmakers introduced a bill to honor Goodman with the Congressional Gold Medal for “his bravery and quick thinking” last week.

Reps. Emanuel Cleaver of Missouri, Charlie Crist of Florida and Nancy Mace of South Carolina introduced the bill on Thursday.

“Officer Eugene Goodman was the only thing standing between the mob and the United States Senate,” Crist said. “I shudder to think what might have happened had it not been for Officer Goodman’s fast thinking and commitment to his duty and his country.”