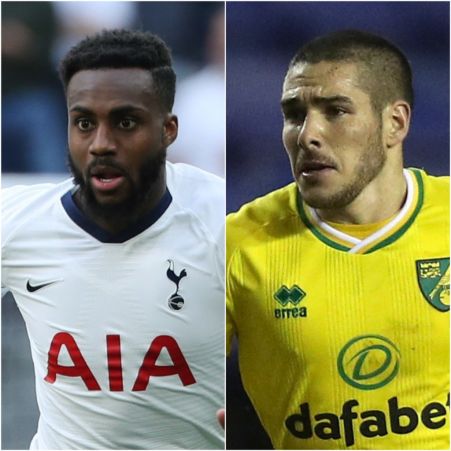 Danny Rose‘s next destination has become clearer, with the Daily Mail reporting the Tottenham and England left-back is wanted by Trabzonspor. The Turkish side could sign up the 30-year-old on a free transfer as his deal is up in the summer.

Emi Buendia is hopeful of a summer move away from Norwich following interest from Arsenal, the Daily Mail says. The 24-year-old was linked with a move to the Emirates during the current transfer window, but the Canaries will be asking for at least £40million.

West Ham are planning a fresh move for Sevilla’s striker Youssef En-Nesyri, writes the Daily Star. The Moroccan only moved to the La Liga side in January 2020.

Willian Jose, currently at Real Sociedad, is close to agreeing a loan deal to Wolves with the Premier League side having an option to buy, says the Daily Telegraph.

Martin Odegaard: The Real Madrid attacking midfielder is said to be close to securing a loan move to Sevilla, writes Cuatro.

Eric Garcia: Paris St-Germain are said to be planning a move for the Manchester City centre-back, according to Mundo Deportivo.

Fikayo Tomori: The defender could be leaving Chelsea, with AC Milan reportedly close to a loan deal for the 23-year-old, Gazzetta dello Sport says.