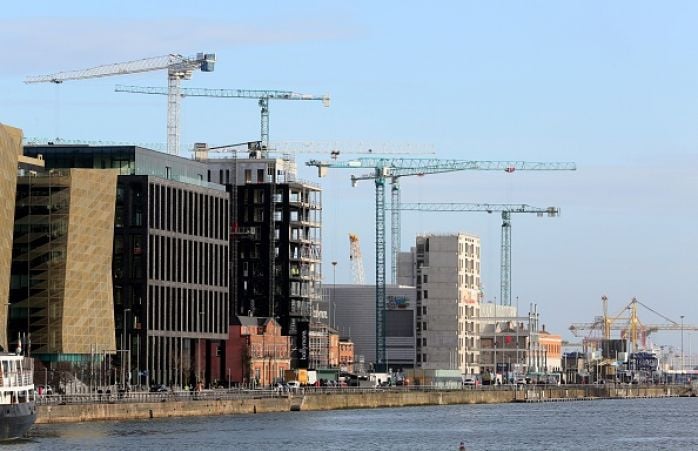 Gross domestic product in Ireland probably grew 2.5 per cent last year despite a series of national Covid-19 lockdowns as a strong multinational sector lifted the economy, the Central Bank forecast on Friday.

The bank’s last forecast, in October, was for an annual contraction of 0.4 per cent. Since then data showed GDP posted annual growth of 8 per cent in the third quarter. Data for the fourth quarter has not yet been released.

“Despite the downturn in global trade, Irish exports are projected to have grown by over 4 per cent last year, with this resilience reflecting the strong growth of exports of pharmaceuticals, computer services and business services,” the Central Bank said in a quarterly economic report.

One in eight of the State’s workforce is employed by foreign multinationals, including many of the world’s largest tech and pharmaceutical companies.

The Central Bank said GDP is set to grow 3.8 per cent this year, a slight increase on October’s forecast of 3.4 per cent, in part due to the British-EU trade deal signed in December and additional spending announced in October’s budget.

If the Government is forced to prolong its Covid-19 containment measures into the second half of the year, GDP will grow by a weaker 1.5 per cent, the bank said.

Stripping out the impact of the multinational sector, underlying domestic demand likely suffered a sharp contraction of 7.1 per cent in 2020.

The unemployment rate will hit an average of 9.3 per cent this year before falling to 7.8 per cent in 2022.

The Central Bank also warned that Covid could lead to house-price inflation by boosting personal savings and lowering housebuilding.

Around 23,000 fewer homes are likely to be built in 2020-2022, around a quarter of forecast supply, due to Covid-19 restrictions, the Central Bank’s director of economics Mark Cassidy told journalists.