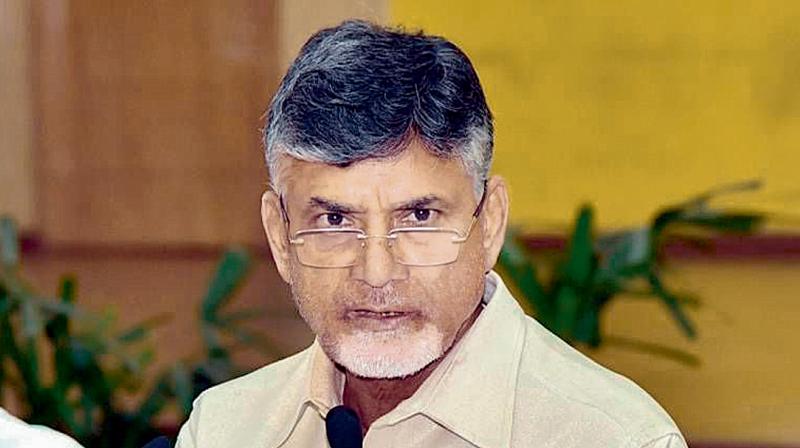 VIJAYAWADA: Telugu Desam chief N. Chandrababu Naidu demanded the DGP Gautam Sawang to resign from the post if he cannot respect his uniform and alleged that forcible conversions had become part of YSR Congress vote bank politics. Naidu on Thursday termed it as a 'dangerous thinking' on the part of the YSR Congress government to make false arrests in the Ramatheertham temple case with the ulterior motive of terrifying and suppressing the voice of the opposition cadre and the general public. He condemned the late-night arrest of senior TD leader K Kala Venkatrao regardless of the fact that he was a non-controversial 69-year-old leader with 40-year credible standing.

Addressing a press conference here, Naidu demanded Sawang to explain what crime Venkatrao had committed. He said it was high time that Sawang follows the Indian Penal Code to safeguard rights of the people but not follow the 'Jagan Reddy Penal Code'. He stated that if the DGP cannot overcome pressure from ruling party leaders to implement the rule of law, then he should resign and pack his bags.

Naidu stated that the government was daydreaming that the TD leaders could be suppressed through fabricated cases and arrests. He deplored that there was no proper response from the Chief Minister and the DGP though the head of Lord Rama idol was cut off and there were attacks on over 150 temples. He said that Sawang should at least respect his khakhi uniform.

The former chief minister welcomed the latest order of the High Court giving a green signal for conduct of panchayat elections. Referring to the Dharma Parirakshana Yatra in Tirupati, he asked the DGP to clarify how the police permission can be given and be cancelled within a span of 24 hours.

He wanted the DGP to explain why a royal treatment was being given to pastor Praveen Chakravarthy and alleged that the Chief Minister, Sawang and YSRC leaders were responsible for the religious disharmony in the State.