Veteran TV host Larry King has died aged 87, it has been confirmed this afternoon. King was best known for hosting the Larry King Show, which ran from 1978 until 1994 and won a coveted Peabody Award in 1982. He then fronted the nightly interview television program Larry King Live on CNN from 1985 to 2010, and from 2012 until 2020 hosted Larry King Now on Hulu and RT America.

His Ora Media company confirmed the tragic news in a statement, which said: “With profound sadness, Ora Media announces the sad death of our co-founder, host and friend Larry King.

“For 63 years and across the platforms of radio, television and digital media, Larry’s may thousands of interviews, awards and global acclaim stand as a testament to his unique and lasting talent as a broadcaster.

“Additionally, while it was his name appearing in the shows’ titles, Larry always viewed his i nterview subjects as the true stars of his programs, and himself as merely an unbiased conduit between the guest and audience.

“Whether he was interviewing a U.S. president, foreign leader, celebrity, scandal-ridden personage or an everymam.” 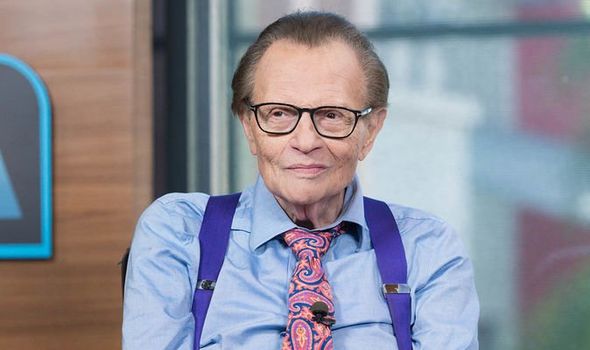 Tributes have poured in for the TV legend, who leaves behind three children, nine grandchildren, and four great-grandchildren.

His friend Keith Olbermann said: “My friend Larry King has died. It is literally true that thousands of us can make that sad statement this morning.

“While he was easily caricatured, I’ve never known anybody who made a bigger deal out of the slightest kindness afforded him.

“Larry called in at ESPN Radio and said he wanted to “thank that kid who does the impression of me.”

“During the ‘00 NL playoffs I’m anchoring the pre- and post- at my office at Fox in LA and the phone rings. “OLBERMANN! HELLLO!” He’s doing an impression of me impersonating him.” 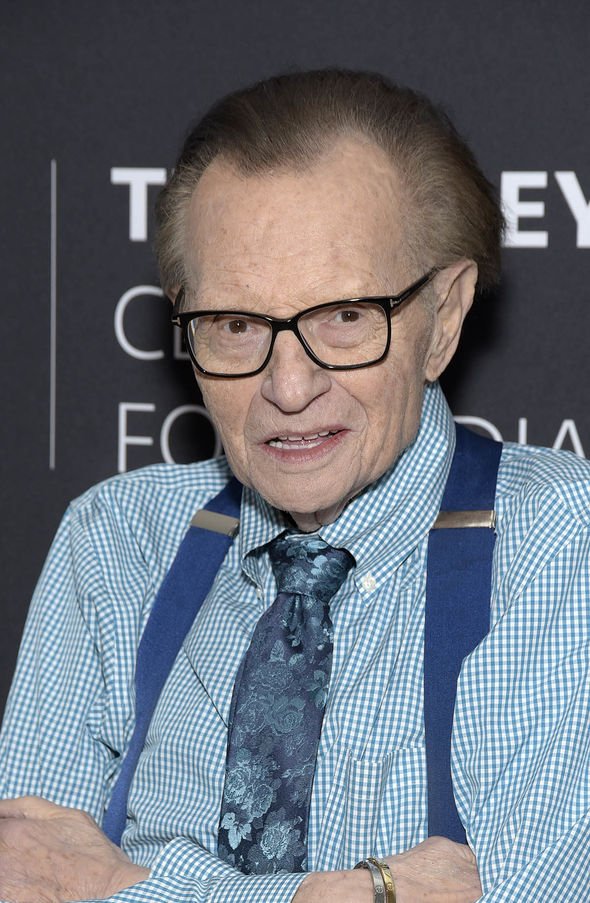 Political satirist Jeremy Newberger wrote: “RIP Larry King. Larry was one of the greats. A broadcast legend. I was excited to meet him (seen below) and even more excited he liked one of my films. Wherever he is, I’m sure he is marrying the wrong angel as we speak.”

Journalist Ray Steele said: “It’s easy to forget how influential Larry King has been to radio and television, particularly cable tv as we know it. His show especially shaped the 92 election like no other. RIP.”

TV journalist Scott Bryan said: “Larry King was a legend. I once did an article teasing his amazing tweets and he came back with this.

“He was a brilliant interviewer, so curious about life and so interested in people. He always put the limelight on others. I will miss him.” 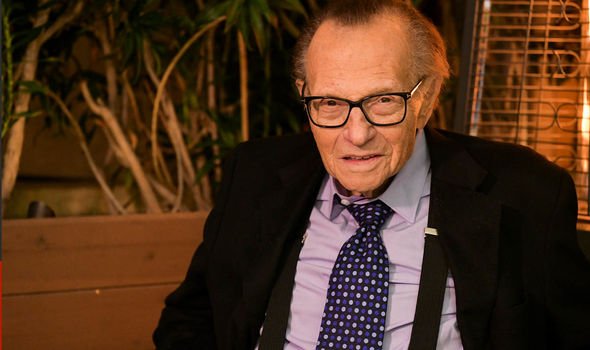 The TV host died at Cedars-Sinai Medical Center in Los Angeles, a statement on his Twitter account said.

Over the years, King has battled dozens of health problems including with lung and prostate cancer.

He also survived a heart attack in 1987, which sparked him to write two books about living with heart disease: Mr. King, You’re Having a Heart Attack: How a Heart Attack and Bypass Surgery Changed My Life (1989) and Taking On Heart Disease: Famous Personalities Recall How They Triumphed over the Nation’s #1 Killer and How You Can, Too.

He also suffered a near-fatal stroke in 2019 which left him in a coma for weeks and after which he later admitted he had thought about suicide, telling Los Angeles television station KTLA: “I thought I was just going to bite the bullet. I didn’t want to live this way.”

His death comes just a few months after two of his children died in 2020 within weeks of each other.

Andy and Chaia died in August 2020, Andy at 65 from a heart attack and Chaia at 51 from lung cancer.