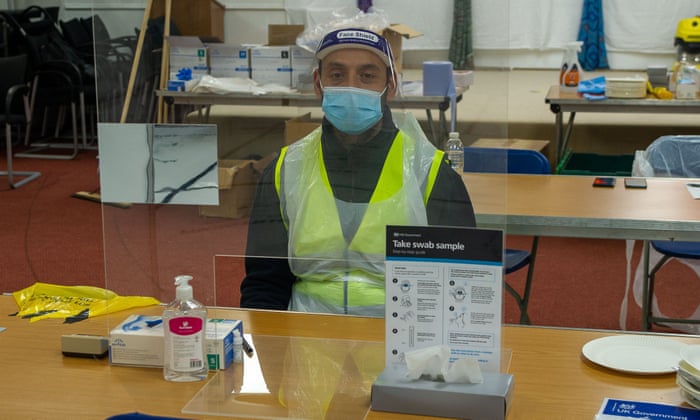 A quick glance at the government’s coronavirus dashboard might be fuel for optimism. But new data suggests the picture may not be so rosy.

According to the dashboard, the number of people testing positive for Covid is falling: 37,892 positive tests were reported on Thursday, compared with 62,322 on 6 January. Cases by specimen date show similar trends.

The data reflects people who have taken a test, generally after having developed symptoms. However there are also large variations in test numbers, which could affect trends.

To take the latter into account, it is possible to look at the percentage of people who have taken a test that get a positive result. According to the weekly report into pillar 2 (community) testing data from Public Health England, there was a sharp decline in this positivity rate over the first two weeks of January.

However, an analysis of the data by the Independent Sage group of experts suggests the decline in positivity rate slowed down or even plateaued in many regions of England towards the end of that period.

To get a clearer idea of what is happening with Covid infections, a number of research teams carry out population surveys whereby randomly selected people in the community are swabbed for coronavirus – this picks up both those with symptoms and those without, and is not affected by biases in testing.

This data suggests the overall picture is a little less cheering than first thought.

According to the latest data release from the population survey run by the Office for National Statistics, covering the period 3 to 16 January, there has been a decline in the percentage of people testing positive in England – but this is not as dramatic at the PHE figures might suggest.

Indeed some regions, including the south-west, have actually shown a rise in infections since the start of the year while others such as the north-west, north-east and West Midlands have levelled off.

Even in London, the east Midlands and Yorkshire and the Humber, where positivity rates have dropped, modelling by the ONS team appears to tentatively suggest the decline may have recently slowed, although more time needs to pass to be sure. “Caution should be taken in overinterpreting any small movements in the latest trend,” the ONS team warns.

The latest findings from another population survey, known as React-1, which cover the period from 6 to 15 January, have also prompted concern. These results suggest that, while new infections might previously have fallen they may now be flattening off at a national level, or even showing signs of a slight rise.

While the signs all point to the peak of infections having passed, for England at least, the outlook warrants optimism tinged with caution.

A plateau at present would be of deep concern, with hospitals under severe pressure and deaths at record highs – although it is hoped that the vaccination programme will eventually help these to fall. It would also raise the question of what new restrictions might be needed, and for how long.

However it may yet be that cases, and positivity rate, will proceed to decline. For now, it is seems, only time will tell.

As people flee fires in Greece, those trapped plead for help