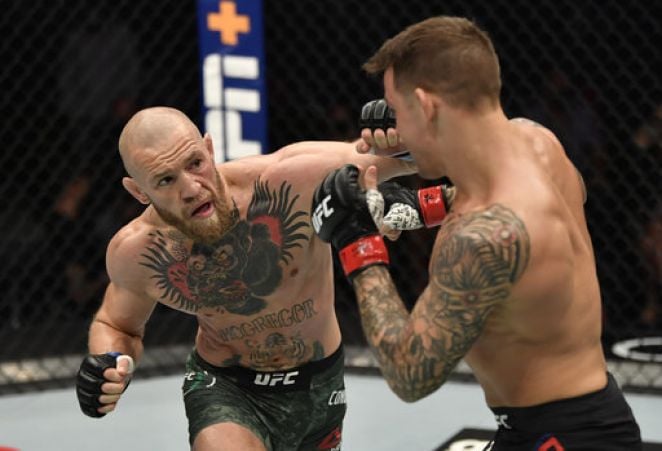 Conor McGregor’s return to the octagon did not go to plan as he suffered a second round defeat to Dustin Poirier at UFC 257.

McGregor insisted he would be back afterwards, saying “don’t write me off yet”.

Here, we take a look at what could come next for the Notorious.

Thanks for the support everyone! Was not my night/morning in there but a great contest to improve on. I’m excited at the blockbuster trilogy I now have on my hands. Dustin is a hell of a competitor and I look forward to going again. God bless us all, happy Sunday ❤️

The shock defeat to Poirier effectively ends McGregor’s chances of a rematch with Khabib Nurmagomedov.

The Russian had hinted he may come out of retirement if he saw something special at UFC 257.

However, UFC president Dana White revealed Nurmagomedov was far from impressed with what he saw.

White revealed he had spoken to Nurmagomedov following the fight and said: “He said to me ‘be honest with yourself, I’m so many levels above these guys, I’ve beaten these guys’. It doesn’t sound very positive. We’ll see.”

A trilogy fight against either Poirier or Diaz may well be on the cards for McGregor.

He has one loss and one defeat against both of the American fighters.

McGregor spoke about trilogy bouts after his loss and Poirier has indicated he would like to fight McGregor again, while he fancies a bout with Diaz as well.

“A rematch with Conor interests me, you probably have to do it again,” said Poirier. “I’ve always wanted to whip Nate Diaz’s ass. Me and Conor are one and one. We’ll see.”

A rematch with Poirier may come first as it could well serve as a lightweight title bout as well.

If Nurmagomedov does not come out of retirement, which now looks likely, Poirier would likely be given the belt with McGregor as a possible challenger.

A return to the boxing ring

McGregor has consistenly said he has unfinished business in boxing after his blockbuster crossover bout against Floyd Mayweather in August 2017.

He has played up the possibility of another multi-million encounter with Mayweather’s former foe Manny Pacquiao, who has said he would be willing to come out of retirement for the fight.

Asked if he will fight the Filipino this year, he told BT Sport: “I need to keep my options open. The talks have been intensifying. There are behind-closed-doors talks. Let’s see how it goes.

“I would like my UFC career to get going, I am going to put a stint into this 155-pound division, a correct proper run at it, exactly like I did to the featherweights and maul every single one of them, no messing, full focus, show them what’s what.

“The Manny and the little treasure chests that are there, I’ll keep them there for sure and I am ready for them also. Let’s see what happens.”

In reality, any bout with Pacquiao looks far from coming to fruition so if McGregor does return to the boxing ring, it will probably be against a different opponent.

A bid to return to winning ways in the octagon looks more likely in the short term.

At 32, McGregor has made more than enough money to live on with a net worth of $48 million according to Forbes.

He also has other businesses including Proper 12 Whiskey and a number of clothing brands.

However, McGregor has previously indicated he will fight until at least 35 and he’s highly unlikely to bow out with a defeat.