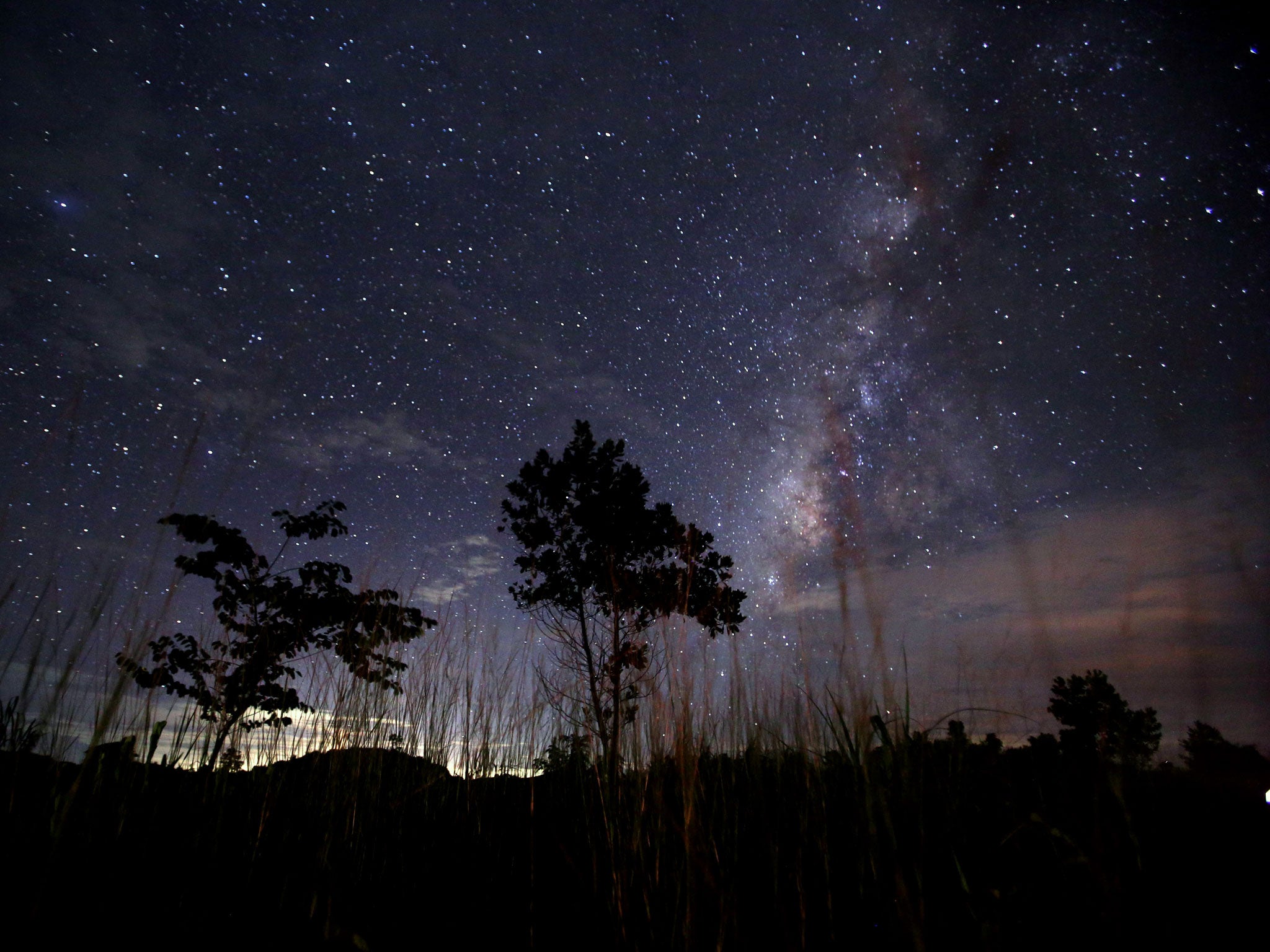 The source of a huge flare that swept through our solar system has been pinpointed by scientists.

The discovery could help the understanding of gamma-ray bursts, the most powerful explosions in the universe.

Earth is hit by mild and short gamma-ray bursts regularly, on most days. But more rarely there are vast explosions, like the newly examined GRB 200415A, which bring with them a lashing of energy more powerful than our own Sun.

The flare seems to have emerged from an unusual, powerful neutron star known as a magnetar, scientists report in new findings published in Nature Astronomy.

“Our sun is a very ordinary star. When it dies, it will get bigger and become a red giant star. After that it will collapse into a small compact star called a white dwarf,” said Soebur Razzaque from the University of Johannesburg, who led the research.

“But stars that are a lot more massive than the sun play a different end game.”

Such stars instead explode into a supernova, and then leave behind a small compact star known as a neutron star. They are tiny – they could be packed into a space 12 miles across – but are so dense that a spoonful would weigh tons.

Those stars are the originators of the most powerful explosions in the universe. Such explosions affect phone signal today, but also represent a way of peering back into the very beginnings of the cosmos, arriving with us as messengers of the universe when it was in a much younger state.

The new research began in April last year – on the morning of 15 April – when a giant flare swept past Mars. A network of satellites including the International Space Station picked it up, triggering the research that is published today.

When GRB 200415A passed Earth, it was not the first such burst to be detected on Earth. But it was unusual in a number of useful ways, including the fact that it came from much closer to us than usual.

It was also the first such giant flare to be picked up since the Fermi gamma-ray space telescope was launched in 2008. That meant that researchers were able to gather vast amounts of data in the 140 miliseconds it lasted, giving them a much better picture of it than the previous visitor that arrived 16 years ago.

And when researchers were able to locate the cause, they found that was unusual too: it came from a magnetar. There are only 30 such known objects in our entire Milky Way, made up of tens of thousands of neutron stars, and they can be a thousand times more magnetic than ordinary neutron stars.

The galaxy from which the flare came is outside our own Milky Way, but only just on the galactic scale. It is a mere 11.4 million light years away.

Because of the work in the time leading up to the blast last year, researchers had built up a detailed set of predictions about what such a GRB might look like when it arrived at Earth. Professor Razzaque had predicted 15 years ago for instance that a giant flare would include two explosions, another closely following the first, and so they were able to compare those predictions with their existing research.

Scientists hope they are able to find yet more, and research them in yet more detail. That could help explain not only the processes that allow for such powerful blasts, but also use them as ways of understanding the story of our cosmos.

“Even though gamma-ray bursts explode from a single star, we can detect them from very early in the history of the universe. Even going back to when the universe was a few hundred million years old,” said Professor Razzaque in a statement.

“That is at an extremely early stage of the evolution of the universe. The stars that died at that time… we are only detecting their gamma-ray bursts now, because light takes time to travel.

“This means that gamma-ray bursts can tell us more about how the universe expands and evolves over time.”