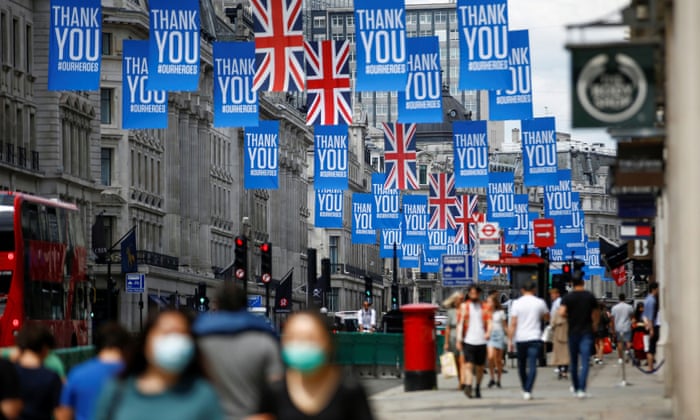 On nearly every metric, the UK death toll from coronavirus has now exceeded 100,000. Here, we look at why that figure is so high.

Health of the nation

Britain went into the Covid-19 pandemic in poor health in some key areas. In 2018, the proportion of adults who were obese had already reached 28%, having almost doubled over 25 years. Morbid obesity tripled over the same period.

The NHS has identified obesity as a cause of clinical vulnerability to Covid. After Boris Johnson was hospitalised with Covid in April, he remarked he was “way overweight” and soon after he was discharged he launched a national anti-obesity campaign.

Diabetes, another key comorbidity was also rising. At the start of 2020 3.9 million people had a diagnosis – up 100,000 on the previous year. Britain also had a substantial elderly population, although a smaller proportion of over-65s than European neighbours such as France and Germany. But with people aged 80 or older 70 times more likely to die than those under 40, the country’s elderly were at risk and the most vulnerable were not properly shielded.

More than 26,000 people in care homes have died from Covid so far in the UK with the majority in the first wave of the pandemic. The health secretary, Matt Hancock, had promised to throw “a protective ring” around them, but by late May 16,000 had died, compared with fewer than 3,000 in Germany and none in Hong Kong.

Advice to the sector in late February was that face masks weren’t needed, visits were fine and “it remains very unlikely that people receiving care in a care home … will become infected.” Thousands of hospital patients were discharged into care homes amid fears the NHS would be overwhelmed. Thirty-three Covid outbreaks in the first week of March turned into 793 by the end of the month. Care workers struggled for supplies of PPE and testing was scarce. Many homes continued to use agency workers who, research found, spread infection.

The government’s priorities to protect people from the twin menaces of Covid and economic ruin rarely aligned, leading to months of uncertainty as restrictions were lifted and tightened repeatedly. The government went into the first lockdown too late, according to Prof John Edmunds, who sits on the Scientific Advisory Group for Emergencies (Sage). He said in June: “It would have been very hard to pull the trigger [earlier] but I wish we had … I think that has cost a lot of lives unfortunately.”

Messaging about what was and wasn’t allowed often seemed to conflict, and the scandal over Dominic Cummings’ alleged rule-breaking trip to Durham in May, which researchers said dented public confidence in the government’s grip on the crisis and possibly adherence to the rules, was a prime example. 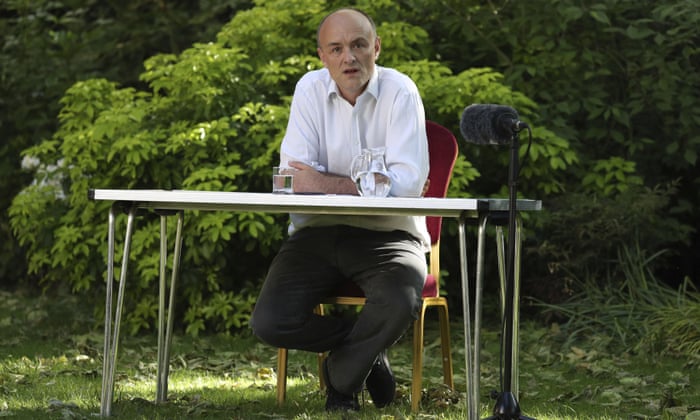 After a summer of low infection rates, the virus surged again in September and ministers again seemed slow to react. On 21 September, Sage called for a “circuit-breaker” lockdown but Johnson opted for less stringent measures, including the “rule of six” for social mixing and 10pm pub closures.

Unlike fellow island nation New Zealand, which rapidly got on top of the virus, the UK did nothing to close its borders to travellers from China or other hard-hit countries, or impose strict quarantine restrictions on arrivals from elsewhere.

The lockdown in November appeared to be working in the north of England but infection rates in Kent kept rising. It would transpire that a new variant of the virus – soon to be named B117 – was at work. When the national lockdown lifted on 2 December, it took off. Coronavirus mutations occur more readily when there are high levels of transmission so the failure to suppress the virus earlier may have been a factor.

We now know the new variant spreads between 30% and 70% faster than others and it could be 30% more deadly for some people. The chief medical adviser, Sir Patrick Vallance said that of 1,000 60-year-old men infected with the old variant, 10 of them might be expected to die. This rises to about 13 with the new variant.

Compliance with test and trace

The £12bn NHS test-and-trace system has not been as “world-beating” as everyone hoped. The government’s Sage advisers concluded in September it was “having a marginal impact on transmission” because of “relatively low levels of engagement with the system coupled with testing delays and likely poor rates of adherence with self-isolation suggests.”

The impact of a well-functioning test-and-trace system was spelled out by a study by imperial College, which found that if 80% of cases and contacts are identified and there is immediate testing following symptom onset and quarantine of contacts within 24 hours, then the R number could potentially be reduced by up to 26%.

But a study by King’s College London and Public Health England between March and August found that of those who reported the key Covid symptoms only 18% had self-isolated.

Sage warned that “unless the system grows at the same rate as the epidemic, and support is given to people to enable them to adhere to self-isolation, it is likely that the impact of test, trace and isolate will further decline in the future.”