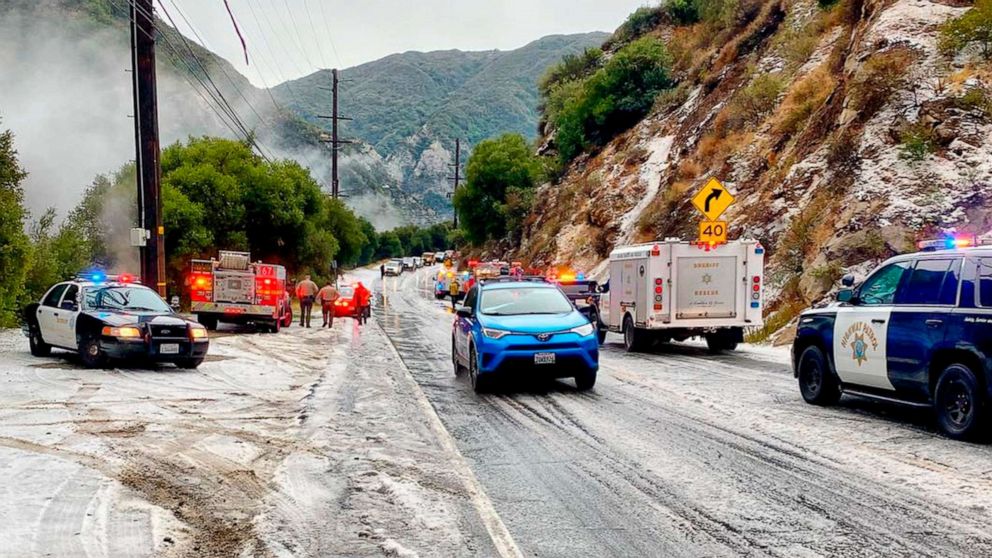 A couple of storms moved through the West and the Midwest this weekend with a funnel cloud reportedly being spotted in downtown San Diego along with 1 to 2 feet of snow from California to Colorado and even hail covering the ground in Malibu, California.

In the Midwest, accidents and spinouts caused a nightmare travel situation on the roads from Nebraska to Michigan.

There are 24 states from California to Maryland on Monday morning that are on alert for snow, ice and flash flooding.

The western storm that hit this weekend will move into central U.S. today with heavy snow from Omaha to Des Moines to Chicago.

A winter storm Warning has been issued for Chicago and there is an icy mix of freezing rain and sleet is expected south of there for Indianapolis and parts of Ohio Valley today.

The storm will move into the Northeast and the Mid-Atlantic tonight into tomorrow with an icy mix for West Virginia, Virginia, Maryland, Pennsylvania and New Jersey and snow for upstate New York and New England.

A winter weather advisory has also issued for Baltimore where that icy mix is expected.

At this moment, it does not look like there will be a lot of snow for major cities like Philadelphia and New York City with maybe a wintry mix with rain that should melt on the ground.

The heaviest snow will be from Nebraska to Iowa where locally more than a foot of snow is possible and up to 8 inches is expected in Chicago with 3 to 6 inches in Michigan.

However, another storm system will move into the West and it is expected to bring copious amounts of rain to California and crippling feet of snow to the mountains.