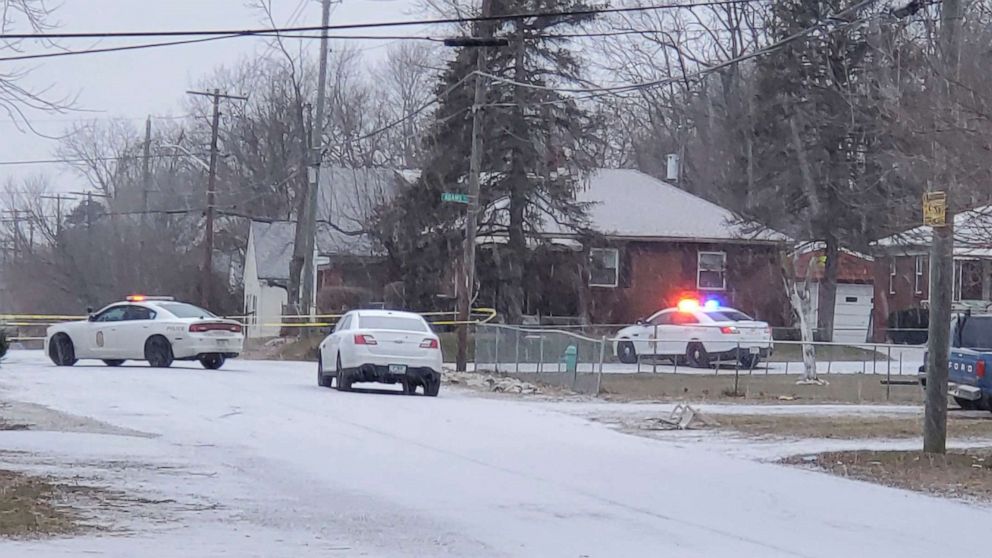 Indianapolis police announced Monday they have arrested a juvenile suspect in connection with a mass shooting that claimed the lives of five people, including a pregnant teen.

The 19-year-old woman’s unborn child was also killed in the shooting. A boy suffered a gunshot wound and was taken to a nearby hospital, police said.

“While removing the alleged perpetrator of yesterday’s mass murder from our neighborhoods does not bring back the lives senselessly lost, hopefully, it will bring us one step closer to healing as a community,” Taylor said in a statement Monday.

The Indianapolis Metropolitan Police Department said it will not disclose the full identity of the suspect or release a photo due to his age. Police do not believe other suspects were involved.

Police received a 911 call before 4 a.m. Sunday and discovered a boy shot at the 3300 block of East 36th Street, according to the police. The boy was taken to a hospital and is expected to survive, police said.

Officers then went to the 3500 block of Adams Street and found five people dead inside a house, according to the police.

The victims were later identified as Kezzie Childs, 42, Raymond Childs, 42, Kiara Hawkins, 19, Elijah Childs, 18, and Rita Childs, 13. Hawkins was pregnant and rushed to a hospital but doctors could not save her or her unborn child, police said.

“This does not appear to be a random act,” IMPD Sgt. Shane Foley said at a news conference later Sunday afternoon.

Indianapolis Mayor Joe Hogsett was emotional during the news conference and said that he has called the U.S. Attorney’s office and FBI to assist with the investigation.

The investigation is still ongoing, police said. The Marion County Prosecutors Office will review the case and determine a final charging decision, according to the police.