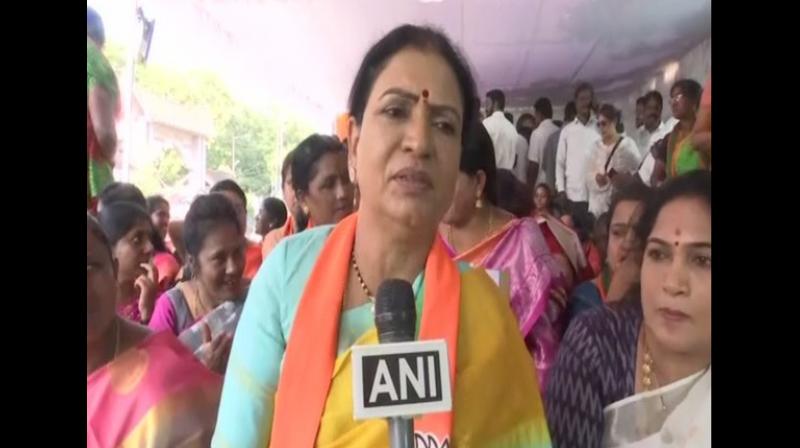 HYDERABAD: BJP national vice-president D.K. Aruna said it was unfair for the state government to set another deadline for the Palamuru-Ranga Reddy project.

Addressing a press conference here on Monday, Aruna said that the government had not spent even 10 per cent of the Rs 60,000 crore project cost. She said that changing the design of the project was causing severe injustice to farmers. She alleged that the Chief Minister was lying while mentioning that the project would be completed within a year.

She alleged that all projects undertaken in Mahabubnagar were pending, leaving the local  farmers in anguish.

Aruna alleged that the Chief Minister was only interested in commissions in construction of the underground pump house. Aruna demanded the government to lift water from the Jurala project and sought to know how 12 lakh acres can get sufficient water with a single TMC. Aruna made it clear that another project will be launched from Jurala when the BJP comes to power.