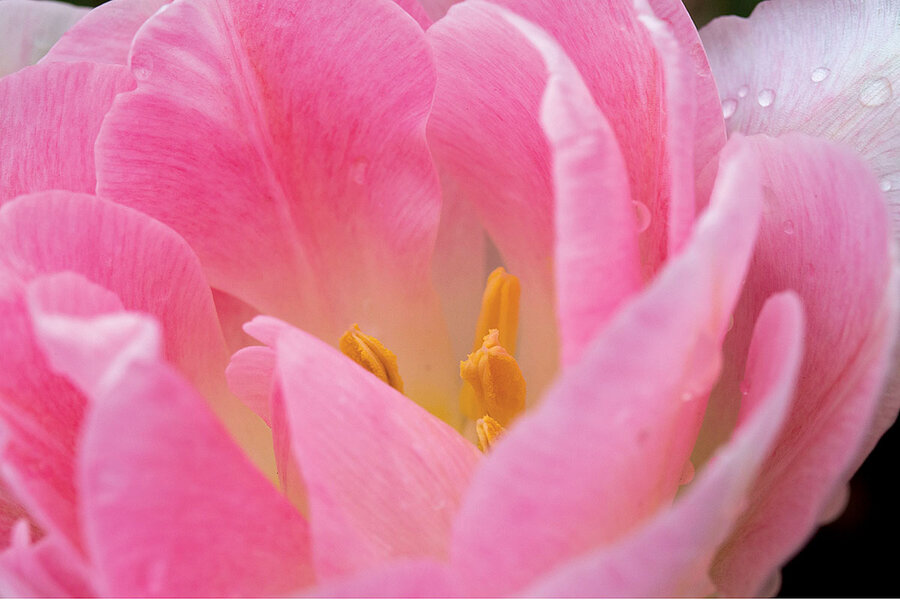 After years of living in one-room rental somethings, the prospect of moving into the back of a house with a bit of land for a garden was thrilling. I could have grown food. With my salary (minimal) and prospects (remote), vegetables seemed a prudent move.

Instead, I planted tulips.

Blame it on reading too much period English fiction. The prospect of living in beauty trumped winter squash. I would find one of those baskets that Jane Austen heroines fill with flowers as they wait for the visit or letter that will change their lives. I would arrange the tulips in tall glass vases and fill the house with color.

I collected advice on planting tulips. Start in the fall, but before the ground freezes. Dig deep, loosen the soil, plant bulbs pointy end up. Water lightly, then wait. Tulips need dark and cold, they said. Without them, the blooms are malformed and weak.

Those tulips I planted decades ago were glorious – probably. I don’t recall. What I do remember is looking out at that bleak frozen bed, through all that a New England winter could throw at it, and imagining those bulbs growing in the dark. And, as I came to see it, so was I.

The cold, dark times when best plans crumble or prospects fade are a recurring theme in life stories across many fields. In some biographies, so-called wilderness periods are mere setbacks on a path to greatness. In others, they are a crucible for patience and new possibilities.

Here’s how one 17th-century student responded to a pandemic that derailed his education: Isaac Newton escaped a life tending pigs after an uncle and the local schoolmaster found him a place at Trinity College, the apex of English higher education. But just then the Great Plague of 1665 closed the college. Newton returned home to an obscure hamlet and uncertain prospects – and a resolve to direct his own education. He built bookshelves and set himself questions to answer and problems to solve. From the stepfather who had once denied him a home, he inherited a leather notebook with nearly 1,000 blank sheets of paper – a precious resource at the time. Over the next 20 months, he filled it with notes, computations, and questions that redefined mathematics, optics, mechanics, and eventually modern science.

“The plague year was his transfiguration,” writes biographer James Gleick. “Solitary and almost incommunicado, he became the world’s paramount mathematician.” As Newton explained his own process: “I keep the subject constantly before me and wait ‘till the first dawnings open slowly, by little and little, into a full and clear light.”

Wilderness experiences are a staple of political biography. Winston Churchill was ignored when he warned about Adolf Hitler’s rise. Ulysses S. Grant was derided as a loser and a drunk, until he started grinding out victories on Civil War battlefields. Franklin D. Roosevelt’s struggle with polio has been recast by recent biographers as a source of strength.

Some wilderness sojourns last nearly a lifetime. Odette Lamolle’s hopes to study to become a translator were upended when the Nazis invaded France in 1940. After the war, she took up the family’s hairdresser supply business. She didn’t become a translator until she retired in 1980. Like Newton, she never traveled far from her remote farmhouse. She never visited Paris or made contacts in the publishing world. But she never lost her love of English literature, especially the work of Joseph Conrad.

She spoke English haltingly but translated English into French with an authority and ease that astonished the publishing world once her work surfaced.

When I met her in 1997, a French publisher had just accepted her translations of all 24 Conrad novels and novellas. She’d begun when her daughter complained about having to read “Lord Jim.” Lamolle read the translation and declared it wholly inadequate.

She started out translating one novel for her daughter and wound up translating them all – an epic undertaking for any publishing career at any age.

“I never dreamed it would be published,” she said.

That’s truly growing in the dark.