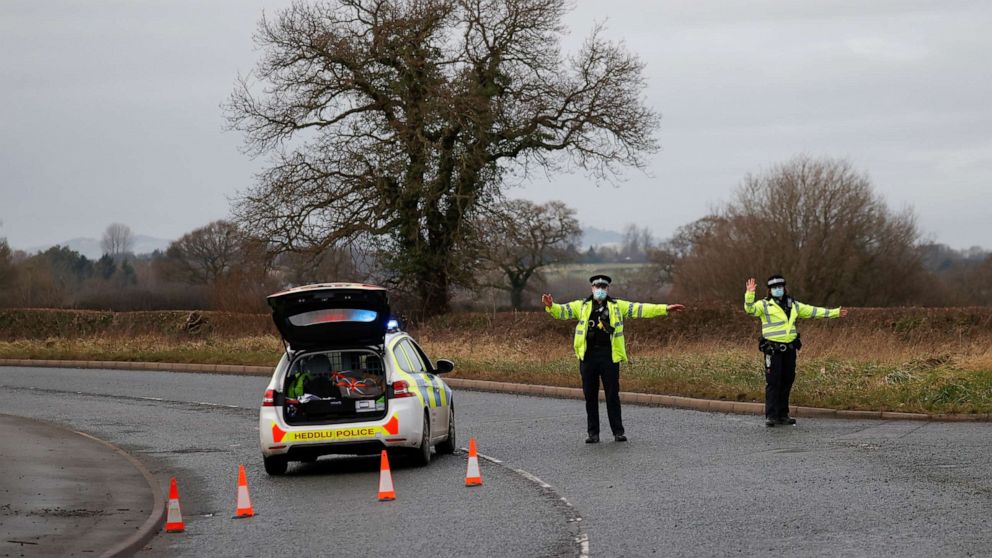 LONDON — Police in northern Wales are responding to an ongoing incident after a suspicious package was received at a key plant in the U.K.’s vaccine supply chain.

The plant in the Wrexham Industrial Estate in north Wales is owned by the Indian pharmaceutical company Wockhardt, who have a partnership with AstraZeneca to manufacture their vaccines in the U.K.

“Wockhardt UK in Wrexham this morning received a suspicious package to site,” the company said in a statement to ABC News. “All relevant authorities were immediately notified and engaged. Upon expert advice we have partially evacuated the site pending a full investigation. The safety of our employees and business continuity remain of paramount importance.”

North Wales Police told ABC News that this is an “ongoing incident.”

“We are currently dealing with an ongoing incident on the Wrexham Industrial Estate,” a spokesperson said. “The roads are currently closed and we would ask the public to avoid the area until further notice.”

The police did not confirm whether the bomb disposal unit had been dispatched to the site.

The Wockhardt factory is a key fulcrum in the U.K. supply chain. After being manufactured in Oxford and Staffordshire in England, the University of Oxford/AstraZeneca vaccine is taken to Wrexham to be put into vials before distribution.

The plant was visited by Prime Minister Boris Johnson in November when he was told the facility could produce up to 300 million doses of vaccine per year.