A row erupted last week between the British-based firm and the EU after reports suggested they were forced to cut vaccine supply to the bloc by 60 percent due to production issues. Reuters said deliveries would be reduced to 31 million from 80 million in the first quarter of this year.

But a deal was struck between the UK and AstraZeneca three months earlier than with the EU – with a view to post-Brexit freedom.

The dispute has led to MEP Peter Liese, of Chancellor Angela Merkel’s party, suggesting a block on EU exports of the BioNTech jab to the UK.

He threatened this would amount to a “trade war” and asked the UK to “think twice”.

In a speech to the World Economic Forum Davos Agenda Week on Tuesday, President of the EU Commission Ursula von der Leyen spoke about vaccine production.

She said: “The EU and others helped with money – large sums were invested – to build research capacities and production facilities early.

“And now the companies must deliver. They must honour their obligations.” 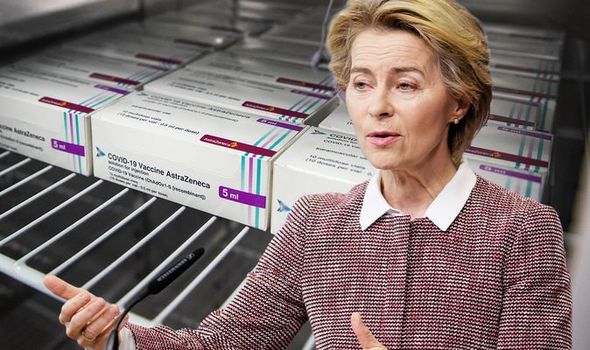 Stella Kyriakides, EU Health Commissioner, accused AstraZeneca of breaching its contract. She told the firm on Wednesday it is contractually obliged to send jabs produced in the UK to EU member states.

She claimed: “There is no hierarchy of the factories.

“You are aware in the contracts there are four factories listed but it does not differentiate between the UK and Europe.

“The UK factories are part of our advance purchase agreements and that is why they have to deliver.” 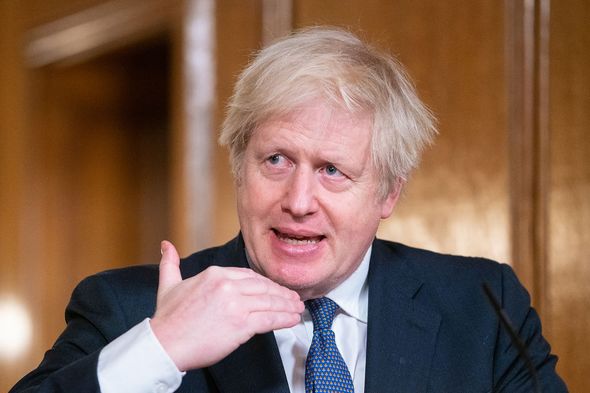 But Ms Kyriakides said the bloc would not impose an export ban on vaccines leaving the EU.

In an editorial, The Daily Telegraph notes that AstraZeneca has “remained fiercely loyal” to the UK Government, “resolutely refusing to give in to EU demands that it should redirect supplies of its UK-made vaccine to the bloc.”

“That close relationship has come under unprecedented strain as the company found itself under huge pressure from Brussels,” the newspaper adds.

Boris Johnson has said he is “very confident in our contracts” with AstraZeneca would continue to honour supplying Britain first. 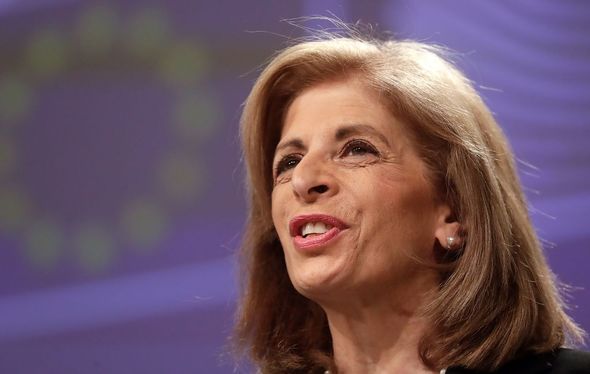 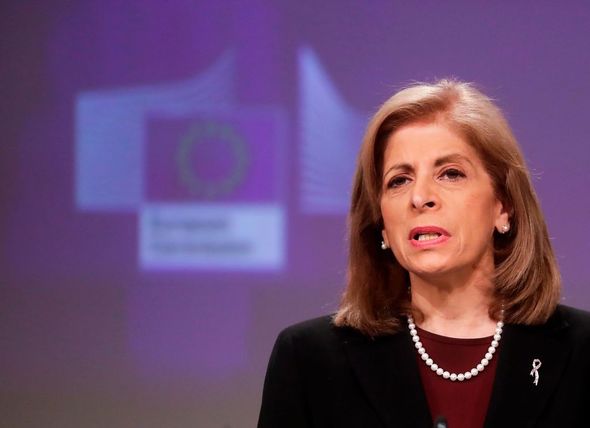 The Prime Minister told a Downing Street press conference the vaccine is being produced in “ever growing quantities in the UK”, adding: “That will accelerate, the production schedules will continue to improve.”

But Ms Kyriakides said: “We reject the logic of first come first served. That may work at the neighbourhood butchers but not in contracts.”

In an interview with Italy’s La Repubblica newspaper, Mr Soriot said “we are basically two months behind where we want to be” in supplies due to manufacturing issues in Europe. He said issues with a Belgian plant were a key reason.

AstraZeneca said in a statement it is “committed to even closer coordination to jointly chart a path for the delivery of our vaccine over the coming months as we continue our efforts to bring this vaccine to millions of Europeans at no profit during the pandemic.”