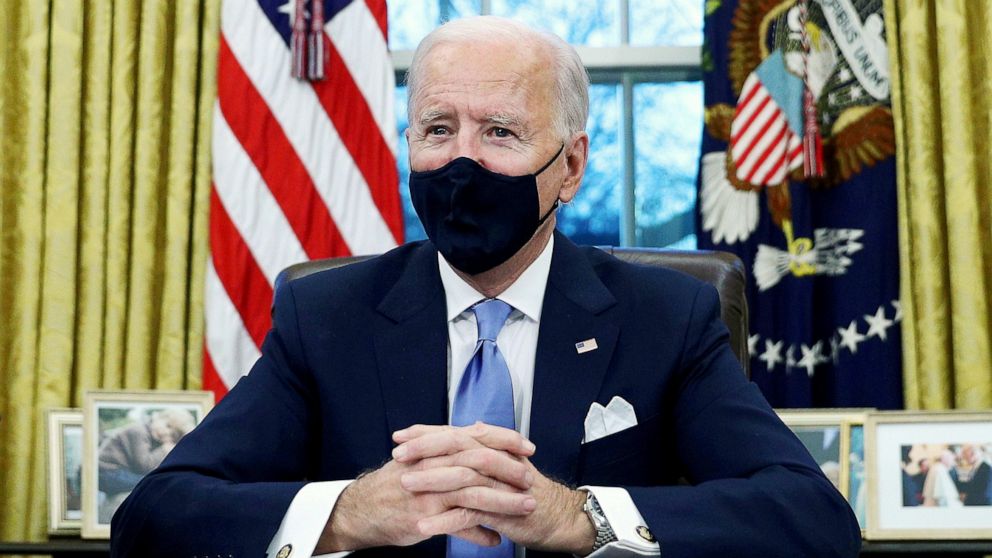 Unity was last week’s message. Making it last will be the challenge for this week — and beyond.

President Joe Biden now gets to work on a sweeping and expensive legislative agenda where the crises are vast and the solutions are complex. An administration official said the president’s conversations with a bipartisan group of lawmakers over the weekend was “constructive,” but already he is coming up against the limits of the inaugural themes that earned him bipartisan praise.

Republicans like Sen. Mitt Romney who have warmed to Biden’s themes are balking at his price tags. And members of Congress who might be less sincere in their desire to work with the new White House are finding reasons to complain about the fast executive actions issued by the president.

The latest ABC News/Ipsos poll found hints of a Biden honeymoon, with broad and even somewhat bipartisan support for his handling of COVID-19 and for his aspirations to turn down the temperature on political rhetoric.

But when it comes to policy areas, such support starts breaking down. That includes overwhelming Republican opposition to Biden’s early moves on immigration and the border wall — signature issues of former President Donald Trump that continue to bring out sharp partisan passions.

The two-week delay on impeachment proceedings was welcomed by Biden and Democrats as a chance to create some room for early governing priorities. But any such window is going to have to be pried open.

Sen. Rand Paul, R-Ky., may have given Democrats a major gift Sunday, specifically an excuse to go ahead with a COVID relief package (or any other bill for that matter) without Republican support if they can’t get it.

After a violent insurrection at the Capitol and eventual inauguration of a new commander in chief, Paul still hemmed and hawed, trafficked in innuendo, and refused to admit outright that the last election was not in fact stolen. Forget the dozens of local election officials of both parties who say, and reported out, they did in fact look into claims of election fraud.

All it begged the obvious question for Democrats: why try to play nice when at least some on the other side are continuing to cast doubt, without any evidence, on the integrity of the nation’s democracy? How can Democrats debate policy and opinions, when some Republicans are still unwilling to deal with facts?

It’s worth, once again, taking a step back and looking with detail at some of Paul’s vague claims about states “illegally” changing their voting systems. In 2019, Pennsylvania’s governor, for example, (Paul mentioned the state), passed a bill giving voters more time to register to vote and request an absentee ballot. Some Republicans in the state took issue with that law and also didn’t like that state officials gave guidance to counties for how to count absentee ballots and how to allow voters to “cure” or fix ballots that might have technical errors, like a missing date, address or outer signature.

Like so many other Republicans who continue to question the dozens of court decisions about the legality of voting laws and practices in the past year, Paul used to advocate for more states’ rights, not less.

In the end, remember the Constitution allows states, like Pennsylvania, to conduct their elections as they see fit – even if it means making it easier for people to vote.

Republicans say they want and need a seat at the table in the name of unity, but continuing to undermine Biden’s legitimacy could drive some Democrats to pull the chairs and go at it alone.

For an indication of just how deep Trumpism courses through the GOP — look no further than Arizona. As national Republicans weigh how closely the party should align itself with a sidelined Trump, in a state where Republicans lost both Senate seats and the presidential race since 2018, party leaders are as fervently behind the former president than ever.

Trump made his first foray back into politics since leaving Washington last week by recording a call offering his “complete and total endorsement” of the current Arizona GOP chair, Kelli Ward, a Trump loyalist who peddled false information about the election as Trump sought to overturn the results. But even with Trump’s wholehearted backing, Ward only narrowly won a second term as the leader of the state party over the weekend — a reminder of the steep losses Republicans in the state suffered in recent cycles, including partly under her watch.

Still, Arizona Republicans’ commitment to Trump remained front and center at the gathering. Party members also passed a resolution to censure three high-profile Republicans from the state — Gov. Doug Ducey, who drew Trump’s ire for his role in certifying Biden’s victory in Arizona; former Sen. Jeff Flake, a frequent Trump critic, and Cindy McCain, the widow of the late Sen. John McCain. The move may be no more than symbolic, but it demonstrates the reach of the former president’s grip on the grassroots base.

As Trump plots his own possible return for 2024, Republicans — eager to take back the majority next year — will be eyeing a state like Arizona to get them there. But in their efforts to win back formerly red territory, while also contending with internal divisions, how involved will Trump be?

President Joe Biden is held in high regard by most Americans, according to a new ABC News/Ipsos poll released Sunday, as he takes the reins of a divided country in the midst of a once-in-a-century pandemic and economic crisis. In his first week in the Oval Office, Biden yielded high approval ratings for his response to the coronavirus (69%) and confidence in his ability to unify the country (57%). The new poll was conducted by Ipsos in partnership with ABC News using Ipsos’ Knowledge Panel.