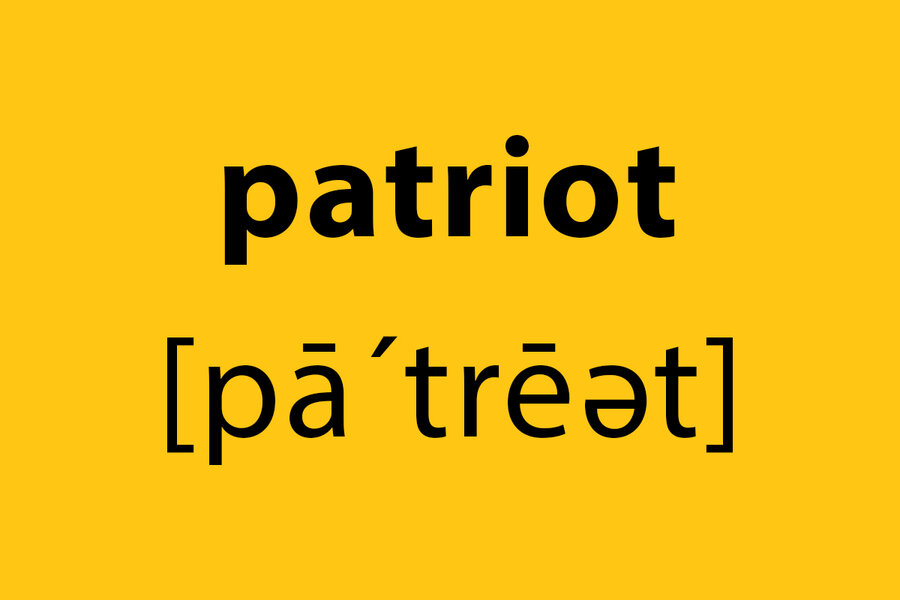 What does it mean to be a patriot? This question was debated across the United States in the aftermath of the rioting at the U.S. Capitol on Jan. 6. Were the insurgents “American patriots,” as then-President Donald Trump called them? Or did they perpetrate “an attack on our country and its founding principles,” as the Republican National Committee put it?

It’s easy to define patriot – “one who loves and supports his or her country,” according to Merriam-Webster – but it’s much harder to agree on what this love should entail. The most famous patriots, of course, were the American colonists who formed militias and an army to fight both for their independence from Britain and for the Enlightenment ideals they enshrined in the Declaration of Independence: “that all men are created equal, that they are endowed by their Creator with certain unalienable Rights.”

The far-right has sought to lay claim to the term patriot. The so-called patriot movement is a loose collection of groups that follow conspiracy theories and “see the federal government as their primary enemy,” according to Heidi Beirich and Evelyn Schlatter. Hundreds of “patriot militias” train to defend what they see as constitutional principles under threat. When Mr. Trump encouraged “patriots” to “fight” before the riot, it was seen as an incitement to these groups.

The left has apparently ceded the patriotic turf. According to a 2019 poll, only 22% of Democrats were “extremely proud to be American,” versus 76% of Republicans. For some, identifying as a patriot can feel like an endorsement of the ugly underpinnings of America’s founding ideals: the institutionalization of slavery in the Constitution, the second-class citizenship of women, the broken treaties with Indigenous people.

Professor Imani Perry argues, for example, that Black Americans cannot “settle … into the glory of the American mythos” until “the structure itself, the one that enabled genocide, slavery, militarism and economic exploitation … [has been] remade.”

Patriotism has never been just about glorifying a national mythos. It can be equally patriotic to point out the country’s faults and work to fix them. As James Baldwin wrote: “I love America more than any other country in this world, and, exactly for this reason, I insist on the right to criticize her perpetually.”