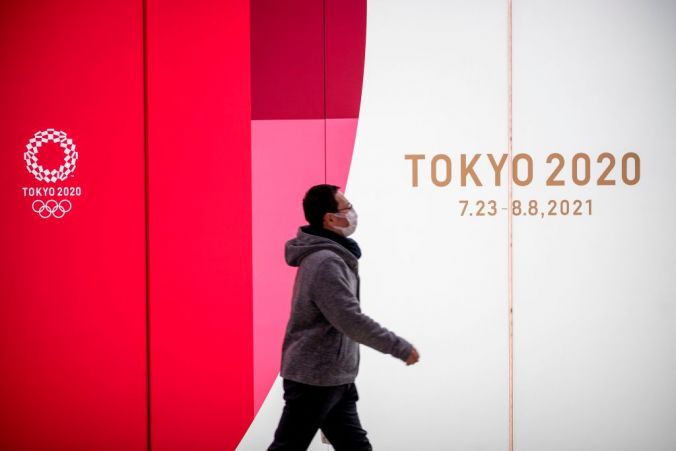 Organisers have vowed to press ahead with the Tokyo Games. Photo: Philip Fong/AFP via Getty

Several countries, including Israel and Denmark, said on Wednesday they would vaccinate their athletes and staff against Covid-19 ahead of the Tokyo Olympics, amid global debate over whether athletes should be given priority access in the rollout.

Global coronavirus cases surpassed 100 million on Wednesday, according to a Reuters tally, as countries around the world struggle with new virus variants and vaccine shortfalls.

Israel, which leads the world on per capita vaccinations, said it had already inoculated half its Olympic athletes delegation.

“By the end of May 2021, all… will be completely vaccinated against the coronavirus,” a spokeswoman from the Israel Olympic Committee told Reuters in an email.

“In Denmark, the government will start vaccinating normal healthy people in April, so that’s the earliest time slot,” Simonsen said. “The Danish people should all have a vaccine by approximately July 1.”

Hungary’s National Olympic Committee also said its athletes would be vaccinated “in a few weeks”.

The Belgian Olympic Committee (BOIC) has asked its government for “400 to 500” vaccines for Olympic athletes and their entourage to travel to the Tokyo Games but insists it is not asking for preferential treatment.

“The intention is not to pre-empt healthcare workers and vulnerable groups, but we want to protect our athletes,” Johan Bellemans, chief physician of the BOIC told Belgium’s Sporza TV.

“But we are not asking for preferential treatment… Obviously, we don’t want our athletes to be at a competitive disadvantage.”

Greece’s Olympic Committee said its president and International Olympic Committee (IOC) member Spyros Capralos has asked the government to prioritise its athletes after medical staff and elderly people over 80 years old were vaccinated.

“[We] will continue to put pressure on the Greek government in order to have all the athletes vaccinated,” a spokesman said.

Much of Japan is under a state of emergency due to a third wave of Covid-19 infections, but organisers have vowed to press ahead with the Games, which are due to open on July 23rd after being postponed for a year because of the pandemic.

Some countries are hesitant to prioritise athletes over those more in need of the vaccine.

Germany’s NOC said their delegation would “wait in line” and not interfere with the country’s national vaccination plan which prioritises medical and social urgency.

A British Olympic Association representative told Reuters they have not spoken to their athletes about vaccinations and their priority remains “vulnerable, elderly and front line workers”.

The United States Olympic & Paralympic Committee (USOPC) has yet to issue an official policy but its medical chief Jon Finnoff said US athletes will not be jumping any queues to get a shot.

However, the USOPC might consider purchasing vaccines when they become available to the general public.

IOC President Thomas Bach has said that although participants will be encouraged to get vaccinated, it will not be mandatory.

World Athletics President Sebastian Coe has said that he was against the concept of compulsory vaccinations and did not like the idea of athletes taking priority ahead of vulnerable people or frontline workers.