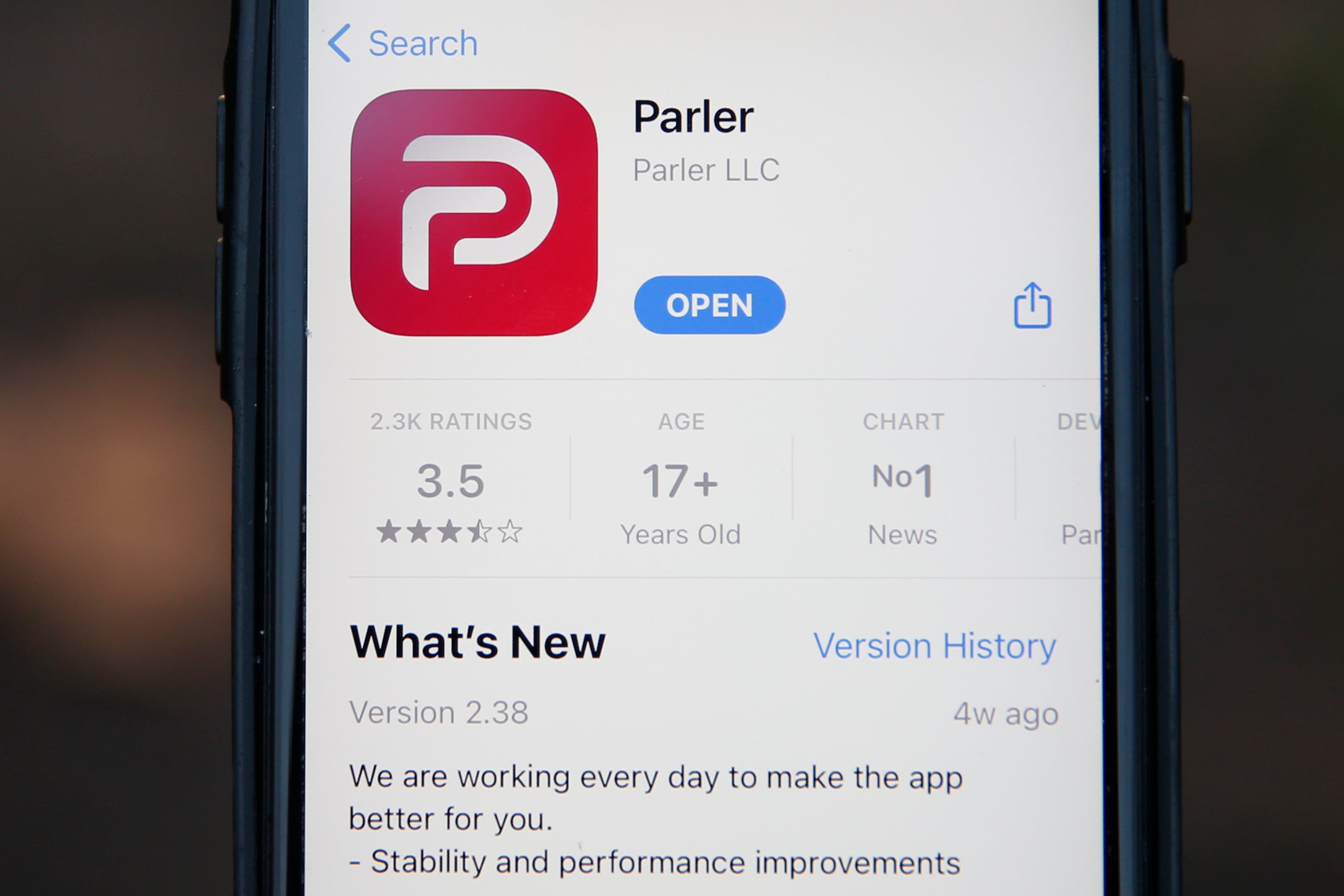 Parler, the social media website popular with Donald Trump supporters which was banned on Apple, Google, and Amazon’s platforms, has returned online.

While the social media site has not regained full operability, there are now two messages at its URL.

“Now seems like the right time to remind you all — both lovers and haters — why we started this platform. We believe privacy is paramount and free speech essential, especially on social media. Our aim has always been to provide a nonpartisan public square where individuals can enjoy and exercise their rights to both”, a statement on Parler’s website reads.

“We will resolve any challenge before us and plan to welcome all of you back soon. We will not let civil discourse perish!”

The second is a more succinct post from CEO John Matze made on 16 January: “Hello world, is this thing on?”

When Parler was banned from using Amazon Web Services to host its site, it went offline, since the company no longer had access to servers that could store the actual content that had been posted on the platform. Since then, Parler has been looking for new ways to get online while being banned from many major providers of web hosting and other internet services.

The Parler domain appears to have been registered with Epik, a company that allows websites to register their domain names as well as a host of other services designed to power websites. Epik has also supported not only Parler but also other social media websites such as Gab and 8Chan.

However, Epik told CNN that it does not provide Parler’s web hosting. It is currently unclear which company is providing server support for Parler.

“With respects to a future relationship between Epik and Parler, it is important to note that our conversations to date have been focused on improvements in policy, rather than specific capabilities for hosting and service provision”, Epik said in a statement on 14 January.

“As the capacity exists for Parler to purchase servers direct almost anywhere in the world, the most critical elements of any return online should be first focused on the significant responsibility they carry for self‐ policing, better governance, and more capable enforcement of policy”.

According to one employee familiar with the company’s attempts to find new hosting services after being banned from Amazon, the social media site has been discussing a yet-to-be-announced deal with Cloudrovia, another provider of tools to websites.

This news follows rumours of talks between the two companies, with Cloudrovia positioning itself as a ‘free speech’ advocate.

A deal “over six figures” that has been discussed for “almost a week” is expected to be announced, with Cloudrovia “massively expanding server capabilities”, the employee said.

A screenshot of an email shared with The Independent, with the subject line “Cloudrovia.com will host” and sent to a Parler.com email address, seemingly describes the server capabilities necessary to host the site.

However, the move has been seen as controversial within the company. “It’s all gone very dark [and] quiet”, they said, adding that employees have said they will leave the company should Cloudrovia announce the deal, feeling “hesistant and confused”.

Other companies sent messages to Cloudrovia saying they would withdraw their custom should the company host Parler, including furniture brand Savs and video calling platform Pijin.

“Yes. We are pulling our use of all Cloudrovia services. They are already supporting Parler”, a Pijin spokesperson told The Independent via email.

“Parler have been directly involved in the promotion of propaganda. They have instigated violence, destruction of government property & murder. They are incubating the plotting of terrorist attacks. It’s not something will support. We won’t be using Cloudrovia & their services any longer.”

A Savs spokesperson said that the company does “not condone any of the hate speech that circulates on Parler.”

“A partner company of ours that also works with Cloudrovia informed us of their partnership with Parler”, they continued. “We have read Cloudrovia’s statements on free speech & we will not work with a company opens their doors to Parler.”

According to the employee, Cloudrovia’s CEO issued an internal statement stating that it had “offered our services to Parler indefinitely” and that the company had been in communication with the team since the ban took effect.

The CEO also apparently said employees should remember the “great lengths” made for “the preservation of free speech.”

In a public blog post shared on 15 January, Cloudrovia’s founder said that it does not support “violence, anti-government riots or extremism in any form” but that “our mainstream society has seen the horrifying effects of free speech oppression from the far-right but seem to be very accepting of the same oppression from the far-left.”

“You may not support the current leader of the USA. However if you respect democracy, you will have considered that 75 million americans [sic] voted him into power. The recent bans on social media signal a dangerous threat to our democracy”, the statement continues.

“We have witnessed the silencing of an elected politician by non-elected entrepreneurs. Taking away anyones [sic] voice, be it your neighbour or local shop keeper, should worry us all. The fact this voice belongs to the elected leader of the free world, exhibits the frightening power of tech.”

The statement goes on to criticise Apple and Google for platforming Parler – claiming the app was launched with “‘uncensored free speech’ as a key feature” – before removing it after the events at the Capitol Building.

Both Google and Apple suspended the social media app from their stores following incitement of violence in the wake of the insurrection attempts on the US Capitol.

Google said it suspended Parler “in light of this ongoing and urgent public safety threat.”

In an email to Parler executives, Apple wrote: “We have received numerous complaints regarding objectionable content in your Parler service, accusations that the Parler app was used to plan, coordinate, and facilitate the illegal activities” in Washington DC.

Amazon further removed Parler by taking it off Amazon Web Services. Amazon told Parler that it had seen “a steady increase in this violent content on your website, all of which violates our terms”.

In response, Parler has taken legal action against Amazon, accusing the company of “political animus” and double standards compared to the treatment given to Twitter.

“There is no merit to these claims. AWS provides technology and services to customers across the political spectrum, and we respect Parler’s right to determine for itself what content it will allow”, an Amazon spokesperson said in a statement.

“However, it is clear that there is significant content on Parler that encourages and incites violence against others, and that Parler is unable or unwilling to promptly identify and remove this content, which is a violation of our terms of service. We made our concerns known to Parler over a number of weeks and during that time we saw a significant increase in this type of dangerous content, not a decrease, which led to our suspension of their services Sunday evening.”

Many Parler users uploaded videos of themselves storming the Capitol, inadvertently giving away GPS data that would identify them to their crimes.

Moreover, Parler encourages users to hand over more identifying information than Facebook or Twitter, including their drivers’ license, in order to receive a “verified real person” badge, similar to Twitter’s blue tick.

“[Law enforcement] can just subpoena AWS once people start digging through this stuff. remember: those people were dumb enough to give Parler photos of their IDs” one hacker who was examining the data said.

Neither Parler nor Cloudrovia responded to repeated requests for comment when contacted by The Independent.