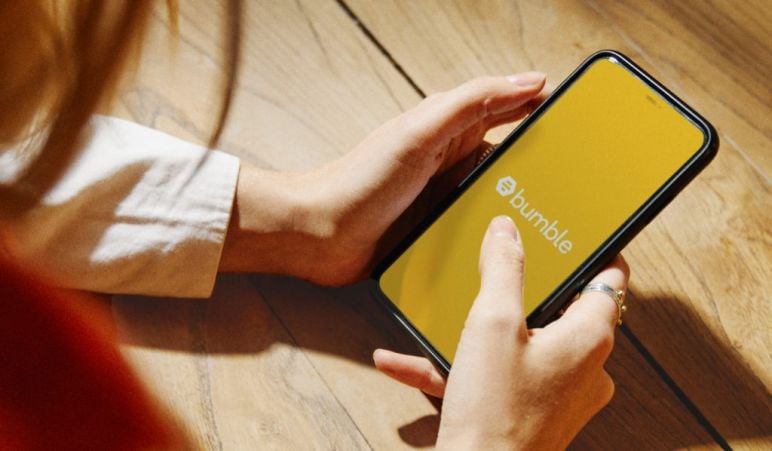 The Bumble app will scan for offending material within profiles

Dating app Bumble is banning body-shaming from its platform in a bid to create a kinder and more respectful experience for users.

It came as almost a quarter (23 per cent) of users said they have been body-shamed online via a dating app or social media, according to a Bumble survey of 1,003 adults.

The app – which gives women the power to choose who they want to talk to – will scan for offending material within profiles.

Automated technology will also be used to detect comments or images that breach the new guidelines within the chat function, before being sent to a human moderator to review.

First-time offenders will be given an initial warning as well as advice on their behaviour, but repeated incidents will lead to the person being permanently removed, the company said.

Naomi Walkland, Bumble’s head of UK and Ireland, said: “At Bumble, we have always been clear on our mission to create a kinder, more respectful and more equal space on the internet. Key to this has always been our zero-tolerance policy for racist and hate-driven speech, abusive behaviour and harassment.

“We believe in being explicit when it comes to the kind of behaviour that is not welcome on our app and, with these changes, we’re making it clear that body-shaming is not acceptable on Bumble.

“We always want to lead with education and give our community a chance to learn to recognise this language and improve.

“However, we will not hesitate to permanently remove someone from the app if there are repeated incidents or particularly harmful comments.”

A wider survey of 14,571 Bumble users from the UK, the US, Canada, Australia and India reported that 71 per cent feel people are more likely to make unsolicited comments online.

Almost nine in 10 (87 per cent) feel that dating is an area where you feel more physically judged than other areas of life.

Bumble has also revealed that it is reviewing its photo moderation policy. In 2016, the firm banned shirtless bathroom mirror selfies and indoor photos in swimsuits and bras.